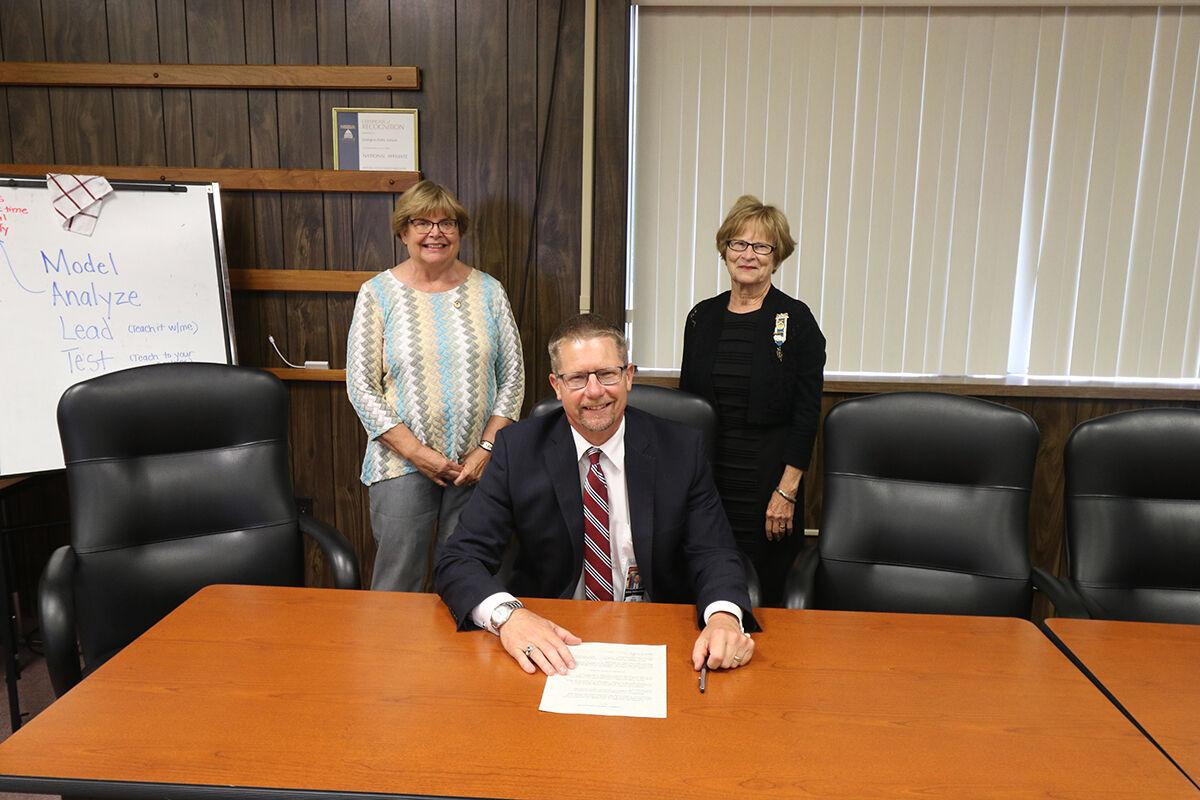 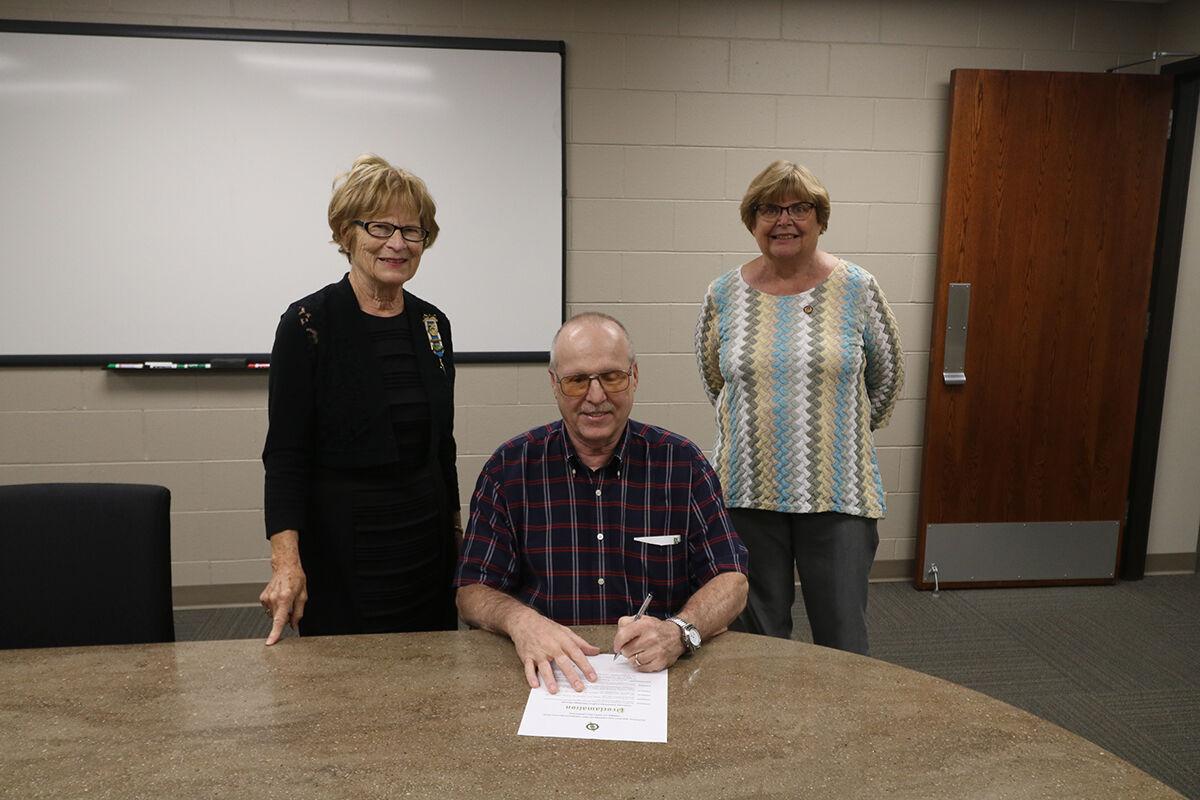 LEXINGTON — The Bonneville chapter of the Daughters of the American Revolution presented a Native American and Constitution proclamations to be signed by Mayor John Fagot, representing City of Lexington and Superintendent John Hakonson, Lexington Public Schools.

The Constitution proclamation read in part, “Sept. 17, 2020 marks the two hundred and thirty-third anniversary of the drafting of the Constitution of United States of America by Constitutional Convection.” Sept. 17 through 23 is Constitution Week.

The proclamation continues, “…and ask our students to reaffirm the ideals that the Framers the constitution had in 1787 by vigilantly protecting the freedoms guaranteed to us through this guardian of our liberties, remembering lost rights may never be regain.”

The central government under the Articles also had one issue which was summed up by two words by George Washington, “No money.” The government could print money, but it was worthless, it could borrow money but couldn’t pay it back. None of the new states paid all of their taxes, while some paid nothing at all. If things kept up, the United States would default on its outstanding debts by 1786.

During 1787 the delegates from states were generally convinced that an effective central government with a wide range of enforceable powers needed to replace the weak government created by the Articles.

Two different plans were debated among the delegates with major contentions arising from how states would be represented in the new government. The Great Compromise as it came to be known created the House of Representatives, where representation would be based on population and equal representation in the Senate.

Ironically, the Bill of Rights were not a part of the original Constitution, the first ten amendments were added to appease critics during the debates of 1788.

Since its inception the Constitution has been amended 27 times, including one amendment which repealed a previous one.

The second proclamation signed was for National American Indian Heritage Month in November.

The proclamation read in part, "The history and culture of our great nation have been significantly influenced by American Indians and indigenous peoples, the contributions of American Indians have enhanced freedom, prosperity and greatness of America today. Their customs and traditions are respected and celebrated as a part of a rich legacy throughout the United States."

Native American Awareness Week was started in 1976 and recognition was expanded by Congress and approved by President George H. Bush in 1990 and designated November as American Indian Heritage Month.

The Nebraska prairie was home to several indigenous Native American tribes, including the Omaha, Missouria, Ponca, Pawnee and Otoe. Several branches of the Lakota Sioux tribes also lived in the area. These people inhabited the region for thousands of years before European exploration.

Each tribe had their own histories and rich tradition, those societies who were based around agriculture tended to be more sedentary, like the Pawnee. Many societies changed after the introduction of horses by the Spanish in the 1600s. Buffalo hunting was expanded and tribes ranged the Great Plains following the massive herds.

After the arrival of Europeans, native tribes were ravaged by Old World diseases and were forced off their lands by the ever encroaching settlers. Some natives chose peace, some chose to fight back.

A coordinated attack by Sioux, Cheyenne and Arapaho natives ranged from Colorado to Nebraska. Part of this, on Aug. 8, 1864, the Plum Creek Massacre occurred when 100 Native Americans descended out of the hills and attacked a wagon train and killed 11 people.

Native fits of violence in the face of white settler encroachment only brought harsh reprisals including massacres and moving natives to reservations.

Today there are six reservations in Nebraska, which include the Omaha, Winnebago, Ponca, Iowa, Santee Sioux, Sac and Fox.

BERWYN — A 19-year-old Gibbon woman was killed after a head-on collision with a Freightliner semi on Friday, Sept. 11 on Highway 2 in Custer County.

Nebraska counties will be in phase four of the directed health measures until at least Oct. 31

DAWSON COUNTY — All Nebraska counties, as of Monday, Sept. 14, are now in phase four of the directed health measures. This phase will be conti…