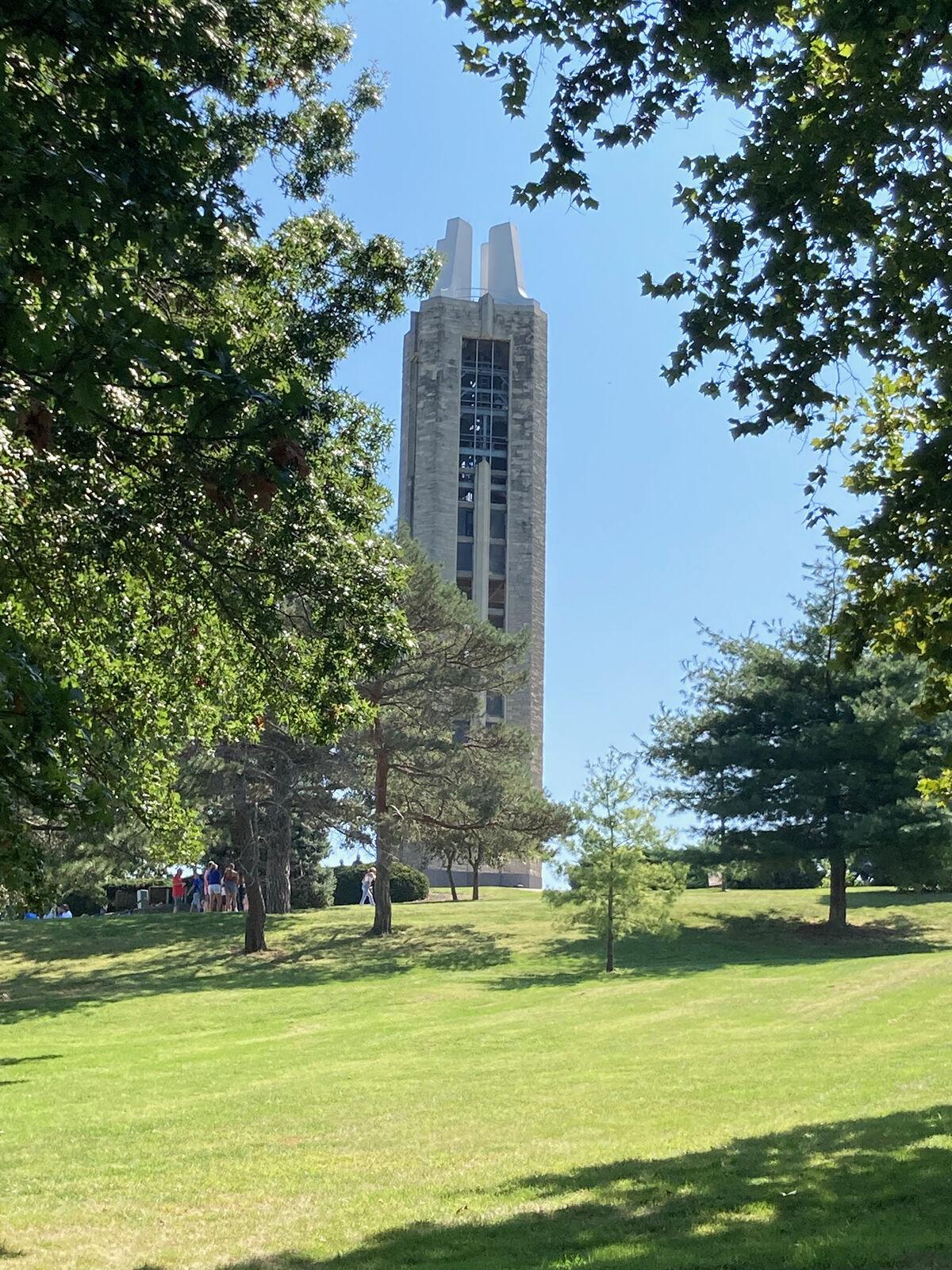 The University of Kansas - Lawrence Kan.

The Minutemen and Minutemaid cross teams took to the road and competed in one of the largest high school cross country meets in the Midwest at the Rim Rock Classic in Lawerence, Kansas. With a picturesque setting of rolling hills, covered bridges, and tree-lined paths, multiple race divisions challenged the runners that included runners from seven states and over 2500 hundred athletes.

The Minutemaids ran in the Crimson division and had one of their stronger outings as a team this season. Senior Kennadi Ureste, led the performance as she set a personal best on the course in a time of 20:41 and was a medalist at 19th place. Running on the course for the first time, Sophomore Maddy Armstrong had an incredible race as she improved her season best by over a minute and completed the course in 21:37 in 47th place. Meanwhile Freshman, Yovana Contreras was right behind in 58th place running a season best in 21:50. Four of the six girls were running the course for the first time and did a respectable job navigating the rolling hills and high level competition. The girls need to continue to figure out an effective start so their end-of-race pace is stronger. Team-wise, the Minutemaids finished 9th out of a field of 21, breaking the top 10 for the first time in over five years.

A talented group of runners stepped to the line in the boys’ Crimson Division and challenged the Minutemen to rise to the occasion. Utilizing a strong last thousand meters, Jayden Ureste led the Minutemen and set a personal best time of 16:51 and placed 11th. Teammates Ian Salazar and Oscar Aguado stayed within range, both breaking 17 minutes on the course and finishing as medalist in 16th and 20th place, respectively. Senior Garrett Converse, despite facing an injury challenge late in the race came in 26th just shy of the medalist range. Sophomores Miguel Cruz and Lazaro Adame rounded out the Minutemen’s effort but placing 31st and 33rd. Four of the boys were running the challenging course for the first time. The learning experience was very valuable as the Minutemen learned how to run amongst a larger group of people and with higher level competition.

The Minutemen’s team’s intent was to continue to pack effectively in the race and learn as much as possible. Our time gap between our 1st and 4th runners was an effective 23 seconds and to our sixth runner it was 37 seconds.

The Minutemen’s solid packing allowed them to win the Crimson Division outracing Salida, Colorado. It was only the second time the Minutemen have won this division at the Rim Rock Classic. The last time was in 2008 and in 2019, the Minutemen were second.

Setting the tone for the day, the five Minutemen: Greg Treffer, Antonio Moro, Anthony Taracena, Tyler Woody, and Alex Gomez ran in the Crimson JV division and capped off a team title. All five runners were medalists and placed in the top 25. Antonio Moro battled for the race individual title and was out-leaned at the end and place second by hundredths of a second.

ALLIANCE — The Lexington Minuteman improved their season to 4-4 with their 31-7 win over the Alliance Bulldogs on Friday, Oct. 15.

AXTELL — After losing their first five games, the Overton Eagles found their footing and won their last three games of the season. Their last …

BERTRAND — The Bertrand Vikings fell to the Perkins County Plainsmen during the first round of the D1 state football playoffs, 46-28.

The University of Kansas - Lawrence Kan.