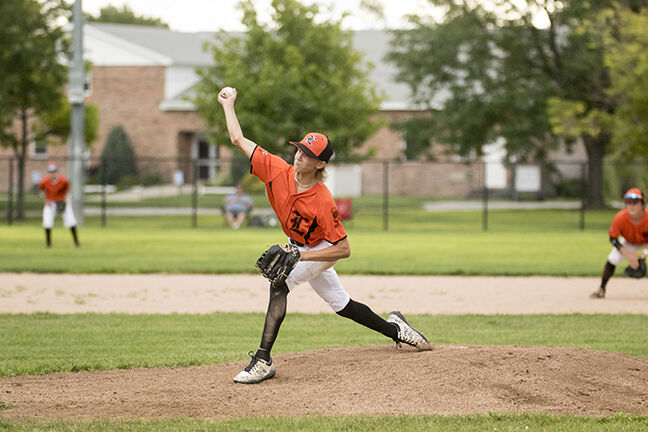 Lexington’s Greysen Strauss threw a no-hitter in the final juniors game of the season with the Cozad Reds.  With Strauss handling the mound, the Pinnacle Bank juniors took a 10-0 win over Cozad. 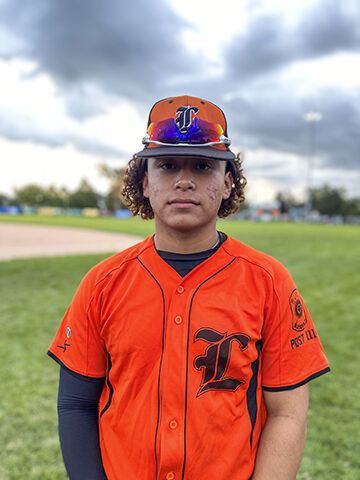 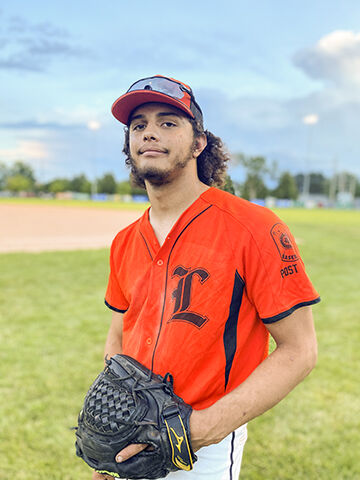 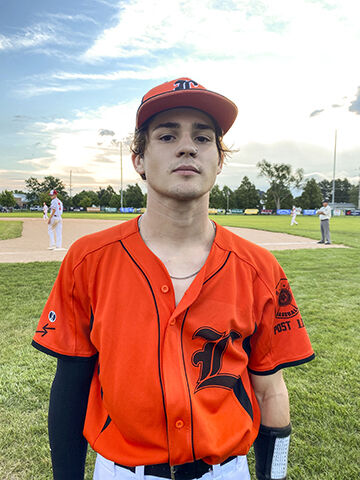 Lexington’s Greysen Strauss threw a no-hitter in the final juniors game of the season with the Cozad Reds.  With Strauss handling the mound, the Pinnacle Bank juniors took a 10-0 win over Cozad.

COZAD – Almost as suddenly as it began, the Lexington pinnacle Bank Legion baseball season comes to a close with a doubleheader in Cozad where the juniors defeated the younger Reds team, 10-0, and the final game with the seniors ended with a Lexington loss, 5-12.

The largest portion of the credit for the juniors win against Cozad could be handed to pitcher Greysen Strauss. Strauss threw a no-hitter with 43 strikes on 65 pitches for nine strikeouts through five innings.

Players to score runs for the Pinnacle Bank juniors included Topher Swartz, Landen Johnson, Strauss and Jacksen Konrad with two runs, Levi Converse with one, Morgan Bailey with two and Will Leibert with one run.

Lexington head coach Vince Leibert was animated and proud as he discussed the Pinnacle Bank juniors.

“Our Juniors are just kind of where we’re going,” Leibert said about his younger players. “We just have to keep those guys going, building them, and keep their confidence as we expand their knowledge. A lot of these guys played in the higher level and I believe that has advanced their junior play.”

When asked if the juniors’ performance gave him hope for the future of Lexington Legion baseball he said hope isn’t an option.

“That’s one of my things. I told these guys we don’t hope, we expect,” Leibert explained. “If these guys go to work and continue to get better, I expect them to compete at the level we need to compete to win games and be competitive with anyone that we need to play.”

The seniors game had a slow start for the Lexington boys. Pinnacle Bank trailed 1-11 at the top of the fifth inning. Anthony Rodriguez batted Henry Cabrera into home for Lexington’s second run of the game. The game looked to end halfway through the fifth inning when Pinnacle Bank had loaded bases with two outs.

Landon Johnson scored Lexington’s third run on a passed ball and Rodriguez and Jase Thorell advanced to third and second, respectively. With a 2-2 count, Mason Tilford poked a line drive into left field, driving Rodriguez and Thorell home. Lexington had gained ground and extended the game another inning and the score rested at 5-11.

“The second game started, unfortunately, like too many of ours this year,” Leibert said of the seniors game. “We were struggling with pitching, not getting enough balls in the zone and walked a lot of batters. Early on, we just put ourselves in a hole and couldn’t seem to rally. Our guys, to their credit, they could have went down like we have in other games, lost 12-1 and been done. Instead, they got off the bench and got some fire going and showed what they’re capable of doing when they’re ready to do it.”

The closing of the season brings the unfortunate realization that some players will not be returning for the next season. Coach Leibert took a few moments to talk about his three seniors that age out of the Legion baseball program in 2020.

“Aaron Salcido is probably the most unselfish player on the team,” said Leibert. “He’s been here for six years. He’s not played a lot and been a bench player for most of his career but he’s always been here, in the dugout, been there for his team and always ready to go when it’s time to play. Efren Aguirre was a career bench guy until last year when he started playing really hot. He’s kind of struggled this year but he fought through it and had a good finish. I’m proud of the progress he’s made over the last two years. Then, of course, the last one is Vinny; my kid. I’ve watched him play ball since he was six years old so it’ll be weird not having him there, next year. Without Vinny getting us a lot of innings with pitches I think we could have been in a deeper hole than we were in a lot of these games.”

To close the interview after Wednesday’s games, Leibert was asked if he had anything to add for the fans to close the season.

“Last time I get to say anything to fans for the year?” Leibert said looking to the storm clouds on the horizon. With players gathered around to hear his words, Pinnacle Bank baseball erupted in agreement as Leibert arched a small smile and said “We’re coming.”