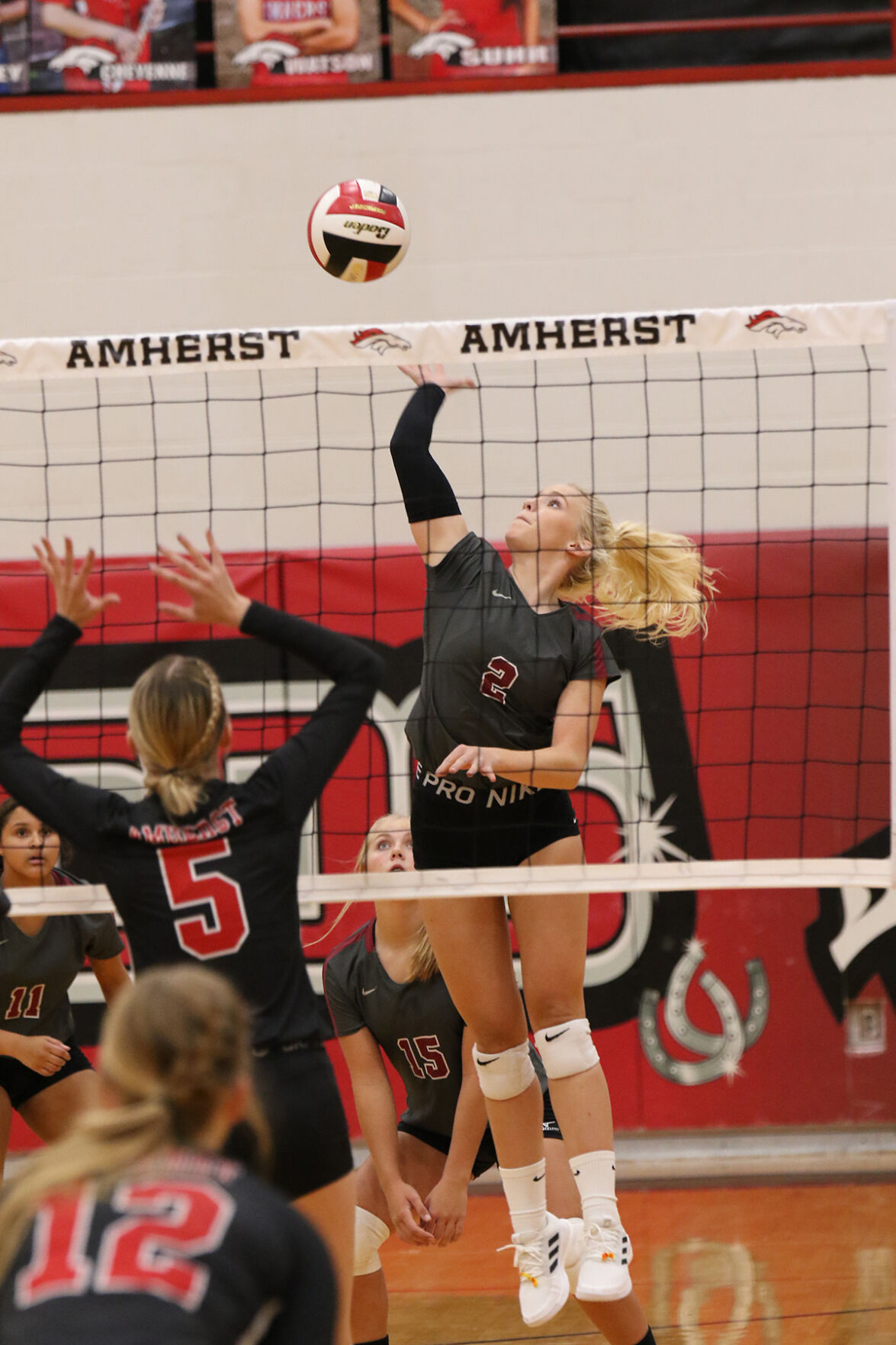 Hi-Line's Carley Thompson gets the ball over the net. 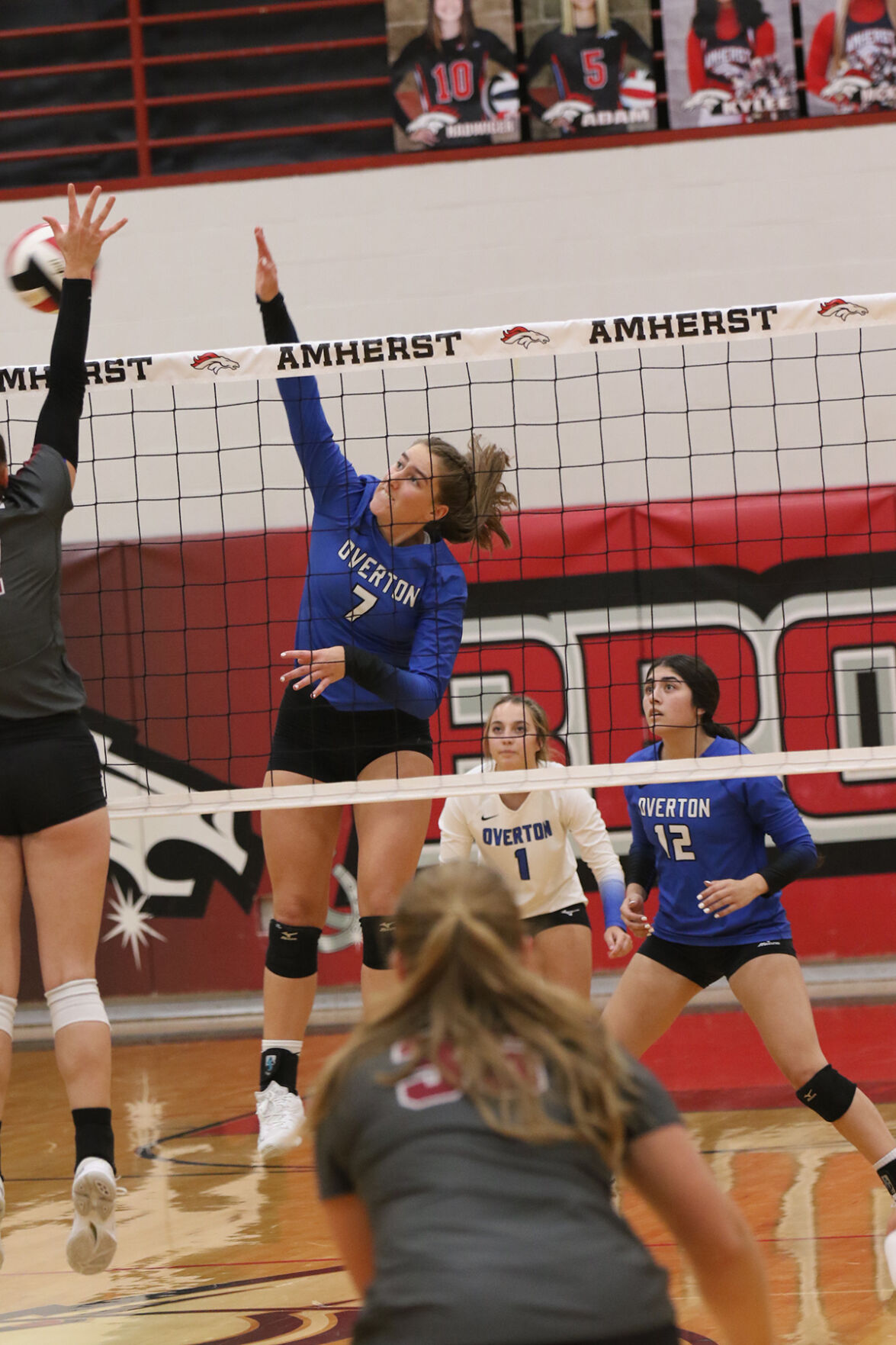 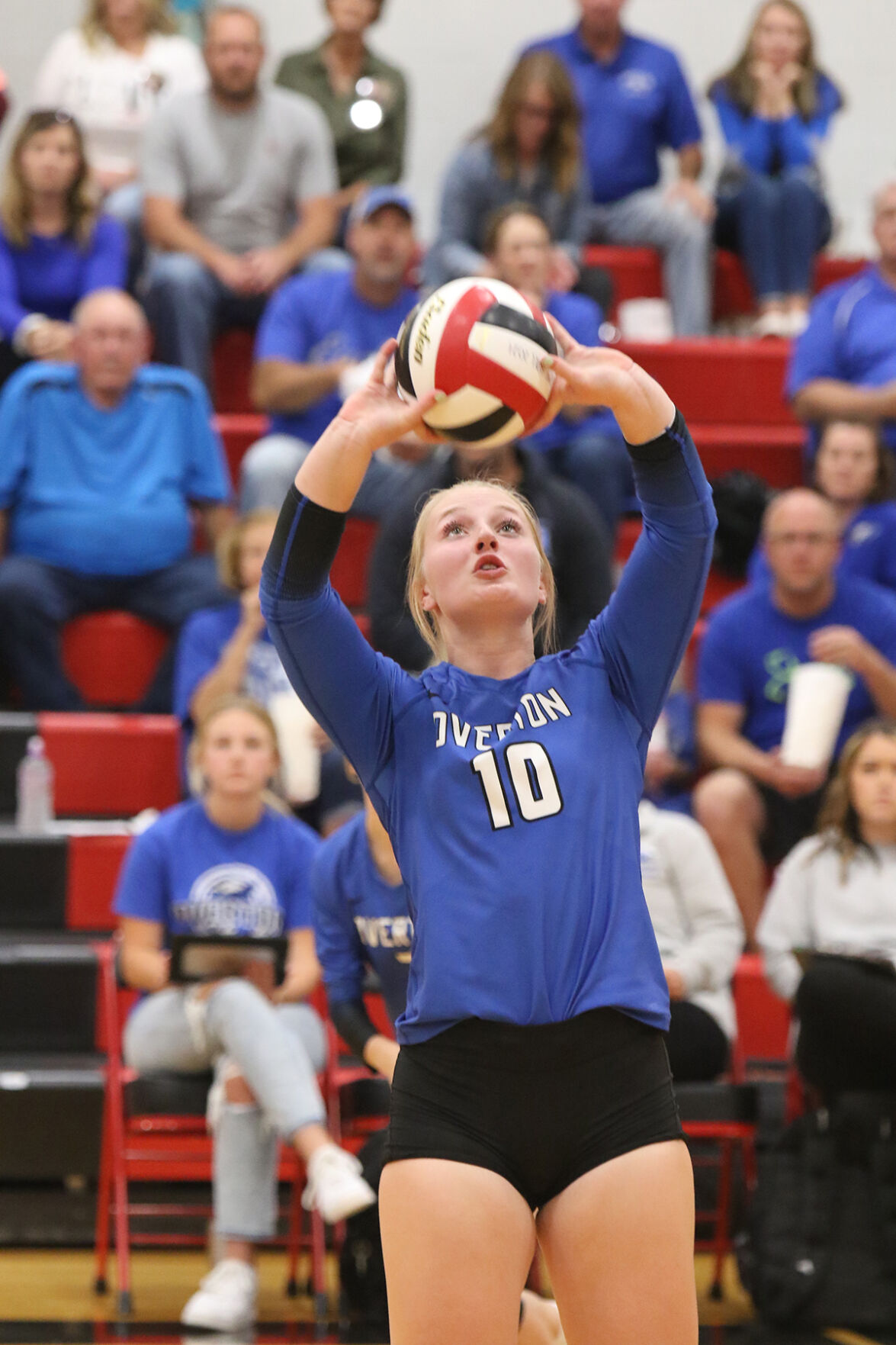 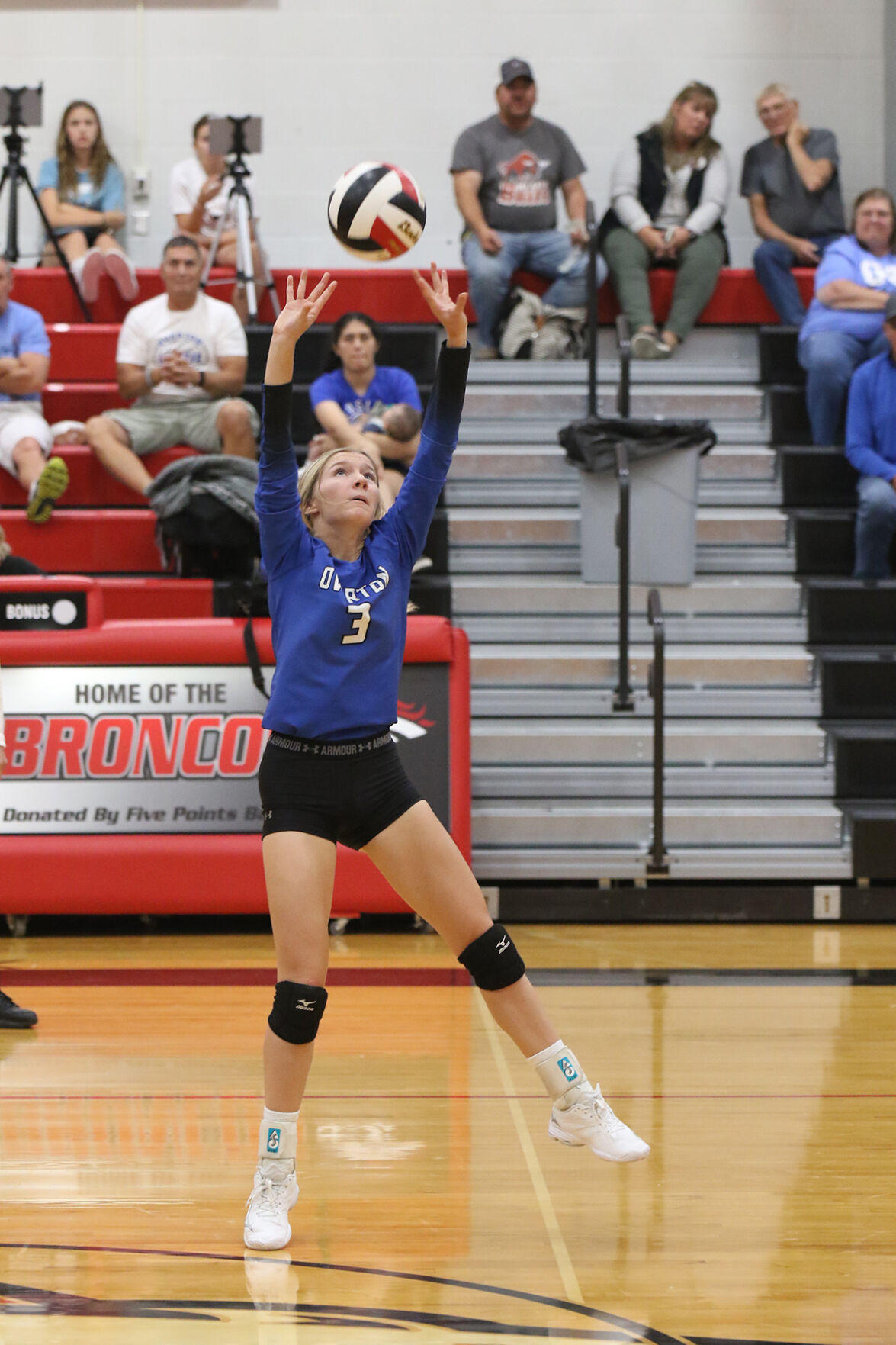 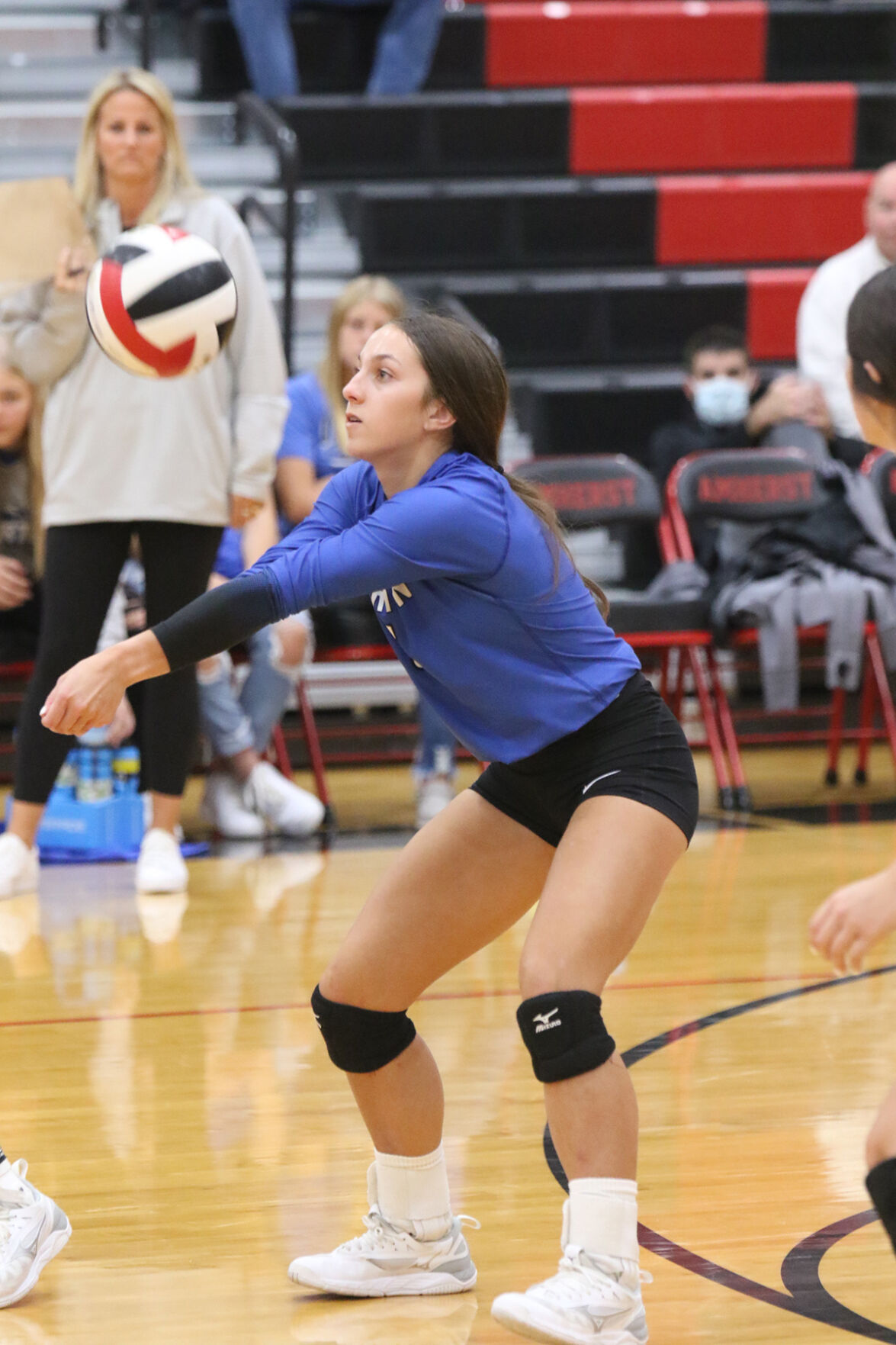 Gracyn Luther (6) with the ball.

AMHERST — Both the Overton Eagles and Hi-Line Bulls traveled to Amherst on Thursday, Sept. 23 for a volleyball triangular.

The first game was between HI-Line and Amherst Broncos, the Bulls played well but it wasn’t enough to overcome Amherst and they lost 25-9, 25-16. Ansley Williams, #17, Carley Thompson, #2, and CiCi Lerdall, #11, stood out in their performances.

Notable performances from the Eagles were JoLee Ryan, #7, Natalie Wood, #16, and Kenzie Scheele, #12.

Ryan had 13 kills, Scheele and Wood both had six and Blair Brennan had five.

The last game was between the Eagles and the Broncos. Both teams had great plays but in the end the Broncos came out ahead beating the Eagles in three, 26-24, 27-25 and 25-20.

On the attack, Ryan had 16 kills, Scheele, nine and Wood seven.

The Eagles now have a 12-3 record. They play next when they travel to Shelton for a game on Tuesday, Sept. 28. Overton will face a Bulldogs squad coming off a 2-0 win over Blue Hill. The Bulldogs record now stands at 18-1.

Hi-Line drops to a 5-14 record, they travel next to Elm Creek to battle the Buffalos on Thursday Sept. 30. The Buffaloes will come into the game with a 2-14 record. Elm Creek lost 3-1 in their recent contest against Arapahoe.

NFL Week 6 Market: Will weather be a factor?

CAMBRIDGE — The Hi-Line Bulls faced off against the Cambridge Trojans in an away game on Friday, Oct. 8 but fell in three matches.

In a tough defensive battle, the Minutemen take down McCook, 8-5

LEXINGTON — In a stiff defensive fight, the Lexington Minutemen football team triumphed over the McCook Bison, 8-5, during the home conference…

Hi-Line's Carley Thompson gets the ball over the net.

Gracyn Luther (6) with the ball.