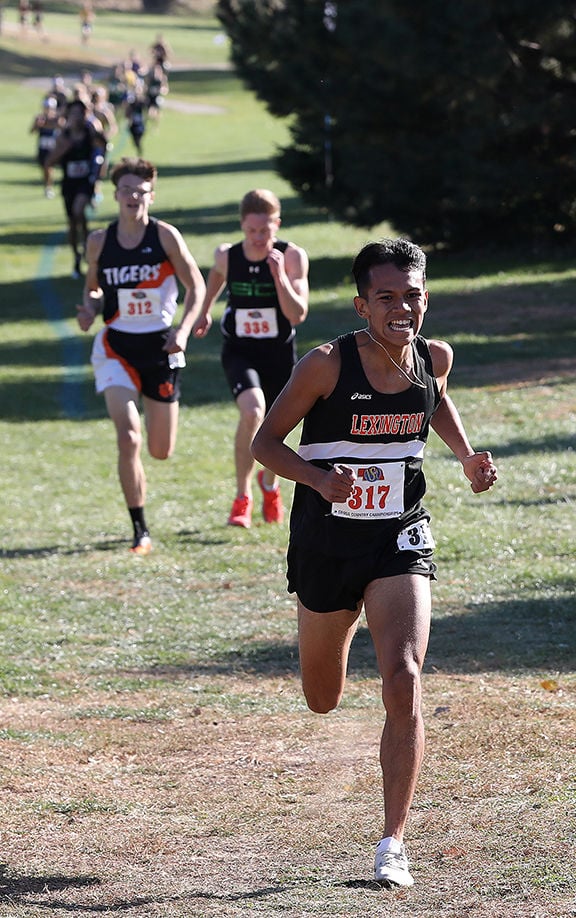 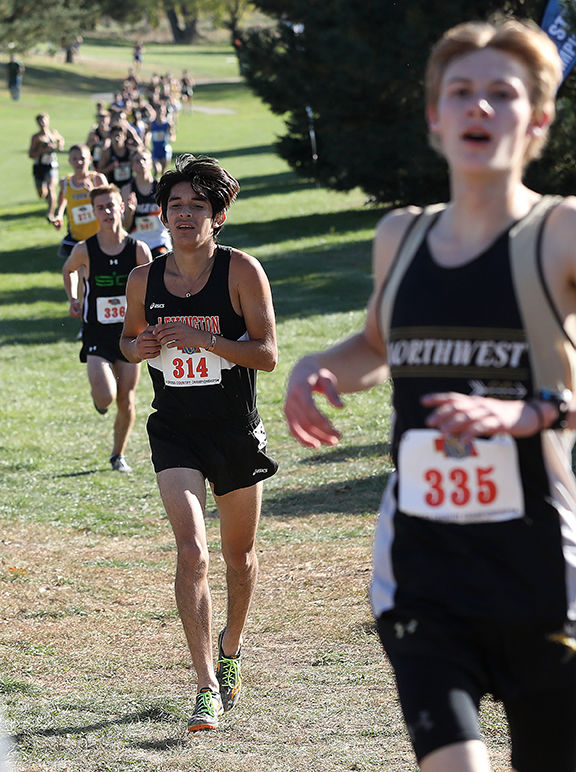 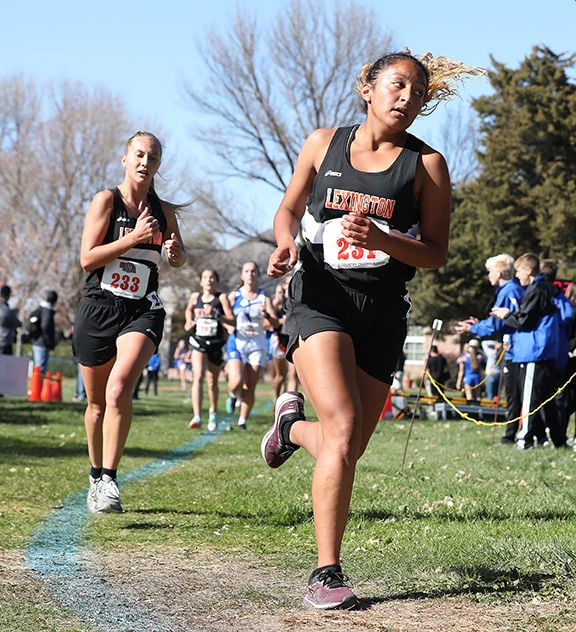 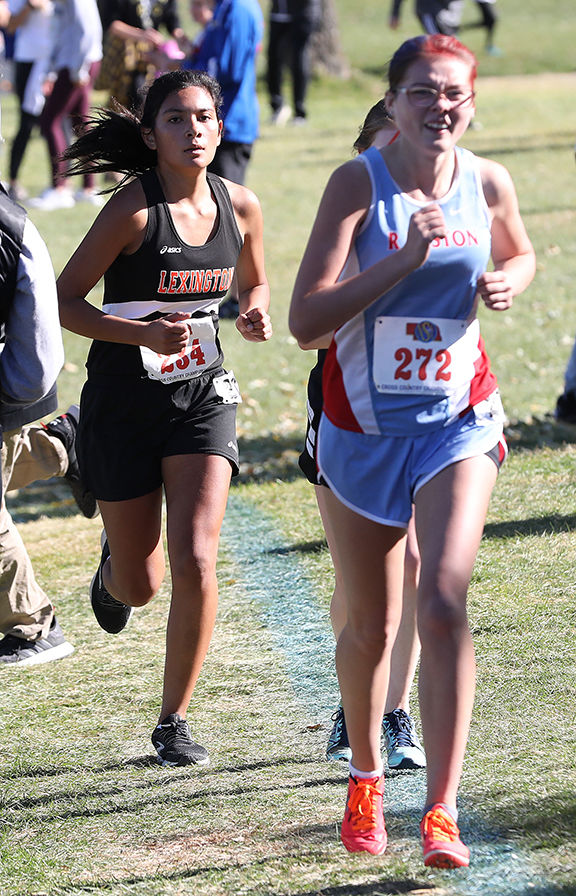 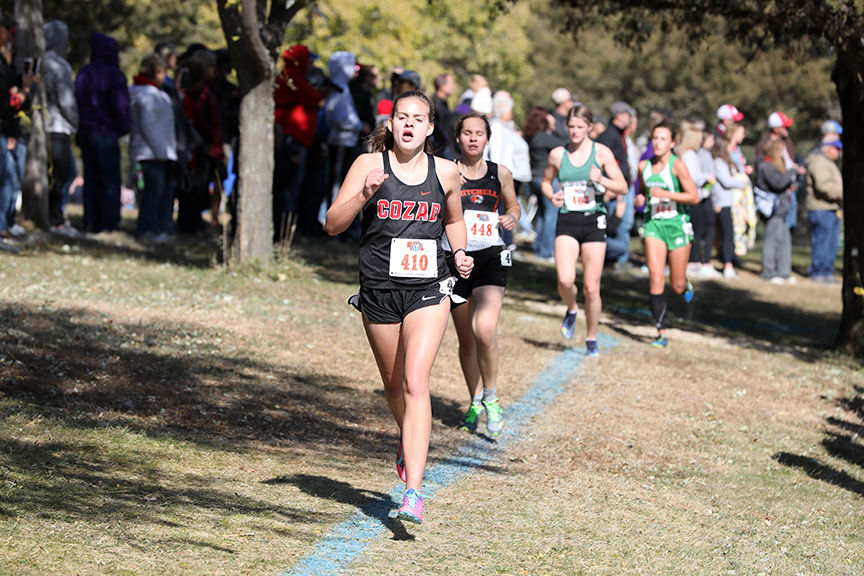 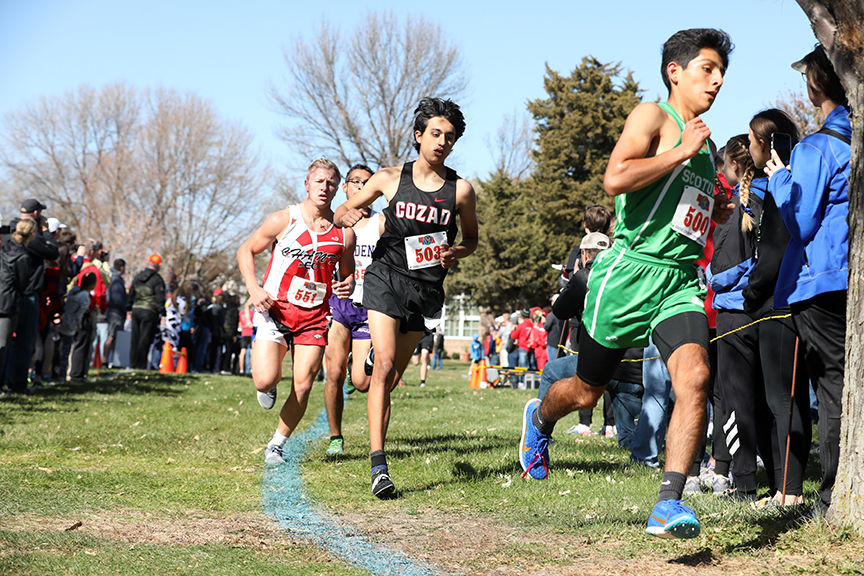 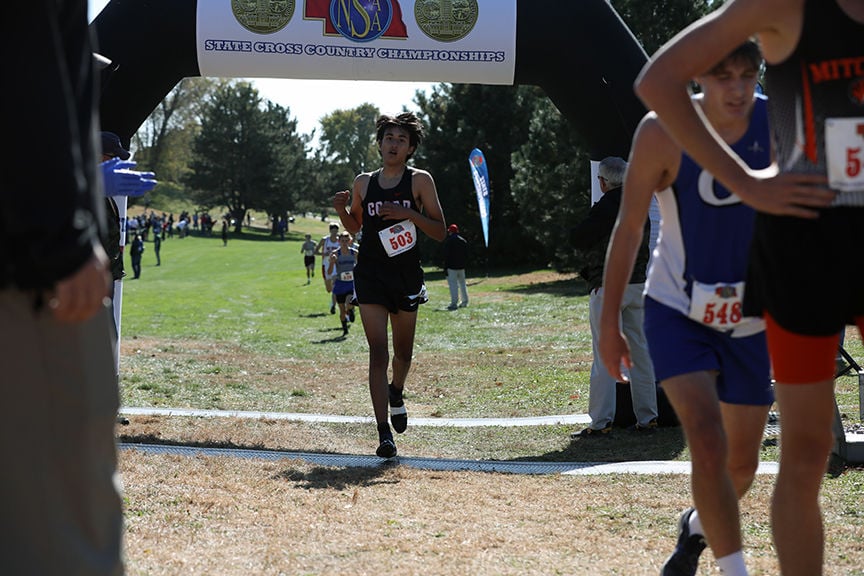 KEARNEY – The NSAA held the State Cross Country Championships in Kearney last week on Friday, Oct. 25. The best of the best traveled and converged on Kearney Country Club for the biggest cross country event of the season where Lexington Area Schools had several participants.

The Lexington Minutemaids took fourth place overall at the meet with a total team score of 98. The ‘Maids also celebrated two finishers in the top 15 at the meet, sophomores Kennadi Ureste in ninth place with a time of 20:22.92 and Kayla Barrios followed in 12th, finishing in 20:28.54. Freshman Marissa Garcia finished in 21:58.82 for 32nd place overall and rounding out the scoring runners for the Lexington girls was senior Jessica Virgilio in 45th with a time of 22:27.82. Senior Sabrina Converse took 52nd place, finishing her run in 22:47.23 and junior Janet Aguado recorded a final time of 23:28.91 for 59th place overall.

“We were hoping to finish slightly higher in the rankings but we needed to pack more effectively,” Lexington head coach Sam Jilka wrote in an e-mail after the meet. “With younger girls making up the squad it allows the girls to continue to work to earning more opportunities. I’m proud of how the girls came together during the season and ran strong together and being willing to work to achieve and not give up or quit.”

The Minutemen took runner-up as a team at the state championships with a team score of 59. The Lexington boys, like the girls, saw two runners in the top 15. Seniors Yanni Vasquez claimed fourth place and Cyrus Rhea took 10th, completing in 16:37.89 and 16:53.89, respectively. Junior Elmer Sotelo took 21st place, finishing in 17:22.97 and sophomore Sean Worthman completed the Lexington boys’ score with a 17:25.99 run for 24th place. Senior Alexis Hernandez filed in at 28th place with a time of 17:30.23 with sophomore Garrett Converse behind at 17:58.65 for 45th place.

“The Minutemen earned their third-straight Class B Runner Up trophy with 59 points 32 points off of Omaha Skutt,” Jilka continued of the boys’ performance. “Skutt is a tremendous program and talented year-in and out. The room for error in racing against them is minimal and the team has to run incredibly well to knock them off. We just weren’t able to be that effective.”

Senior Gabe Estrada led the Haymakers in 12th place with a final time of 17:11.6 while his teammate, senior Austin Werner, finished in 18:29.9 for 59th place.

The Hi-Line cross country team qualified one for the state meet. Elwood freshman Whitney Dickau completed the course in her best time of the season at 23:29.9 for 88th place.

“Whitney ran a great race, finishing in her fastest time of the year on this challenging course,” Hi-Line head coach Caleb Wall wrote in an e-mail. “Whitney’s 23:29 was several minutes faster than her time earlier in the year when we ran the UNK invite on this same course. I was pleased to end the year with a great performance at the state meet.”