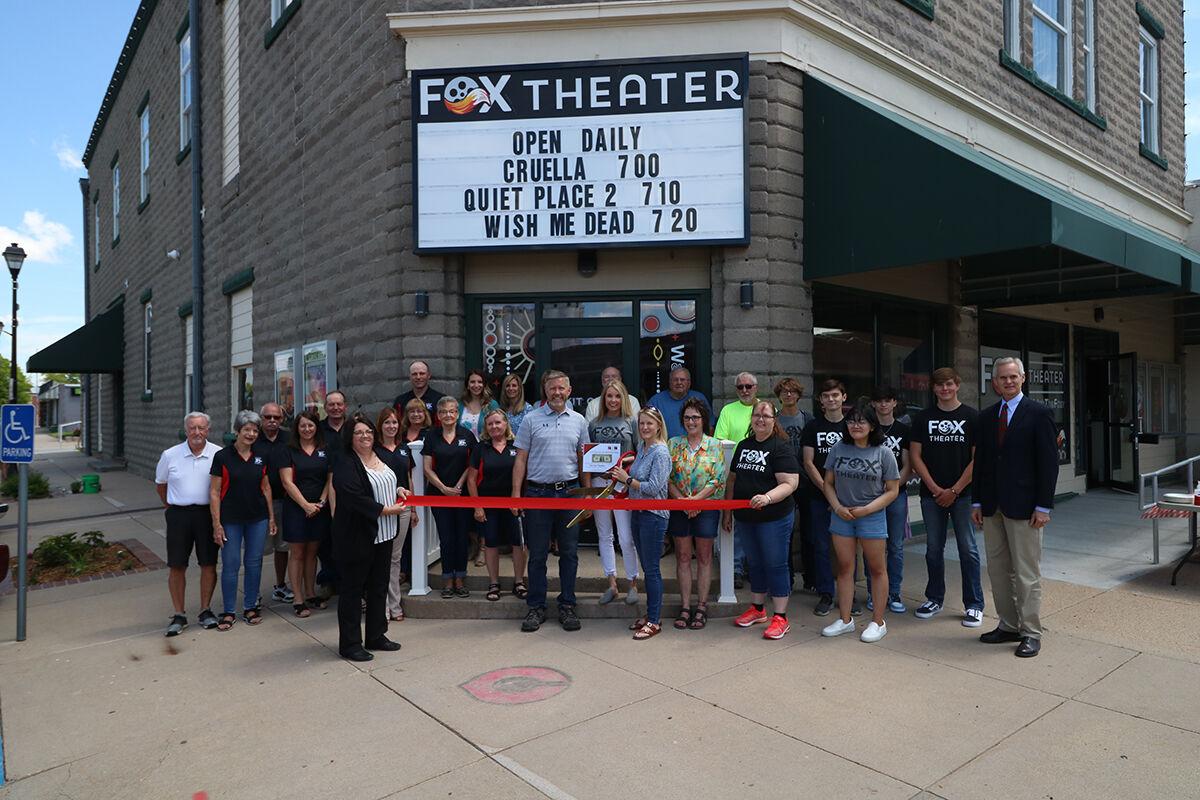 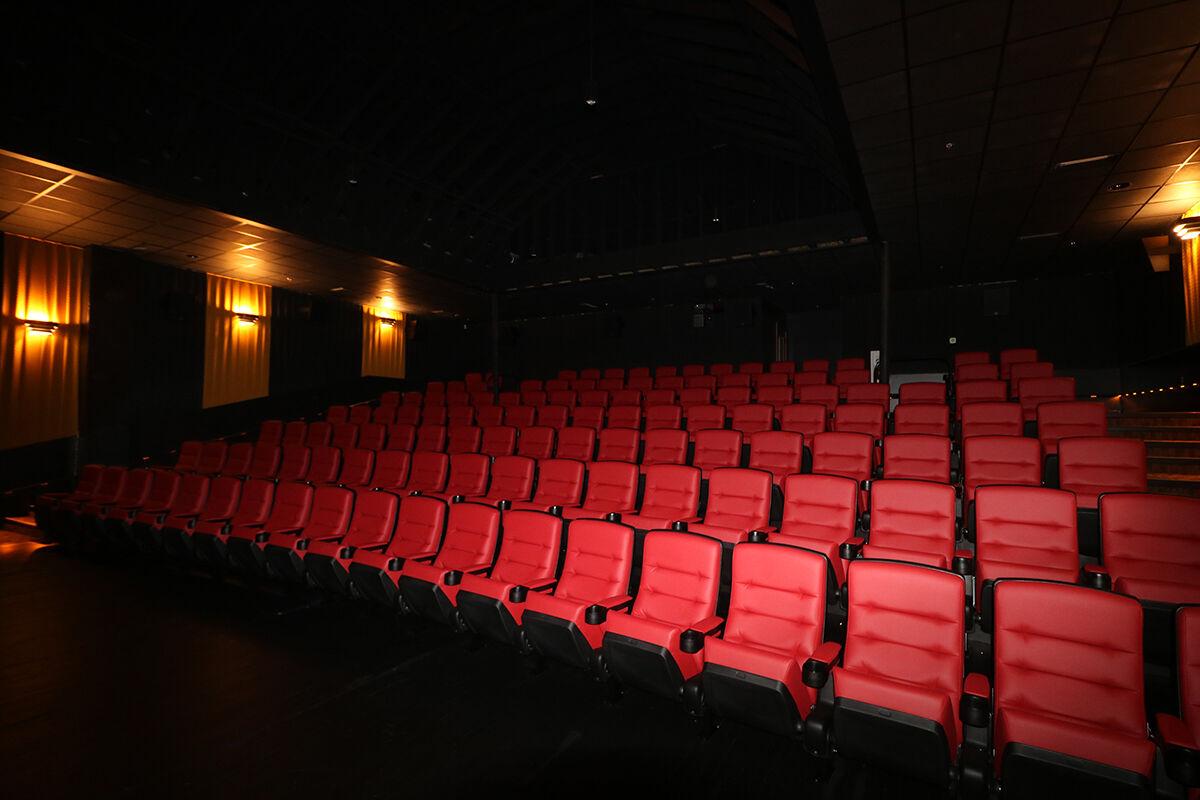 The largest theater on the second floor of the Fox Theater in Cozad, there are two smaller theaters on the ground floor. The location held its grand opening in February.

The Cozad Development Corporation, CDC, led by Executive Director Jennifer McKeone, worked for several years to bring a theater back to Cozad.

Before the ceremony, McKeone said she had reached out to Stewart Fox of Broken Bow, whose family has operated the Tiffany Theater for more than 15 years. She asked him if a building could be found, if they would bring a theater to Cozad.

Fox and the CDC toured the Allen’s Theater and McKeone said they fell in love with the concept of a movie theater in the historic building. However, the renovations were going to be extensive, McKeone said she reached out to Paulsen’s who said she was, “crazy, but we can do it.”

After a structural survey, the CDC applied for a grant from the Civic Center and Community Finance Fund from the state. Funding also came from citizens in the 100th Meridian community.

McKeone said when she received word they were awarded the grant, the whole project went from conceptual to workable.

In October 2020, the theater also received a $40,000 donation from The Home Agency and BHA Real Estate.

The amount of volunteer hours that went into the theater are beyond count, McKeone said people helped to install seating, painted, cleaned and even sewed curtains.

Fox spoke saying the theater was a “very unique,” project and also thanked the volunteers for all of their hours they put in.

Lt. Governor Mike Foley was on hand for the ribbon cutting, calling it, “an exciting day for Cozad.”

Foley’s purpose in Cozad was twofold, earlier in the day he presented an Economic Development Certified Community Recertification to the CDC. He said this is the fourth time Cozad has won the award; there are only 40 communities in the entire state that has earned this award, Cozad being one of them.

“This community is very serious about creating a future for their children and their grandchildren,” Foley said. He noted the Fox Theater is just one example of what Cozad is doing to develop for the future. “What an amazing amenity this is to have in a community this size.”

Cozad’s position along I-80 between North Platte, Gothenburg, Lexington and Kearney, Foley said the 100th Meridian is going to be a destination.

Cozad had been previously served by the Rialto Theatre, which opened in 1921. It was a staple in the community for decades, but by 2008 the building had fallen into disrepair and closed. The City of Cozad acquired the property in April 2015 and chose to demolish the building.

The Fox Theater held its grand opening on Feb. 19, 2021. The theater features three different movie screens, one large theater on the second floor and two smaller on the ground floor.

The theater is open seven days a week, from 6:30-8:30 p.m. People can check out their Facebook page or www.watchthefox.com to see what movies are being offered.

It seems fitting Cozad’s latest addition to access popular entertainment is in the same historic building Cozad residents of a 100 years past went for the entertainment of their day.

The Allen’s Opera House was built by Charles Hart and a Mr. Shanholt in 1906 for Charles E. Allen, a business man and banker who co-owned the Cozad State Bank and the Allen’s General Store, both businesses were located on the first floor of the building, according to the National Register of Historic Places.

The building has been listed on the National Register of Historic Places since Sept. 28, 1988. Its construction is consistent with most Nebraska opera houses built in the 20th century, the façade lacks ornamentation, aside from stone ledges above and below the windows, according to the building’s historic registration form.

Are aliens not coming to Earth because of the cost?

Are aliens not coming to Earth because of the cost?

What is that mysterious 'blinking' object in space?

What is that mysterious 'blinking' object in space?

Driver killed, three injured in rollover accident on I-80 between Lexington and Overton

LEXINGTON — A Roanoke, Va., driver was killed and three occupants injured when a pickup pulling a camper rolled into the median on Interstate …

COZAD — The City of Cozad (pop. 3,787) has earned ongoing recognition from the State of Nebraska for recent business and housing development e…

ELWOOD — With the Gosper County Bi-Annual Fair Parade just around the corner, businesses have been encouraged to participate and decorate thei…

Pony Express Re-Ride to pass through the area June 24

DAWSON COUNTY — If you are driving south of the Platte River on June 24, you may just see a sight more at home in 1860. The Pony Express Re-Ri…

LEXINGTON — A Case tractor caught on fire during the morning of Thursday, June 3, north of Lexington.

LEXINGTON — On June 9, 2021, Dawson Area Development’s Dawson Area Youth Leadership program will host a ceremony in Lexington at the Majestic …

The largest theater on the second floor of the Fox Theater in Cozad, there are two smaller theaters on the ground floor. The location held its grand opening in February.