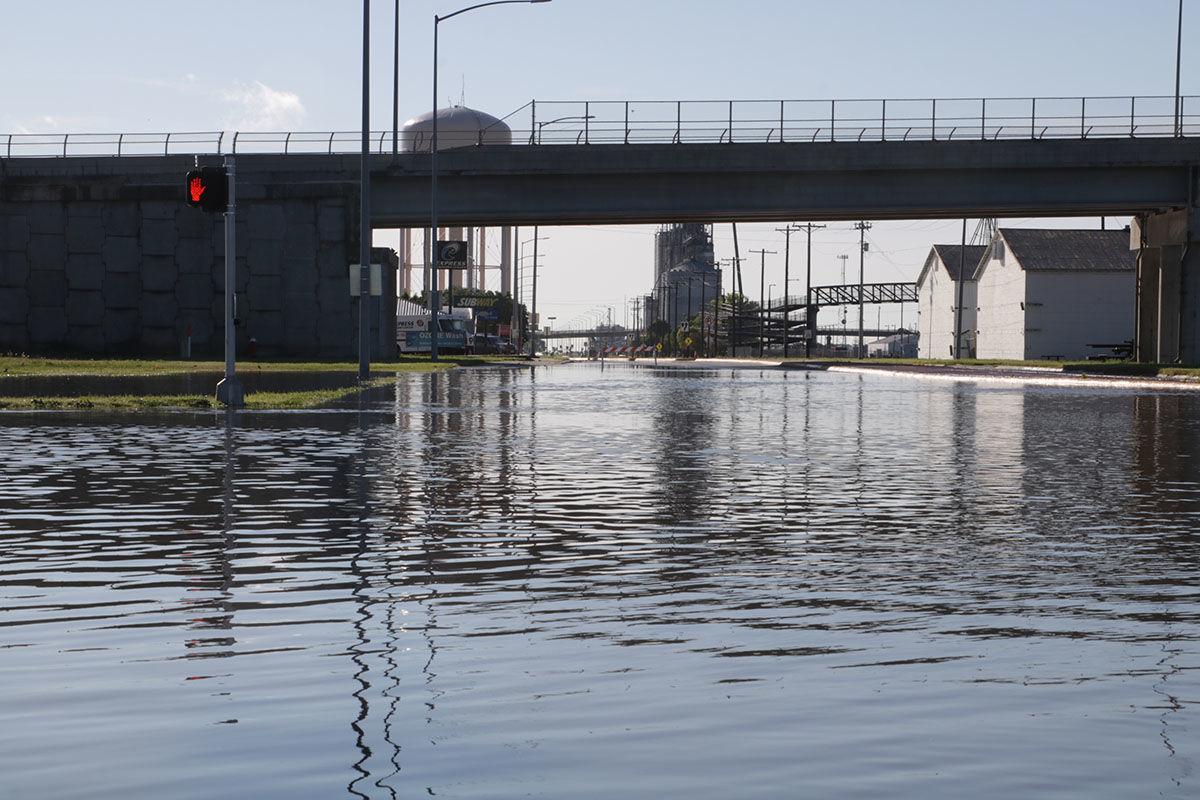 The intersection of Ontario St. and Highway 30 the morning of July 9 after heavy rainfall up to five inches fell in Lexington, the flooding lasted most of the day. 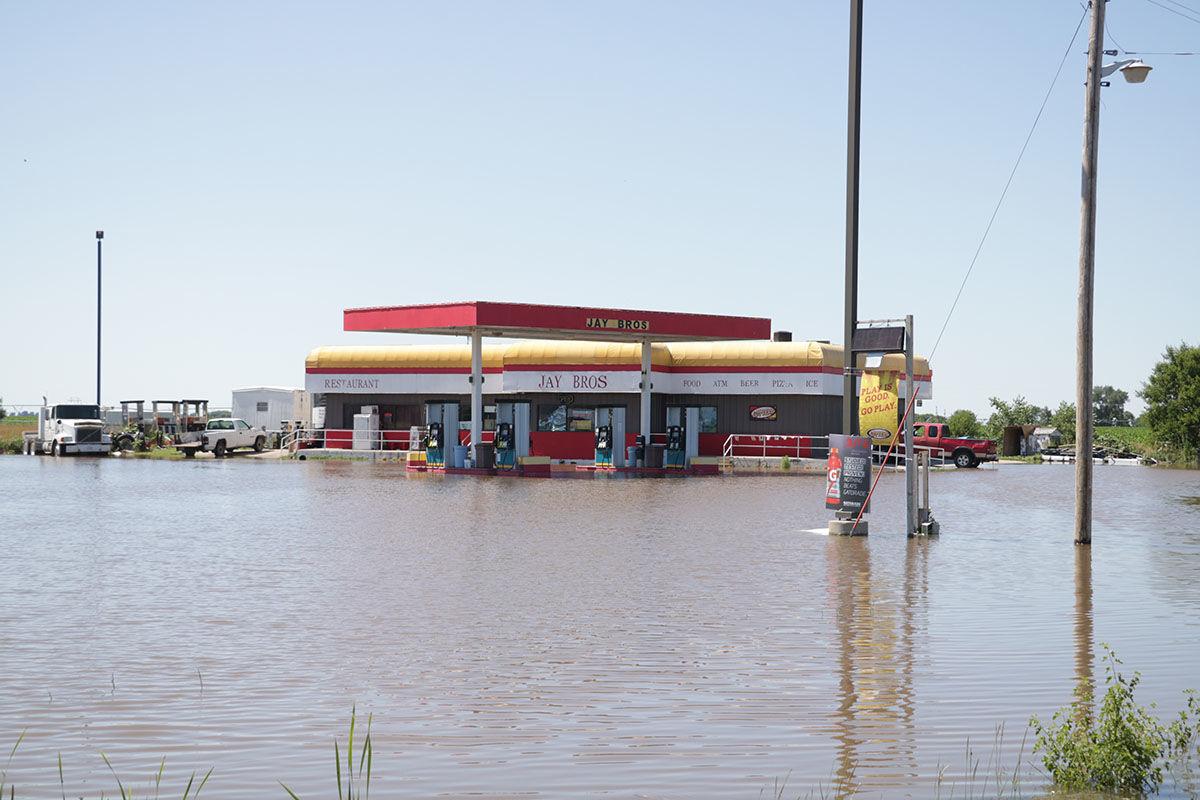 Jay Bros on the Overton I-80 exit was flooded several times during the year of 2019, it was no different during the afternoon of July 9, 2019. 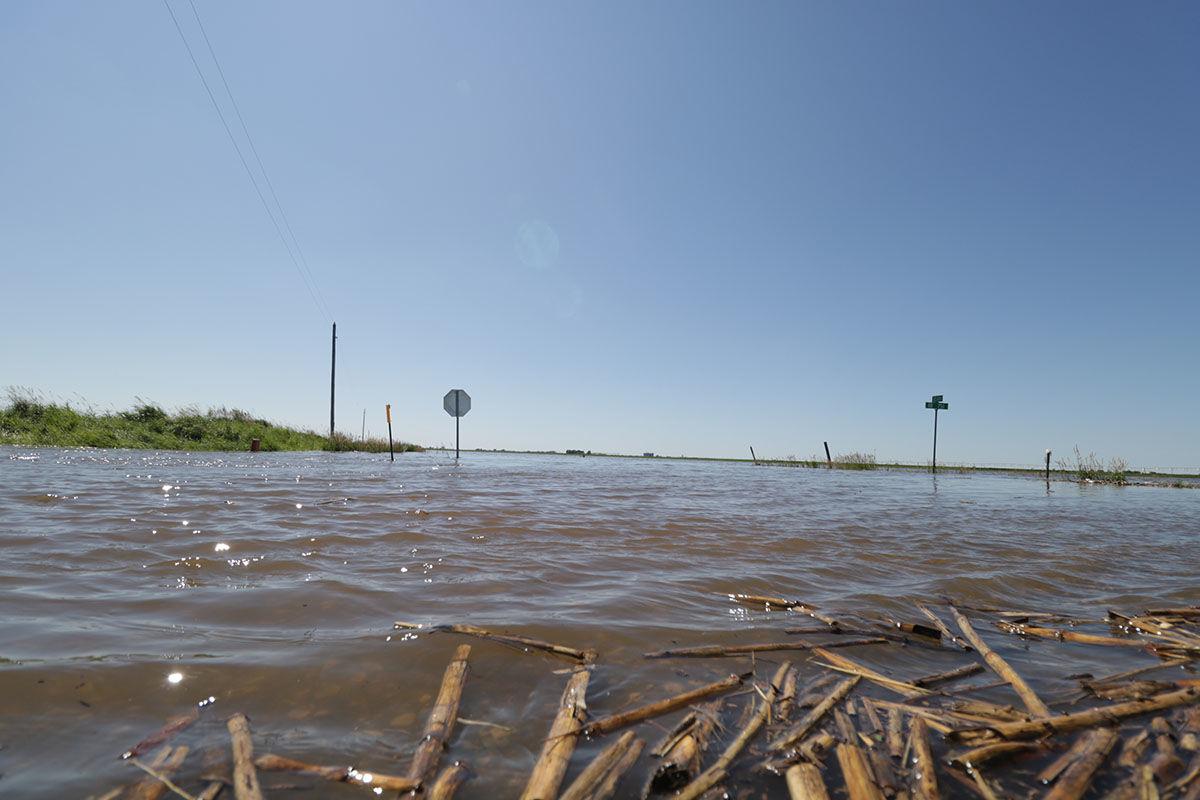 The intersection of Road 751 and 444 south of Overton lies underwater. The southwestern area of the county saw much of the water drain over the coming days.

The intersection of Ontario St. and Highway 30 the morning of July 9 after heavy rainfall up to five inches fell in Lexington, the flooding lasted most of the day.

Jay Bros on the Overton I-80 exit was flooded several times during the year of 2019, it was no different during the afternoon of July 9, 2019.

The intersection of Road 751 and 444 south of Overton lies underwater. The southwestern area of the county saw much of the water drain over the coming days.

DAWSON COUNTY — While 2019 will be remembered by most as the year the historic flooding impacted northeastern Nebraska in March, the rains came again in July, causing flooding throughout south- central Nebraska. These floods impacted Lexington, Kearney and the surrounding towns.

One year later the Clipper-Herald takes a look back on the flooding which affected our community.

In early July 2019, only four days after families had shot off their fireworks, slow- moving, training thunderstorms developed over central Nebraska.

These types of storms can lead to excessive rainfall totals and often cause flash flooding, as was the case in central Nebraska during the evening of July 8 and daytime hours of July 9.

According to the National Weather Service in Hastings, summer storms tend to be much slower moving than their spring counterparts. The storms which impacted the area back built on each other, giving an impression on radar that they were not moving.

In reality these were multi-cell thunderstorms, with a new cell taking the place of old dying cells.

By the evening of July 8 flooding was occurring throughout Lexington, with the heavy amount of rain overwhelming the storm drain systems. Water was inches deep throughout several of the city streets and water was beginning to enter into people’s basements and homes.

By the morning of July 9 the extent of the flooding was apparent, multiple city streets were water logged and areas in the southern edge of the Lexington community began to experience even more flooding as water ran downhill.

The community of Overton, which had already experienced three separate flooding events before July 2019, saw water rising throughout the area during the daytime hours of July 9.

Throughout Dawson County, several roads were damaged, although miraculously, the roads were not as badly damaged during the March bomb-cyclone event. The worst damage was noted on Road 425 north of 751, between Johnson Lake and Plum Creek Canyon.

Tragically one death occurred in the area due to the flooding.

During the morning of July 9, Shelly Masoner drove her vehicle into moving flood waters on Highway 21, south of Cozad. The vehicle was carried off the road, rolled and was submerged in flood waters.

Masoner and her daughter were trapped in the vehicle but were rescued when Dawson County Sheriff’s deputy Aaron Peltzer dove into the flood waters to recover the two women. Masoner was later transported to CHI Good Samaritan Hospital but later died of her injuries.

During the July 9 Lexington city council meeting, a local disaster declaration was declared and paperwork was sent to the Federal Emergency Management Agency, FEMA.

In the following weeks, there was an outpouring of support from local agencies to help the people residents who had been affected by the flooding.

A “One-Stop Shop,” was set up on July 18 were organizations such as the Department of Health and Human Services, Two Rivers Public Health Department, Salivation Army, Red Cross, as well as multiple local agencies offered assistances to flood victims.

The Lexington Community Foundation also noted among their donors to a building and renovation fund for the community there were three donors who contributed $10,000.The LCF also received disaster relief grant funds from the Peter Kiewit Foundation.

Later in August Dawson County was added to a list of counties in which residents could register with FEMA for uninsured flood damage. Also in August, FEMA set up a Disaster Recovery Center in Lexington which people could file for assistance.

Similar centers were set up across central Nebraska in communities which had been affected by 2019’s flooding.

One year after the flooding, Dawson County Emergency Manager Brian Woldt said the damage to the county roads has been repaired. Efforts were hampered by other localized flooding events which damaged roads several times during the rest of the summer.

These efforts have been hampered after the first FEMA member the county was working with had to leave due to a family emergency, and then it took several months for a new FEMA member to be assigned.

After this, the COVID-19 pandemic hit.

Due to the virus, no new work has been done and now the county will essentially have to start the reimbursement from scratch. Woldt said there are multiple hoops to jump through in order for the county to get reimbursed for their work.

When asked about the amount the county needed to be reimbursed, Woldt said he wasn’t sure of the exact total and FEMA doesn’t know yet either.

Woldt says the county continues to work with FEMA to get reimbursement but the COVID-19 pandemic has slowed down the process.