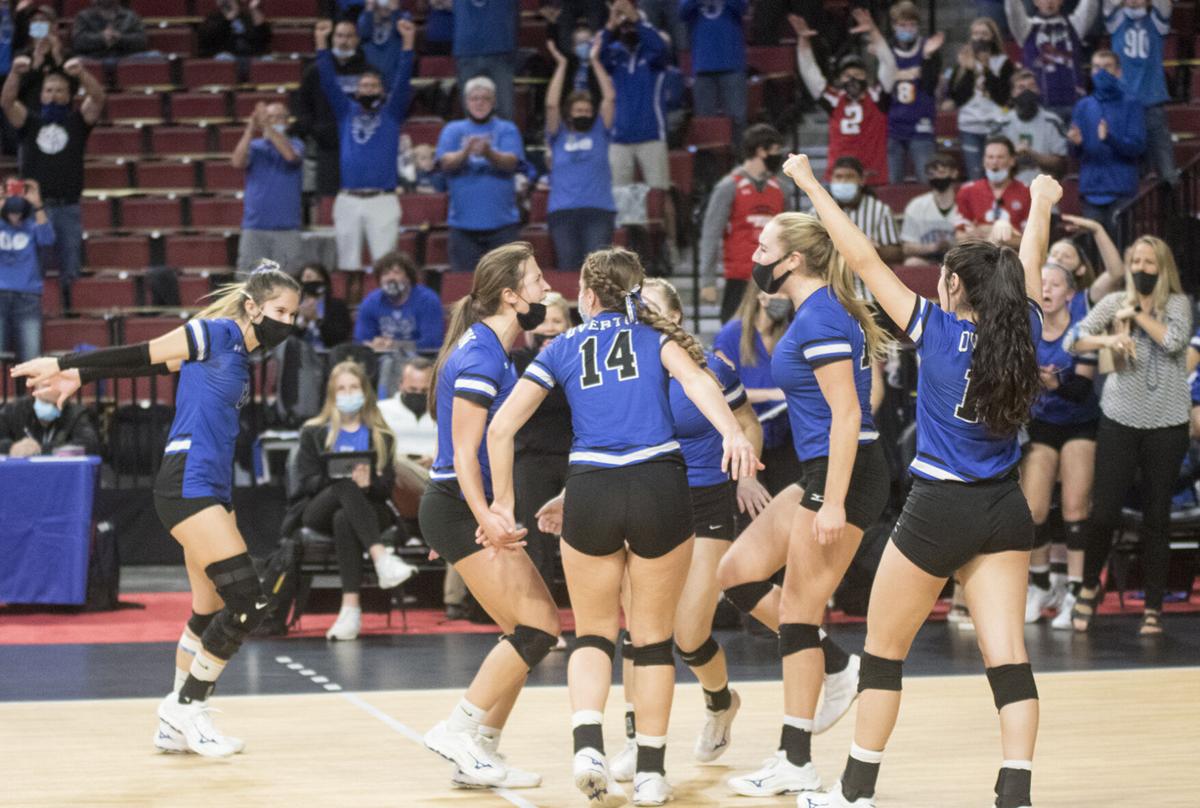 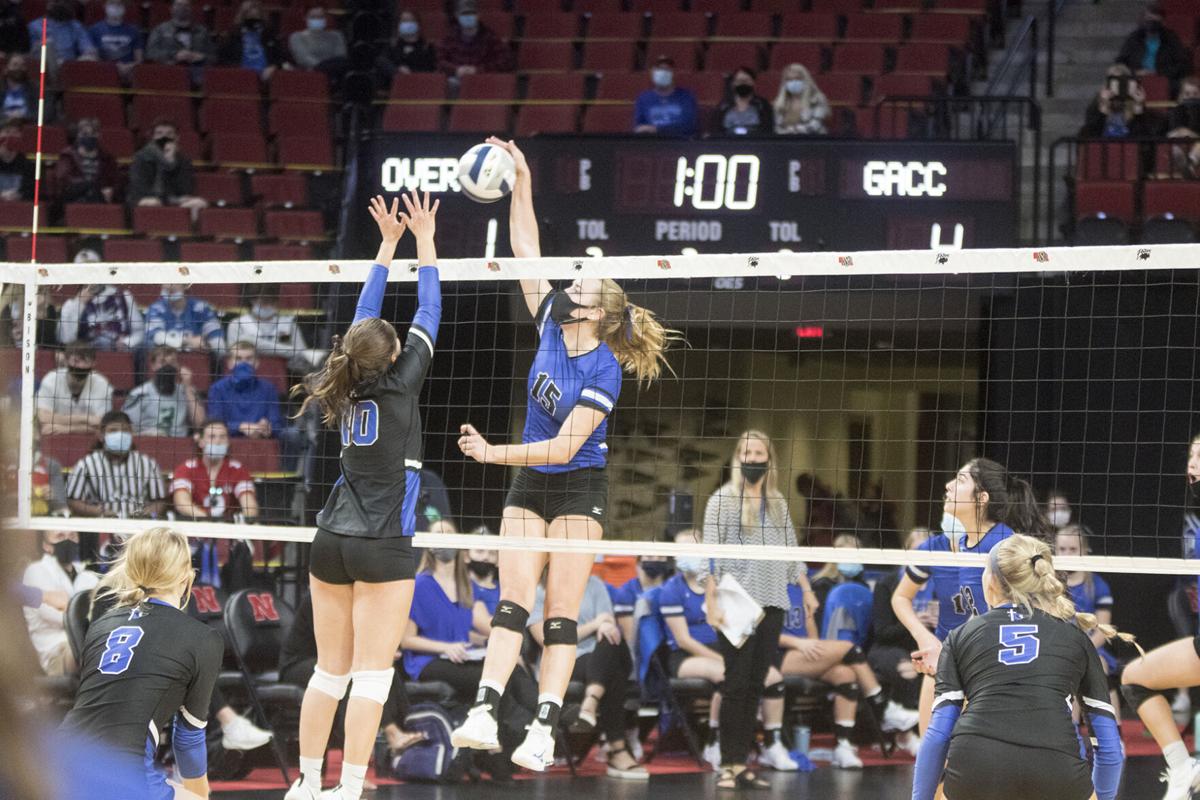 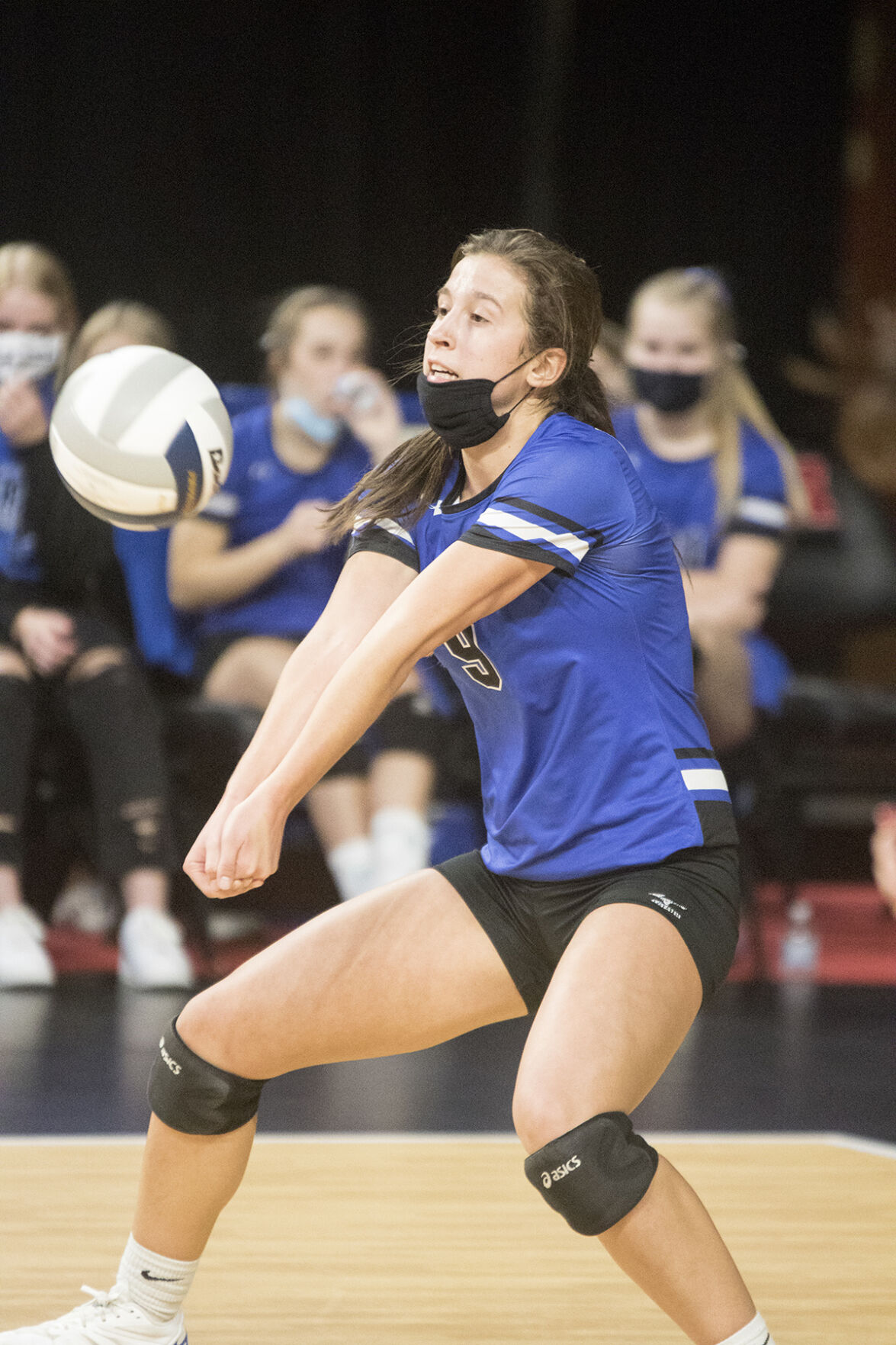 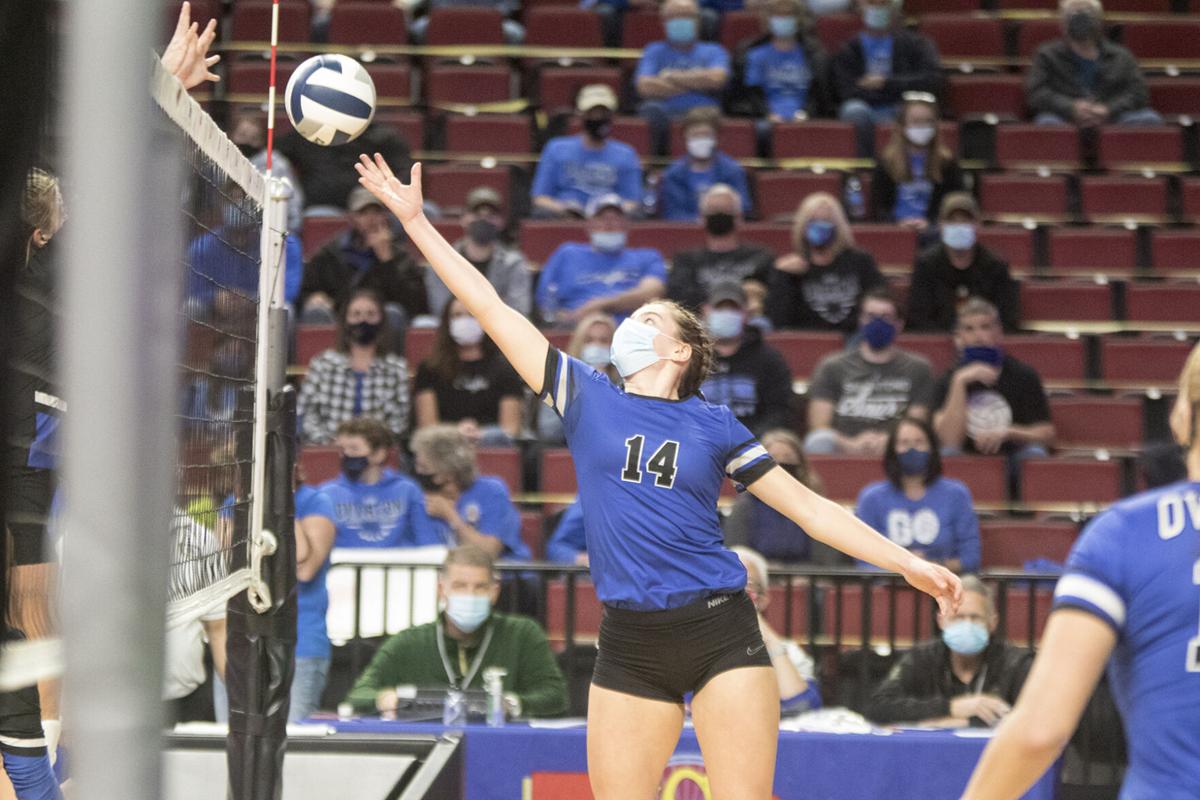 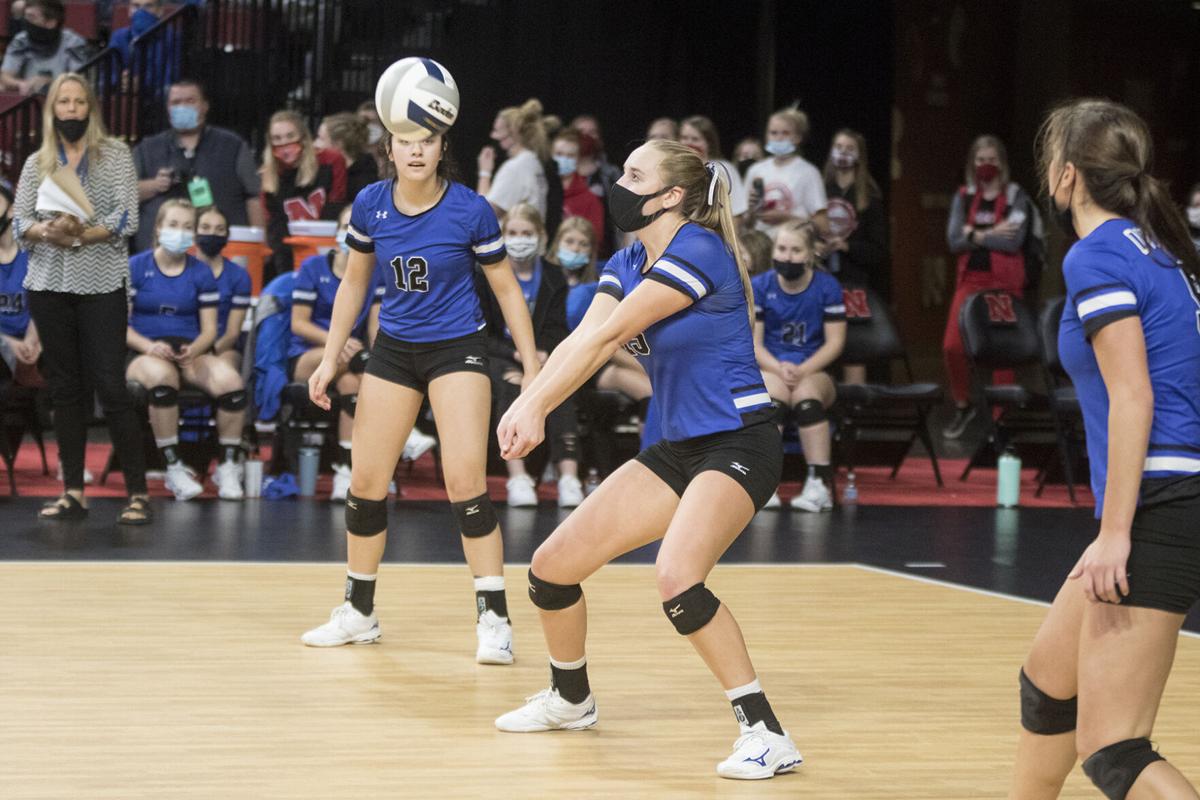 LINCOLN – The Overton Eagles are one match and one win into the 2020 NSAA State Volleyball Championships after a sweeping 3-0 win over the Guardian Angels Central Catholic Bluejays on Thursday, Nov. 5. The Eagles took wide-margin wins in the bracket, featuring the eight best Class C2 teams in the state, taking the first set, 25-18, and winning the second and third sets, 25-19.

The Eagles pushed to an early lead in the first set of Thursday’s match with the Bluejays and held on, teetering on a four to five point lead before taking their final steps to a 25-18 win. The Guardian Angels Central Catholic girls took a lead in the early part of the second set, but a long swing by the Eagles gave the Overton squad a lead and they leapt to a 25-19 win in the second set. With two sets under their belts, the Eagles sealed the win with another 25-19 set, and move on to the next round.

As for individual performances, senior Haley Fleischman led in kills with 18 while senior Rachel Ecklund followed closely with 16. The Eagles recorded two serving aces in the match with Guardian Angels, one for Fleischman, one for senior Anna Brennan.

Ecklund was credited with two blocks for the Eagles while also leading in digs with 11. Brennan followed closely with nine digs while senior Allie Altwine, junior Kenzie Scheele and freshman JoLee Ryan recorded eight digs per player. Brennan led in assists against GACC with 21 and Ryan followed with 18.

As for the rest of the first round on Thursday, the top seeded Lutheran-Northeast Eagles from Norfolk swept their first opponent; the eighth seeded Centennial Broncos out of Utica, 3-0.

The fourth seeded Clarkson/Leigh Patriots won their match with the Howells-Dodge Jaguars, 3-0, and went on to meet the Lutheran-Northeast Eagles in the semi-final round.

Following Overton’s win over Guardian Angels Central Catholic, the third seeded Norfolk Catholic Knights took the court with the sixth seeded Superior Wildcats. The Knights took a definitive win, 3-0, and went on to meet the Overton Eagles on Friday. As of the printing of this article, the games results were unavailable.

Should Overton win their match with the Knights, they will go on to meet the winner of Lutheran-Northeast vs. Clarkson/Leigh in the NSAA State Volleyball Championship Final on Saturday, Nov. 7.

For results of the Overton Eagles’ match with the Norfolk Catholic Knights, check lexch.com.