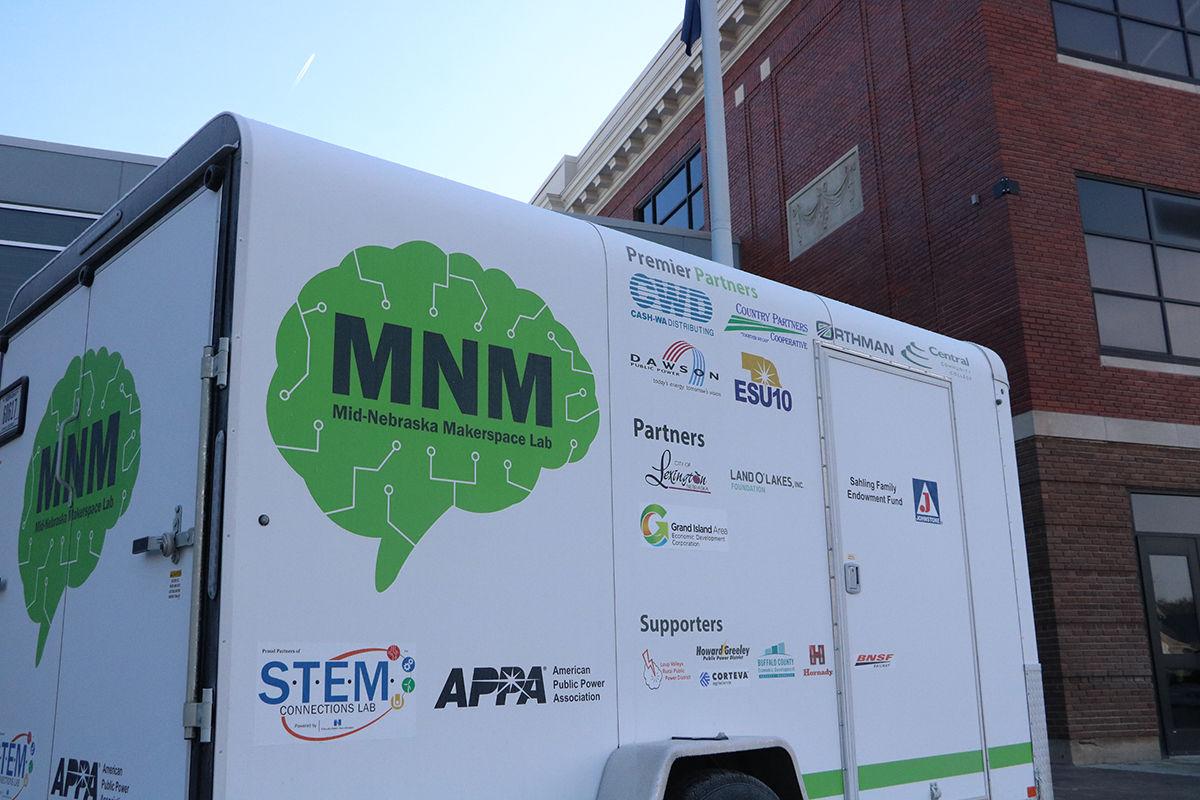 One of the Mid-Nebraska Makerspace labs parked outside of Lexington Middle School on Wednesday. 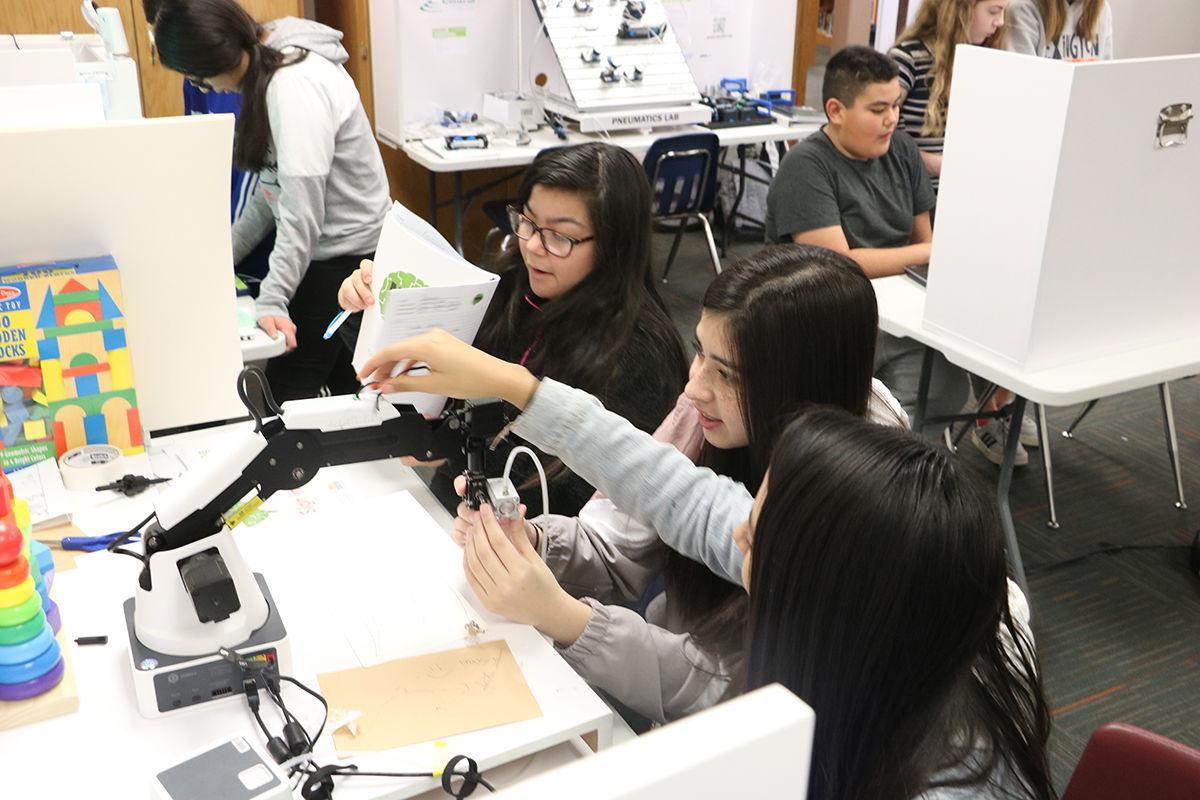 One of the Mid-Nebraska Makerspace labs parked outside of Lexington Middle School on Wednesday.

LEXINGTON — It’s a departure from what is seen as the normal classroom setting, where a teacher guides and instructs students. With the Mid-Nebraska Makerspace Labs, the direction is put in the hands of the students and it’s fostering collaboration and cooperation.

The idea started with Dawson Public Power District admiring the STEM trailer which was operated by Nebraska Public Power and taken to schools across the state.

DPPD partnered with Cash-Wa, Country Partners Cooperative, Orthman Manufacturing, Central Community College and ESU 10, as well as other partners to fund three different STEM trailers which will stop at schools around the state for a period of two weeks for students to engage with and learn from.

“The point is to expose students to technology they may not have access to,” said DPPD Communications Specialist Chelsea Gengenbach in July 2019, “We want to introduce them to high quality jobs in Central Nebraska.

The Makerspace Lab is at Lexington Middle School until Friday, Feb. 7, on Wednesday, Feb. 29, a group of eighth grade students were on their third day with the labs and had been making some interesting progress.

A group of teachers got a crash course in the labs back in August 2019 and were told the best thing they could do was to stay hands off, and let the students figure things out on their own.

LMS Media Specalist Erin Hanna said students were either involved in big projects they had been working for the past two days, or were bouncing around to different labs, learning what they could from each of them.

Hanna said she had to respond, “I don’t know,” to several of the students’ questions, but teachers were encouraged to tell students this and let them work through things at their own pace using their new found understanding.

One group of students, Jamilet Magana, Bianca Toledo and Marlene Vargas-Urbina had been working with the robotic arm for three days.

Vargas-Urbina said on the first day they had been able to make the robotic arm write with a pen, on the second day they tried to make the suction cup work, but couldn’t make it work exactly the way they wanted to. On the Wednesday they were tackling the gripper attachment.

Other students were able to create an electrical current through bananas and hook it up to a speaker and were able to make each banana play notes, effectively turning it into a fruity keyboard.

Another group was working with the 3-D printer and others looked into the virtual reality headsets.

Outside in the library proper, a student was trying to get a drone up and flying. He got it up and moving…and immediately slammed it into the wall. Yet, he picked it up, reattached a propeller and got back to work figuring out the issue.

“I just think the collaboration and cooperation has been amazing to see,” said LMS teacher Patti Maguire, “It’s been great to see the students’ interests expanding.”

She noted how the labs have been revealing students’ strengths, some who might not have a deep interest in the classroom have been thriving with the labs.

“The level of engagement among the students is high,” Maguire said, “I love to see that.”