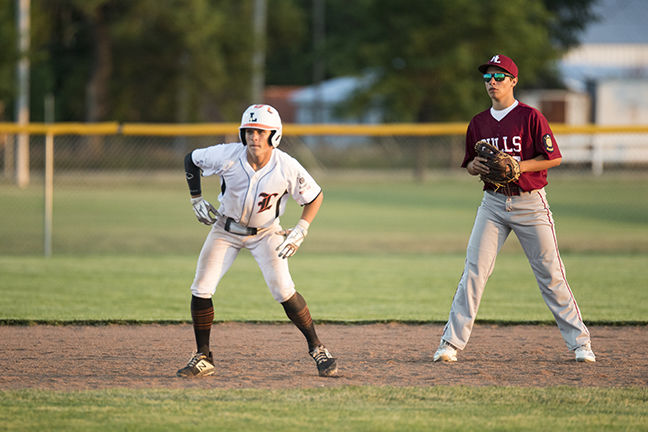 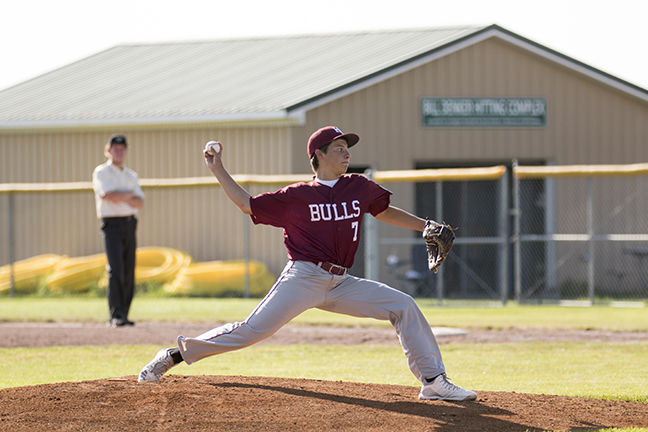 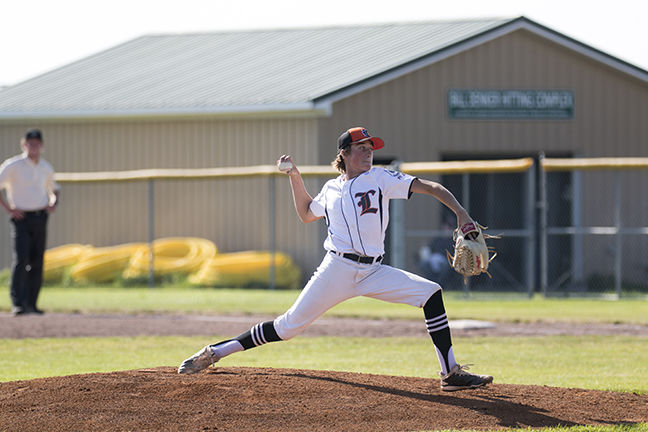 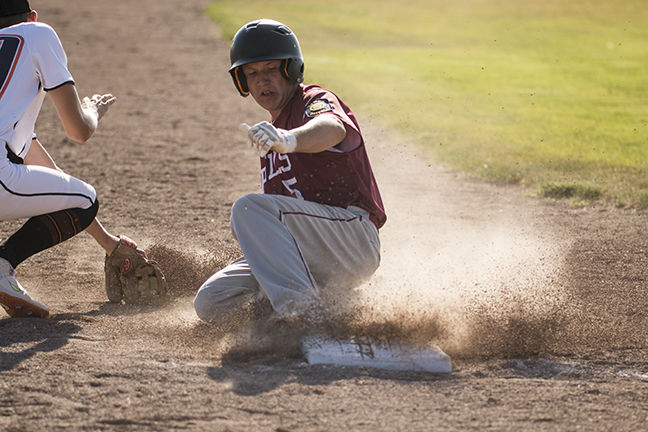 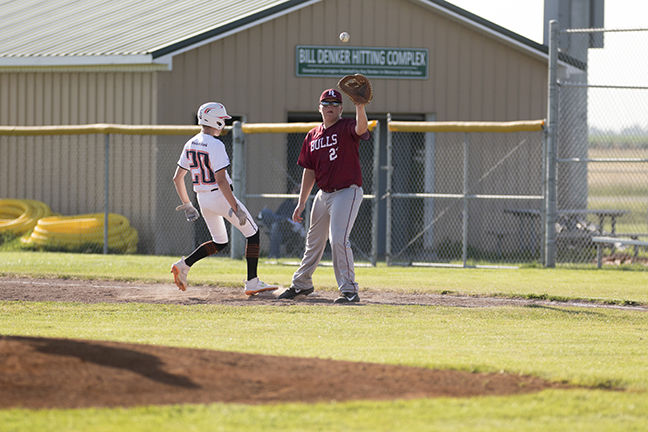 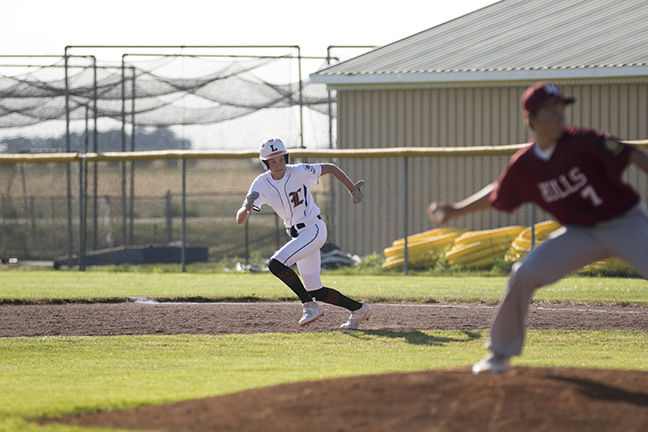 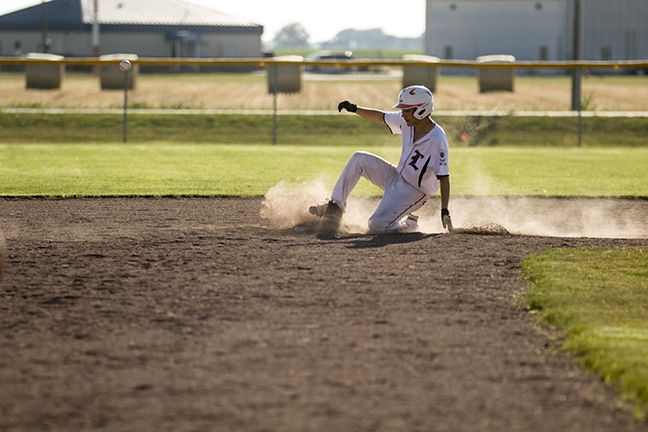 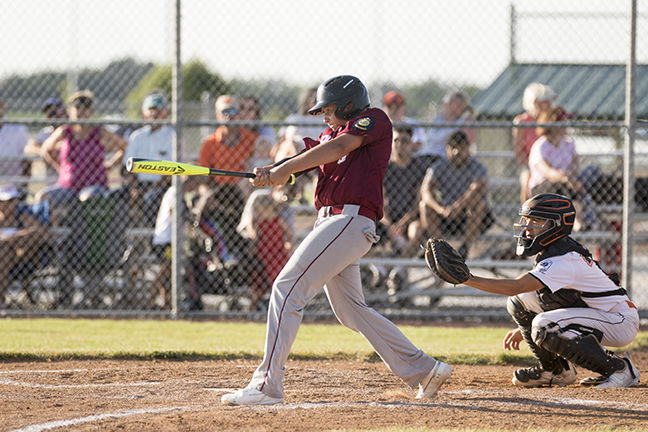 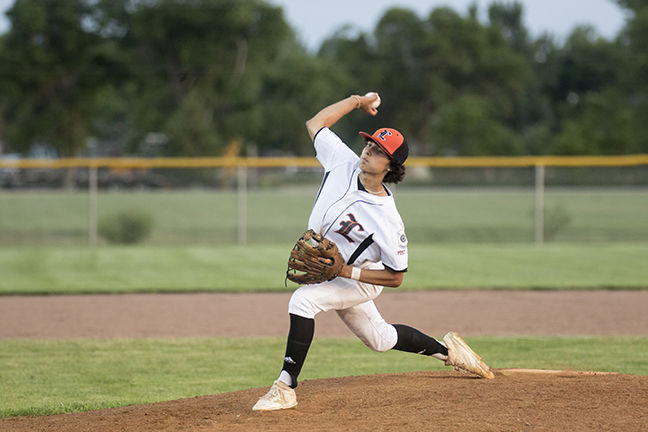 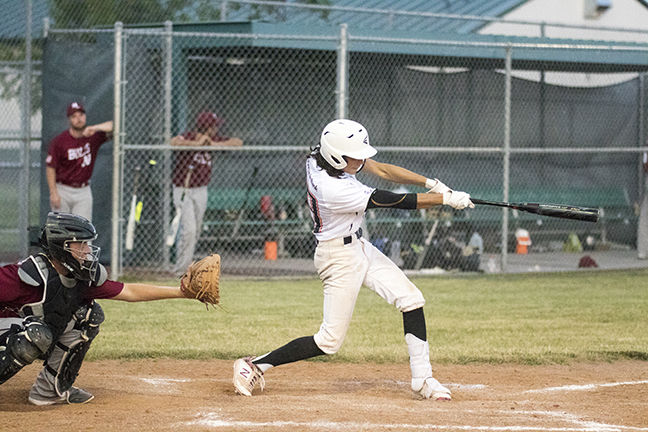 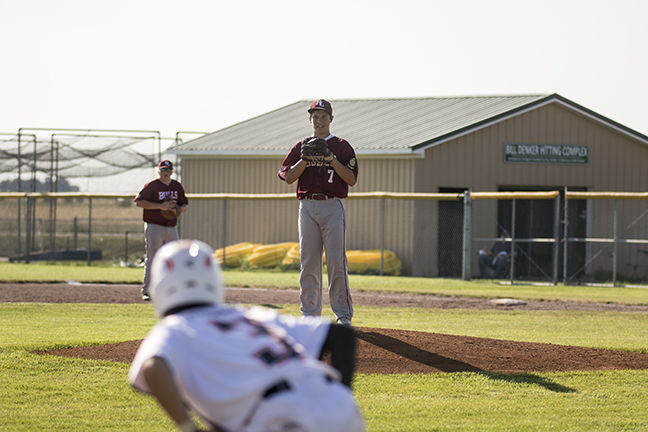 LEXINGTON – For anyone who’s ever attended a Lexington and Hi-Line baseball game, they know the friendly games they play. Whether a close scoring pitchers’ duel like Thursday’s first game, when Lexington won 4-3, or a lopsided 20-1 game like Lexington’s second win of the night; there’s mutual respect on the field that inspires a small bit of nostalgia of old fashioned baseball.

As the two programs are playing one team for the 2020 season, they are both officially ‘seniors’ teams. Both programs, however, have a list of younger players that have been appearing on the field as an unofficial ‘juniors’ team. The juniors game in Lexington was a fun game to watch, Thursday evening.

“The first game was a glimpse of the future,” said Hi-Line head coach Keith Henggeler after the games. “It’s what we’ve been working toward and good things take time. I feel confident, going forward, with a group of eighth-graders and freshmen playing against a good well-rounded team like Lexington. In my mind and the juniors’ mind, that game was a win.”

Lexington head coach Vince Leibert was pleased with the wins but gave credit where it was due for the Bulls’ fight in the first game.

“The first game was tight,” Leibert began. “I expected that game to be a pitcher’s duel because (Ander) Wasenius is a solid pitcher. They used him against the seniors the first time we played. He’s young but he’s a good pitcher so I expected that he was going to hold us down a little bit. At the same time, our guy on the mound, Daven Naylor pitched a good game as well. And we managed to get one more run across the plate than they did.”

Wasenius threw 42 strikes in 69 pitches, earning six strikeouts over five innings in the first game while Naylor threw 61 strikes in 90 pitches, striking out 11 over seven innings.

In the second game, the Bulls struggled to put the ball in play. The older Lexington squad took advantage and made their way around the infield for 20 runs over one run for the Bulls. Anthony Rodriguez claimed the win for the Pinnacle Bank seniors from the mound, striking out six batters with 45 strikes in 78 pitches. Rodriguez threw three groundouts and three flyouts, giving up one hit in seven innings.

“You’ve got to throw strikes,” Henggeler critiqued the second game. “You’ve got to pitch to contact. When you do that, you’ll be successful.”

For the Lexington boys, Coach Leibert was glad to see a crack in their tension accumulated from a long stretch of tough road games.

“Our guys had a good time,” Leibert said of the wins. “They’ve had a frustrating week and a half and they finally got to cut loose. They played to their potential and they had no errors. All around, it’s much improved from where we’ve been.”

Leibert, in closing, put into words what makes games with Hi-Line such a unique experience in local baseball and what influences the atmosphere.

“I sympathize with the situation they’re in,” he said of the Hi-Line Bulls program. “I know the struggles they’re having with limited practices and the limited amount of game experience they’re going to get this year but they kept going. They kept fighting. They weren’t throwing gloves around and stayed level headed. They’re a well-coached team.”

Both teams will take the weekend and return to games on Tuesday, July 14. Lexington Pinnacle Bank Legion will travel to Holdrege for a late game at 8 p.m. while the Bulls will travel to McCook for a doubleheader at 5 p.m.