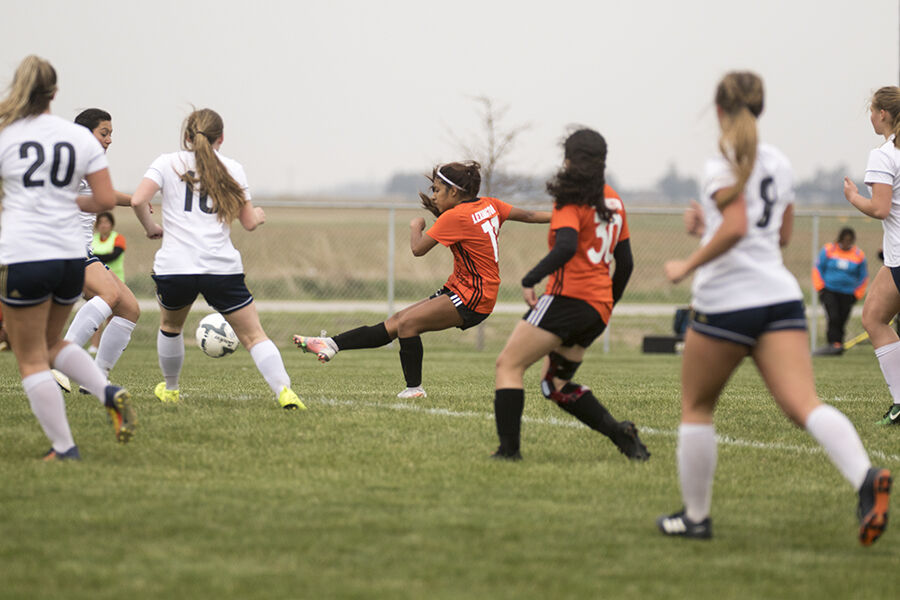 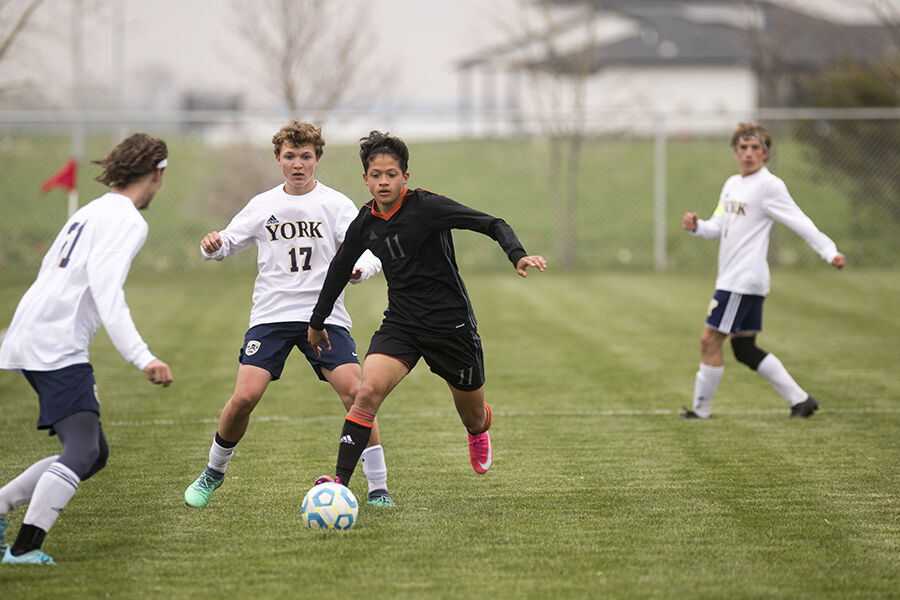 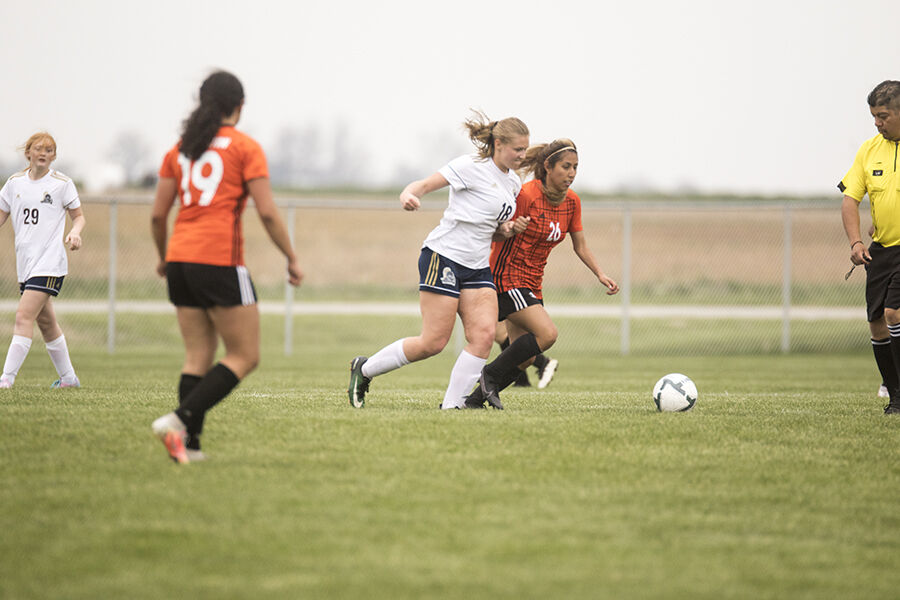 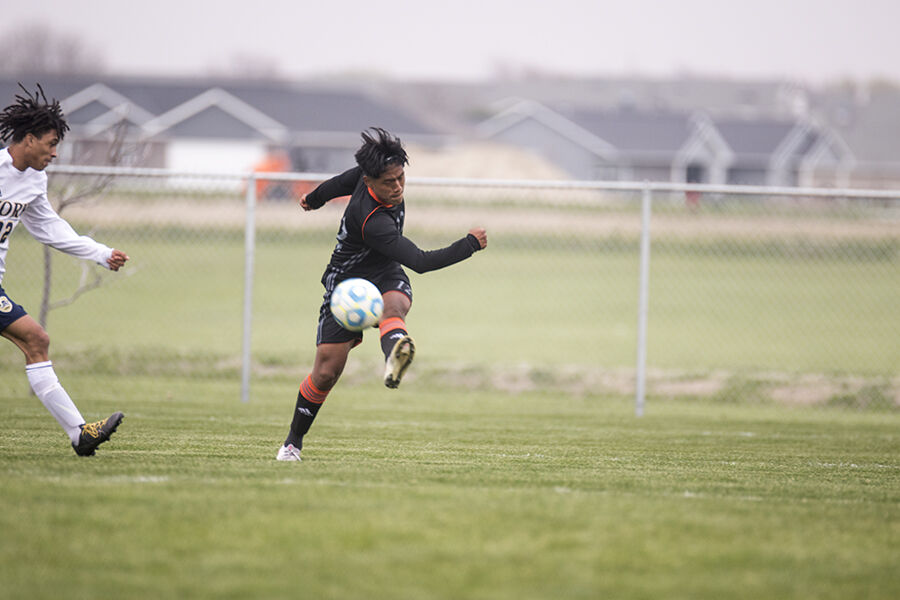 The Minutemaids continued to drive up their record-setting season, adding an eighth win to their streak. Lexington girls head coach Keith Allen pointed out the previous record as being three wins. The 2019 Minutemaids had been the winningest team in program history until this year as the Minutemaids end their regular season schedule with a record of 11-4.

The Lexington Girls scored two goals in each half while maintaining possession to hold the lady Dukes at bay. The Minutemaids’ defense did their jobs flawlessly as their goalkeeper, Alyssa Winter, recorded no saves and a shutout win. While York recorded zero shots on goal, the Minutemaids made 44 attempts on the lady Dukes’ goal, scoring four.

Citlali Prado is credited with two of Lexington’s four goals, while Berniece Garcia scored one and Marlene Vargas scored a goal on a corner kick. Prado, Valeria Perez and Jessica Ramirez were all marked for an assist.

On the boys’ pitch, Alex Perez wasted no time delivering a ball to Fredy Vargas for the Minutemen’s first goal at about the six minute mark. Yoskar Galvan followed the example, setting up Alex Cruz for a second goal at 18 minutes. The Minutemen went to halftime with a 2-0 lead over the Dukes.

After the break, a deluge descended on the York goalkeeper…

The Minutemen pounded five goals past the frantic York defenses in less than 20 minutes of play to take a 7-0 lead with three minutes left in the game. The Minutemen took it to the horn, taking their 15th win and ending their regular season.

Second-half goals were scored by Zeke Lucas (three goals), Miguel Raymundo and Yoskar Galvan. Galvan and Jason Tovar were credited with assists on two goals in the last 40 minutes. Lexington goalkeeper Eduardo Gomez made fie saves in the game.

The LHS Soccer teams will begin their postseason runs on Monday, May 3 when the Minutemaids travel to Scottsbluff and the Minutemen host their games at home. The second-seeded Minutemaids start their subdistrict bracket with the third-seeded Gering Bulldogs at Landers soccer complex at 5 p.m. mountain time, 6 p.m. central. The top-seeded Minutemen will meet with the fourth-seeded Gering Bulldogs at the Optimist Sports Complex at 5 p.m. central time.

OMAHA - Morrison Stadium!  The Minutemen opened the NSAA State Soccer Championship games for Class B Boys on Thursday morning when they met on…

LHS soccer is going to state!

LEXINGTON - The LHS Soccer teams were honored with hosting both of their district championship games.  Now, they’re both honored as district c…