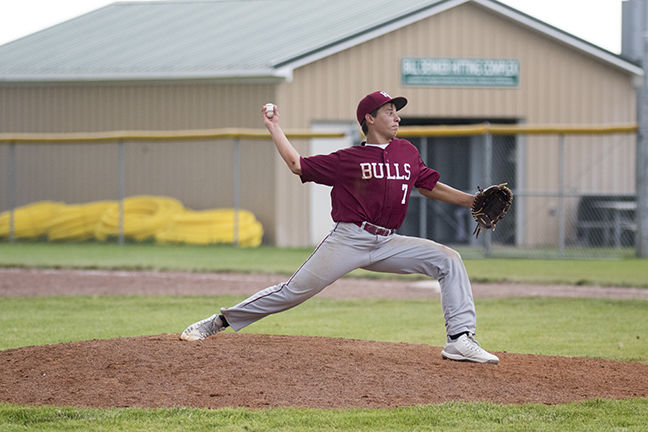 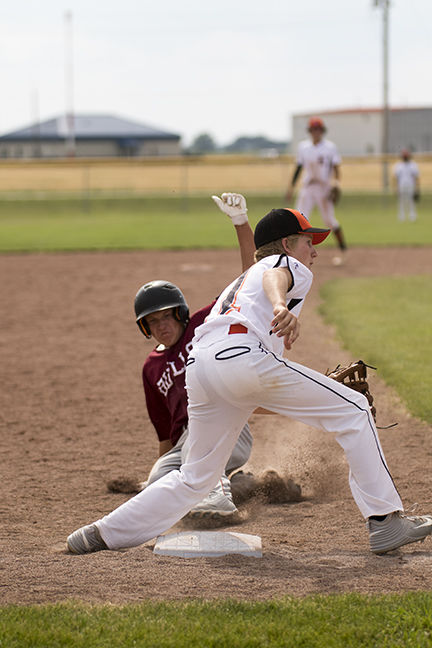 LEXINGTON – The Hi-Line Bulls, like all teams, began their season at the end of last week, opening with a doubleheader with McCook before moving on to a double header in Lexington. The Bulls come away from their weekend, 0-4, with two games rained out, a trend that almost coincides with last season’s schedule.

The Bulls Curse may not be as insidious as some that have mysteriously plagued teams in the major league, but it still feels very real for Hi-Line players and coaches as they saw two of their four games rained out in their opening weekend.

“We’ve had more rain-outs than games played in if you include last season,” Hi-Line head coach Keith Henggeler said with a small laugh. “If not, it feels that way.”

Henggeler recounted the games in McCook, where the Bulls took a loss in the first game, 1-13, and a loss in the second before weather ended the night early, 0-14.

“It was kind of a sandlot atmosphere in McCook,” Henggeler suggested. “We didn’t even give line-up cards to the umpires so we were putting who we wanted into the games. We were looking to get some experience for some of the younger kids to get them more comfortable playing at the legion level.”

Much of the Bulls roster is made up of younger, inexperienced players. He felt that many of them have answered the call to fill in some gaps for the team and looks to prepare them for tougher competition. In Lexington, the first game remained within 3 points until the final inning when Pinnacle Bank stretched their 5-3 lead to 15-3.

“I told them, going into the second game, to forget about the last inning,” Henggeler explained. “The only thing they needed to think about is how well they stayed in the first six innings of the first game. We don’t have a lot of opponents around us that aren’t class A or B, so I feel that’s the level we need to play. I think we’ll be able to do that as time goes on.”

The Bulls take a long break and their next games will be back on Lexington’s dirt on Thursday, July 9. Coach Henggeler intends to use the time to make adjustments before getting back to competition with the orange and black.

“We’ve got a little bit of a gap now,” Henggeler said of their break from live games. “We’ll be out practicing and working on some things that need to be fixed and adjusted from what we saw in games this weekend.”