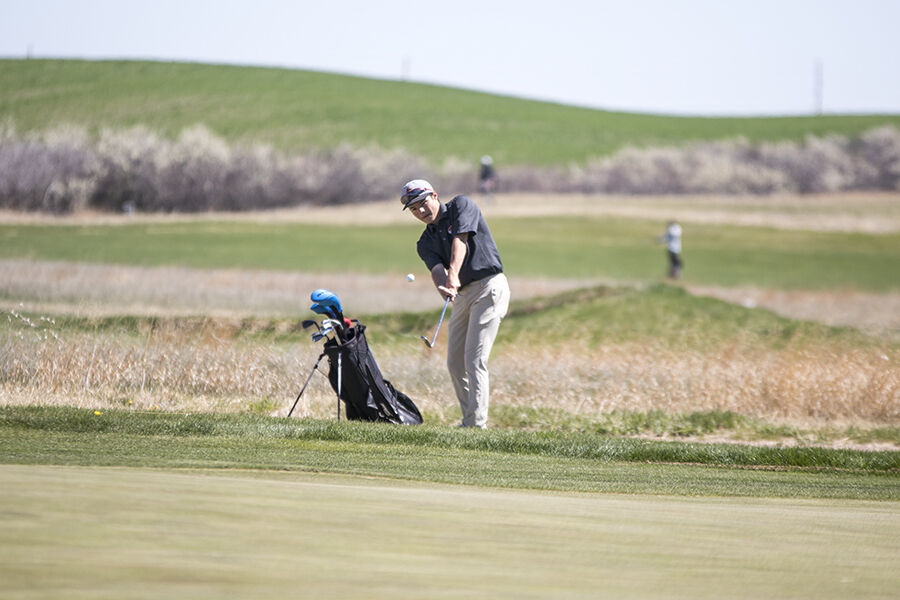 Lexington’s Topher Swartz chips onto the fourth green at Wildhorse Golf Club in Gothenburg.  In 18 holes, Swartz shot a 113. 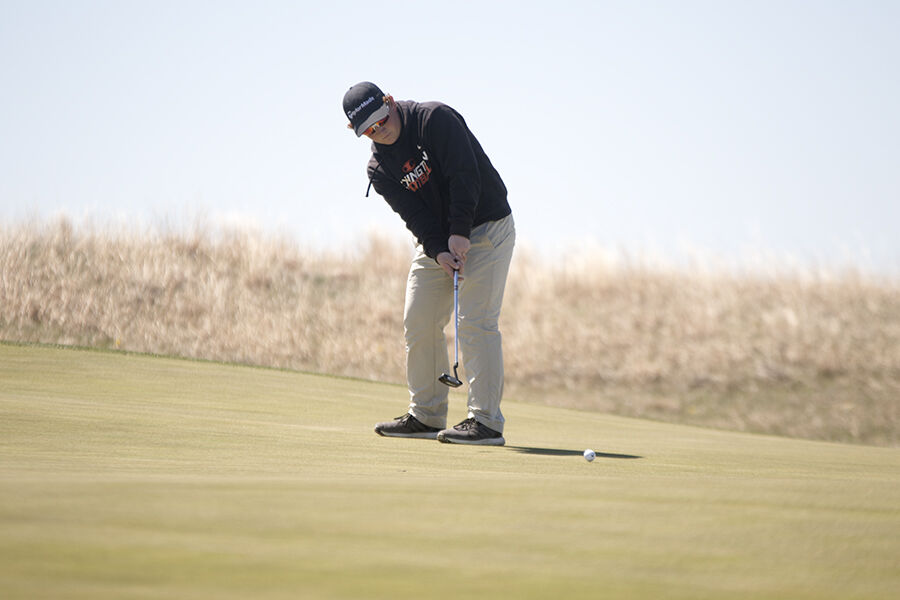 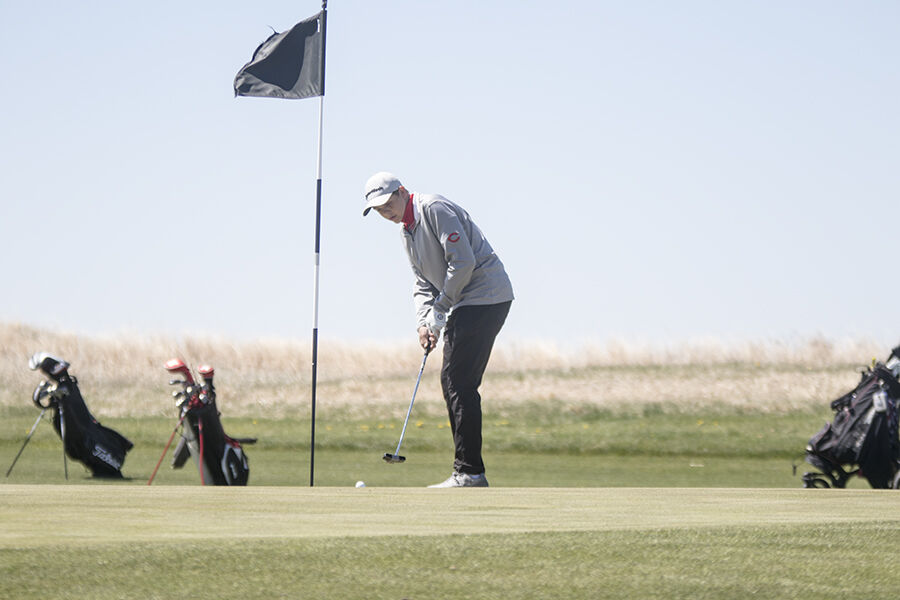 GOTHENBURG - The Lexington, Cozad and Gothenburg golf teams competed in the Dawson County Invite on Thursday, April 29 at Wildhorse Golf Club in Gothenburg. The three teams faced the day with the nicest weather yet, sunny and warm with some wind.

Jacob Engel led the course on score having shot a 78 in 18 holes. In team Scoring, the Swedes took the win on home turf, shooting a collective 341.

The top four for Lexington golfers included Kaden West with 104, Konlan Kjar with a 103 and Drew Hanson with a 101. Ethan Mins led the Minutemen with having shot 94 on the day. As a team, the Minutemen came in third with a 402, collectively.

Contributors to the Cozad score included Alex Svagr with a 101, Ben Yocom with a 98, Paul Cole with 89 while Jacob Engel led the Haymaker golfers with the event-best 78. As a team, the Haymakers scored a 366.

The host team, Gothenburg Swedes, took the win with their collective 341 points. Their top shooters on Thursday included Maddox Rickertsen with a 92, Kai Jorgenson with an 86, and Seth Daup with 82. Daup was edged by his teammate, Jake Scherer with 81.

NBA plans to start the new season in October

Lebron James changing his number because of Space Jam

Lebron James changing his number because of Space Jam

Why is the NFL expanding from London and Mexico to games in Germany?

Why is the NFL expanding from London and Mexico to games in Germany?

Another June weekend brings another big group of official visitors from around the country to Lincoln.

COZAD – The Lexington Pinnacle Bank Legion baseball teams traveled to Cozad to play ball with the Reds on Tuesday, this week. The Pinnacle Ban…

The Big Red Blitz presented by FNBO heads to all corners of Nebraska on Wednesday, June 16, with 10 groups hitting 20 stops across the state. …

The next one is the big one

OMAHA – ‘The next one in the big one’ has been the Lexington Minutemen’s mantra from the beginning of the season. That frame of mind may have …

OMAHA - Morrison Stadium!  The Minutemen opened the NSAA State Soccer Championship games for Class B Boys on Thursday morning when they met on…

SCOTTSBLUFF - The Lexington Pinnacle Bank Seniors Legion baseball team traveled to Scottsbluff for a double header on Saturday, May 22. The Le…

Lexington’s Topher Swartz chips onto the fourth green at Wildhorse Golf Club in Gothenburg.  In 18 holes, Swartz shot a 113.