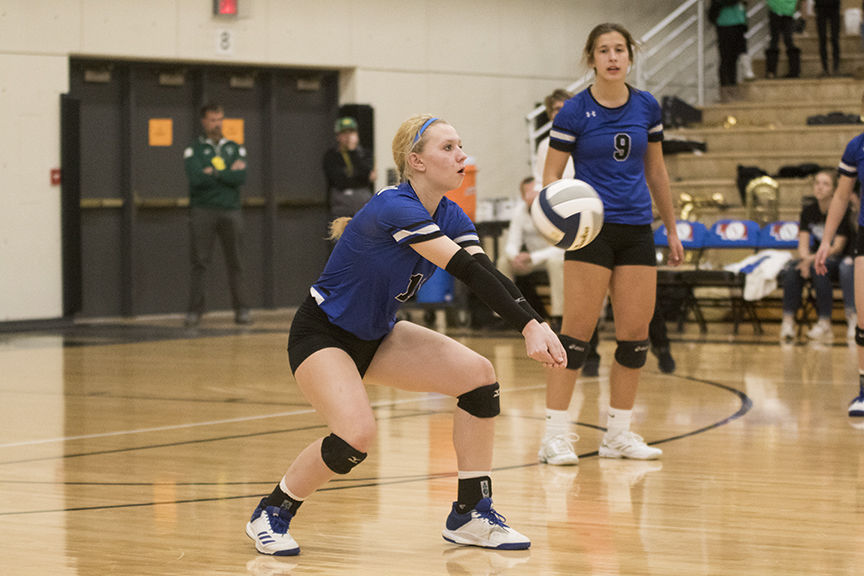 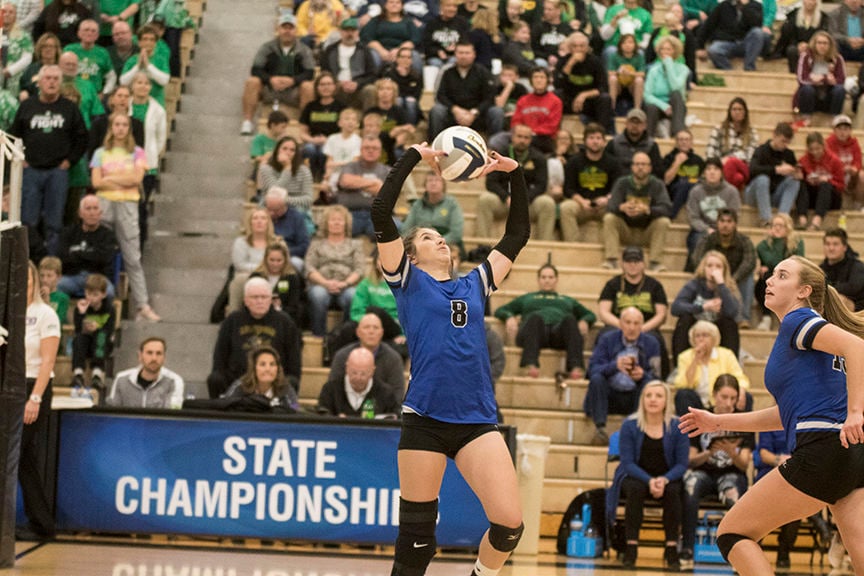 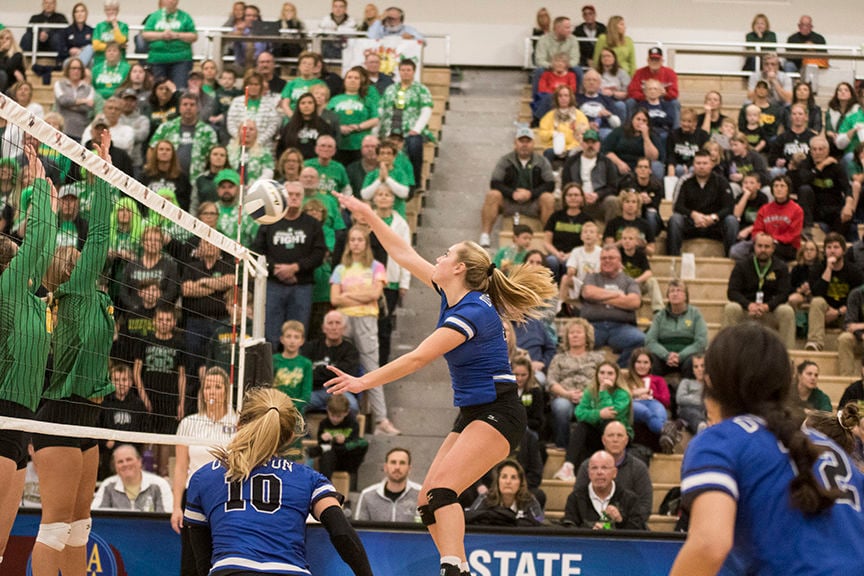 LINCOLN – State Volleyball is underway and the Lexington area had one school in attendance at the tournament; the Overton Eagles squad. After winning the District Championship the Eagles entered the state tournament as the fifth seed against the fourth seeded Archbishop Bergan Knights in the first round. The Knights ended the Eagles’ run in the state tournament with a 1-3 win.

Overton began the first set with a 3-3 tie with the Knights, but took a two-point lead, 5-3. A back-and-forth trade brought the game to 8-6 for the Eagles before the Bergan squad went on a four-point swing, capturing the lead from the Eagles, 8-10. The teams traded blows, favoring the Knights, 15-17, when Bergan rallied another four-point rally. Overton clawed from behind, 15-21, after a big eight point rally to regain the lead, 23-21. The teams traded blows to a tie game, 24-24, when the Eagles took the edge and won the first set of the match, 26-24.

The Bergan Knights scored first in the second set. Overton and Archbishop Bergan traded points, again, in the set with the Knights taking a bigger advantage in rallies. The Bergan squad led the game from early in the set to the end, winning the second set, 16-25. The first round match between the Eagles and the Knights went into the third set as a tie game, 1-1.

Overton came out of the gate in the third set with a 3-0 lead before Bergan got on the scoreboard. The Eagles led in a point-for-point volley before Bergan was able to swing a three point run and tied the set, 10-10. Overton ran two points on the Knights and Bergan answered with two of their own to tie, 12-12. The Knights were able to edge a lead from the Eagles, 16-18, before the Eagles called a timeout.

Overton and Bergan continued to duke it out and the Eagles brought the game to a 21-21 tie, late in the set. Bergan’s habit of longer runs gave them the edge to take a close end of the set, 22-25, Knights’ win.

Archbishop Bergan had an advantage as the teams went into the fourth set, 1-2. The Knights secured a hard-fought 20-25 win, to take the 1-3 win over the Eagles.

After the loss, the Eagles end their season in the first round of the state tournament to Archbishop Bergan with a season record of 28-5.

The Eagles may have lost their game on Thursday, but they lost to a championship team. The following day, on Friday, Nov. 8, the fourth seeded Archbishop Bergan played and defeated the top seeded Pleasanton Bulldogs in four sets, 1-3. The Bergan Knights move on to play the second seed, Diller-Odell, in the Class D1 state championship Saturday, Nov. 9 at 11 a.m.

The Lexington Clipper-Herald staff extend congratulations to the Overton Eagles volleyball squad on another successful year and wish them the best in the future.