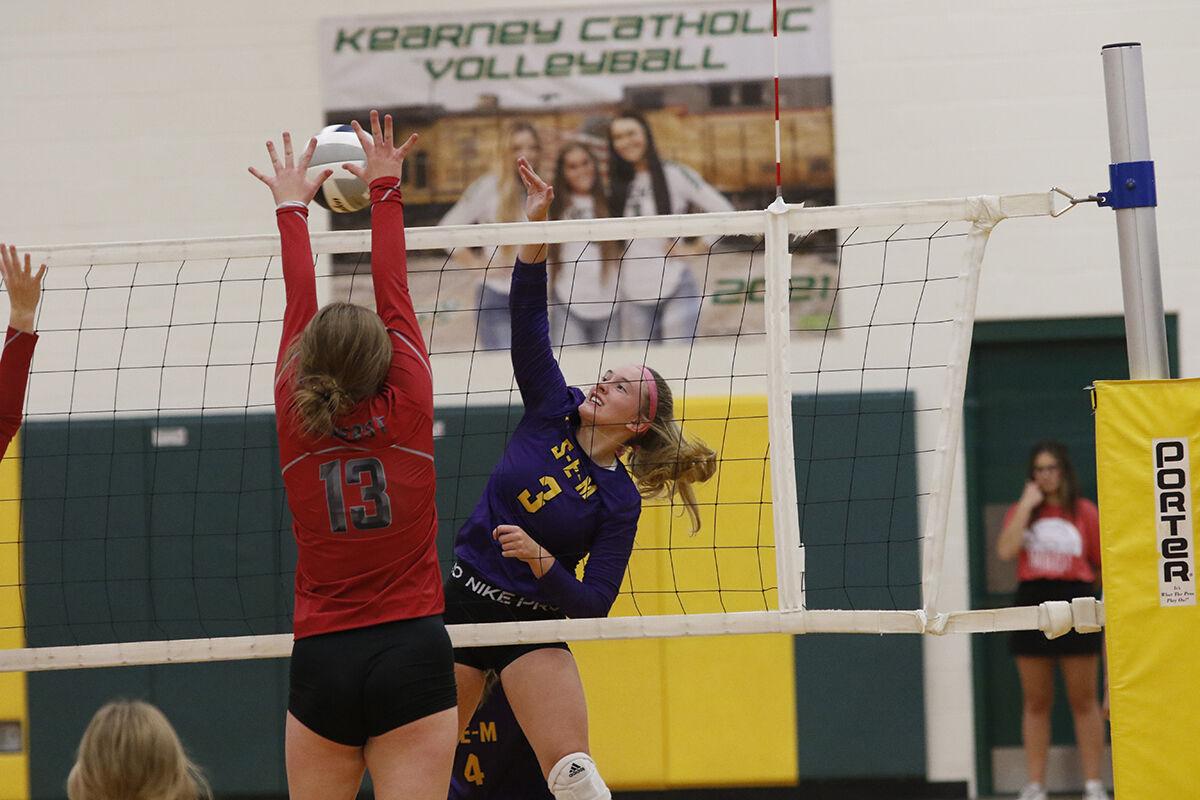 SEM's Abbie Rohde (3) goes for a kill as Amherst's Saryn Prickett (13) goes for the block. 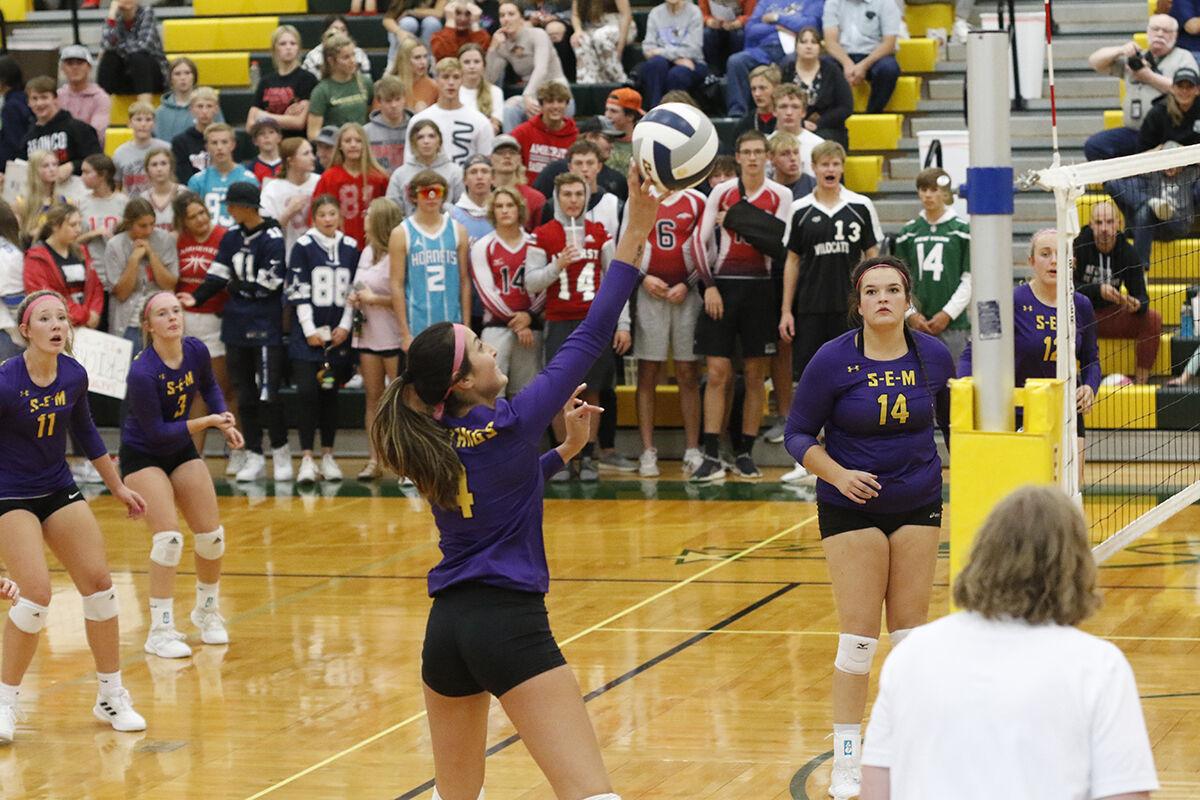 Faith Hernandez (4) ready to hit the ball over the net. 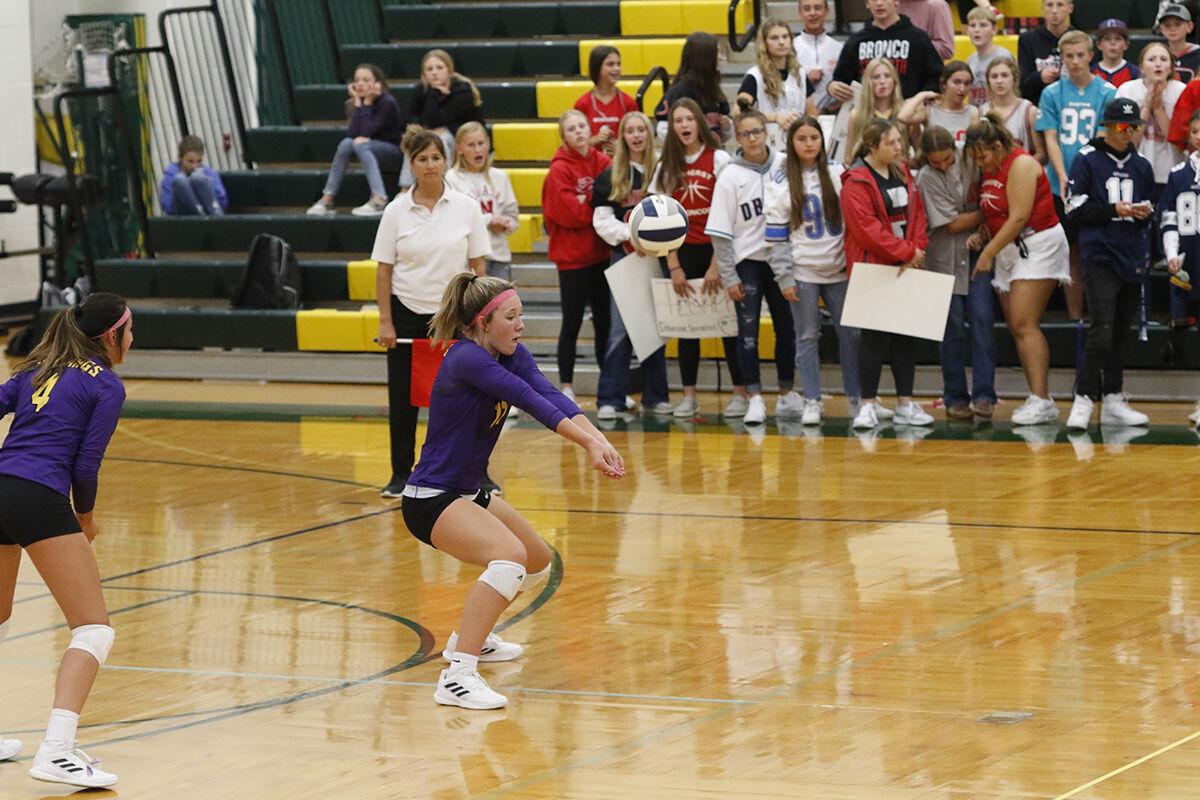 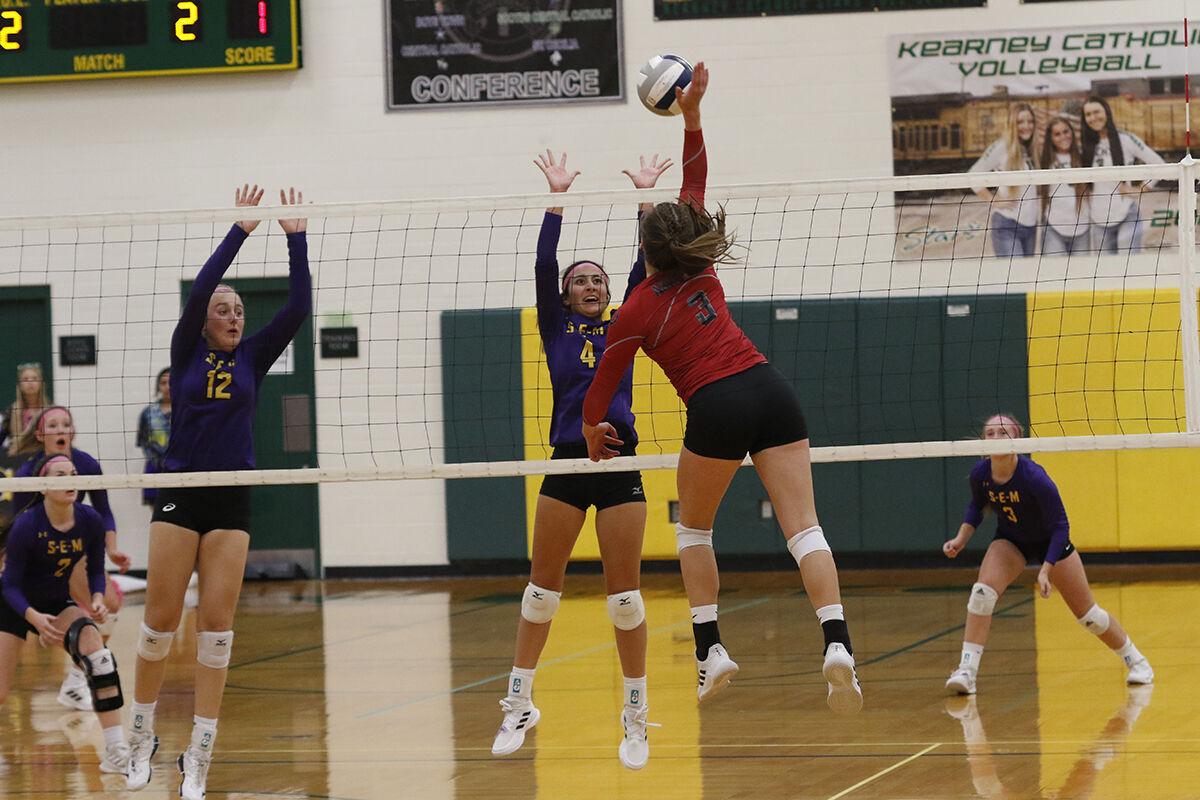 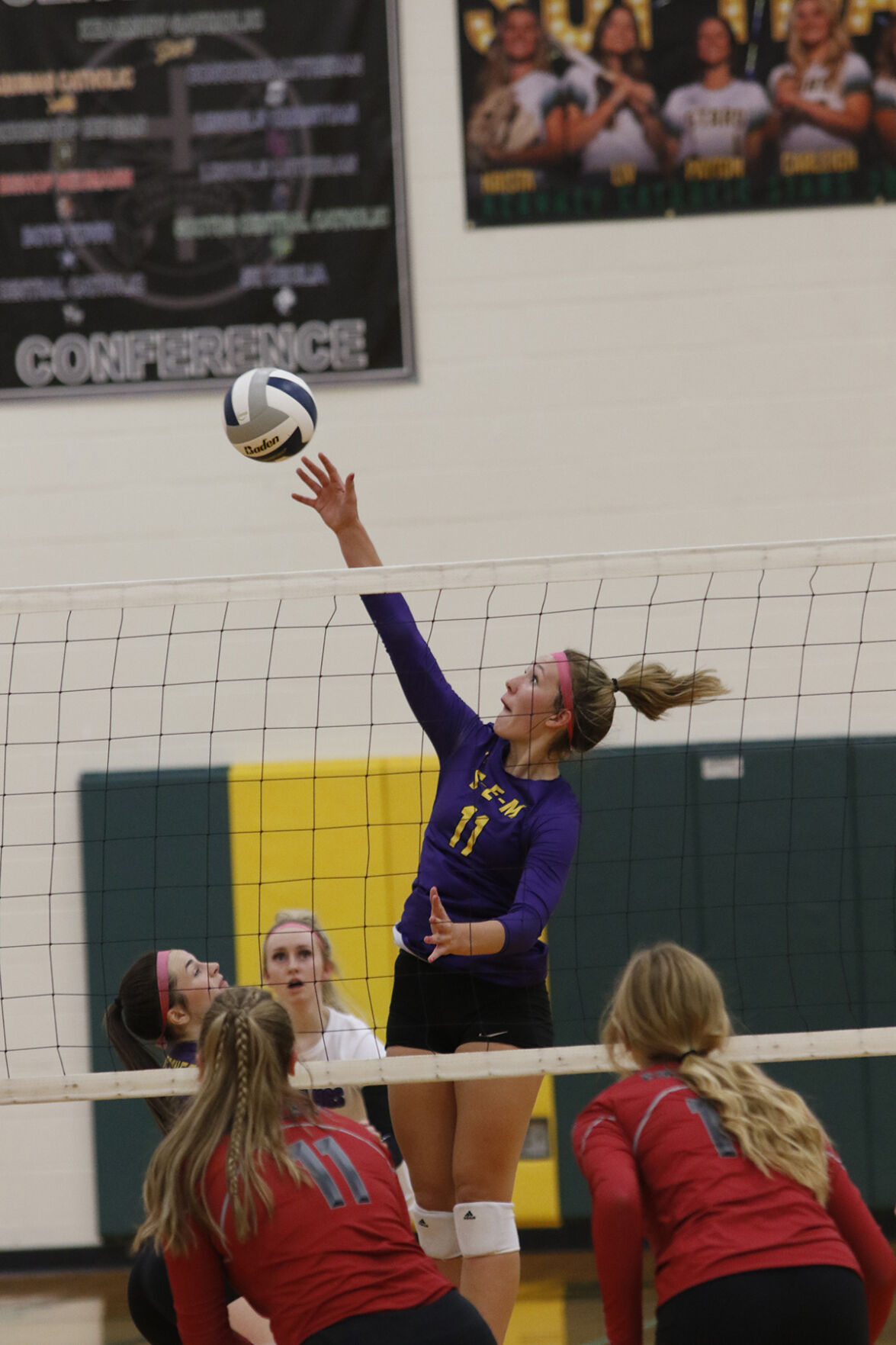 The Pleasanton Bulldogs will not.

The Mustangs will face Overton, a finals regular, Thursday night at Kearney Catholic’s Cope Coliseum after the Eagles eliminated the Bulldogs, the four-time defending champions, 25-16, 25-17, 25-20, Tuesday at KCHS.

“I don’t know, honest to goodness,” said S-E-M coach Tammy Kenton, who played on a state tournament Mustang squad in the 1980. “I know we were in the finals, but that’s ancient history.”

Amherst coach Jonie Fader would have been on the next S-E-M powerhouse and the Mustangs reportedly won the conference title in 1988 and finished second in 1989, but a gap exists in the records for the 1990s.

No matter, the Mustangs had reason to celebrate.

“The girls just played their hearts out,” Kenton said. “We had a quote at the beginning of the season that was, ‘The successful team beats with one heart,’ and they literally took it to heart and just played together.”

The Mustangs, who lost to Amherst in four sets on Sept 14, vaulted to an early lead in the first set, fought through a tough second set, then rallied in the third set from an 18-13 deficit to close the victory.

“Our serving was very good. They hit the targets that Coach (Misty) Freeman was giving them and if you want to beat a good team like Amherst, you have to keep them out of system and not have them pound the ball at you. Fortunately, we were able to do that tonight.”

“It honestly could have gone either way. Amherst is a great team and we were just better tonight,” Kenton said.

Ryan finished with 23 kills and sparked to early rallies that pushed the Eagles to a 10-5 lead in the first set. Another run made it 15-6 and Overton was in control.

Kenzie Scheele scored another seven kills and Natalie Wood had six kills as Overton advanced to the championship game for the sixth straight year. The Eagles won the tournament in 2016 before Pleasanton started its four-year dominance of the league.

The Bulldogs (13-11) got 16 kills and two blocks from senior Chelsea Fisher and seven kills and an ace serve from Regan Weisdorfer.

Overton outhit the Bulldogs, 43 kills to 31, and had five ace serves to Pleasanton’s three.

Who should take over at LSU?

Who should take over at LSU?

ALLIANCE — The Lexington Minuteman improved their season to 4-4 with their 31-7 win over the Alliance Bulldogs on Friday, Oct. 15.

AXTELL — After losing their first five games, the Overton Eagles found their footing and won their last three games of the season. Their last …

AMHERST — Both the Overton Eagles and Hi-Line Bulls traveled to Amherst on Thursday, Sept. 23 for a volleyball triangular.

SEM's Abbie Rohde (3) goes for a kill as Amherst's Saryn Prickett (13) goes for the block.

Faith Hernandez (4) ready to hit the ball over the net.