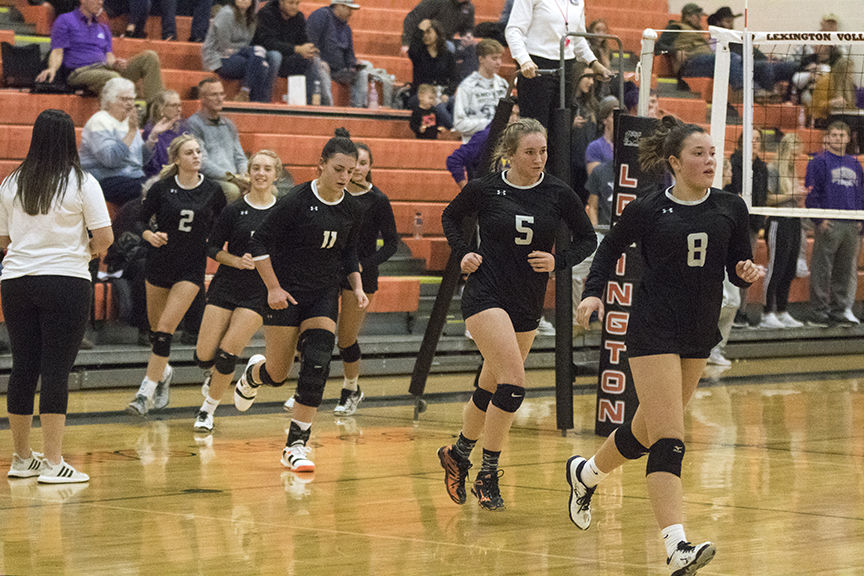 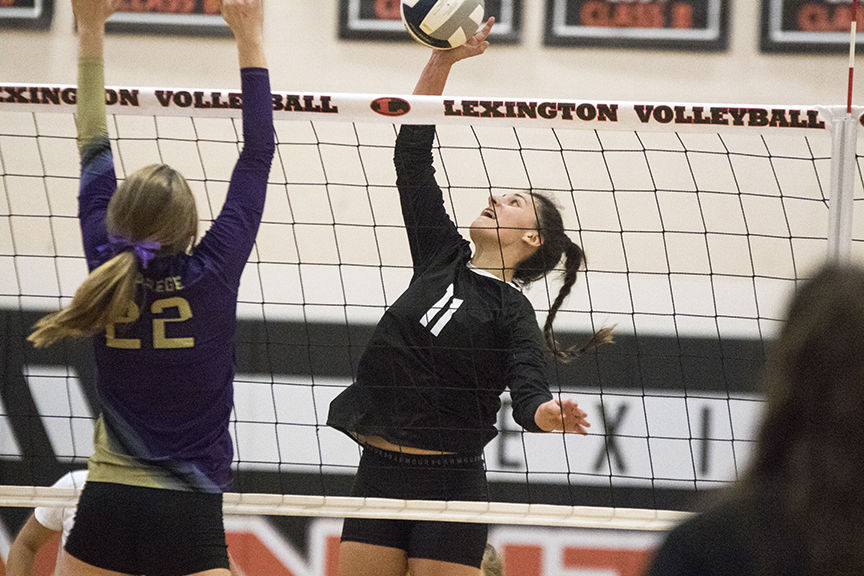 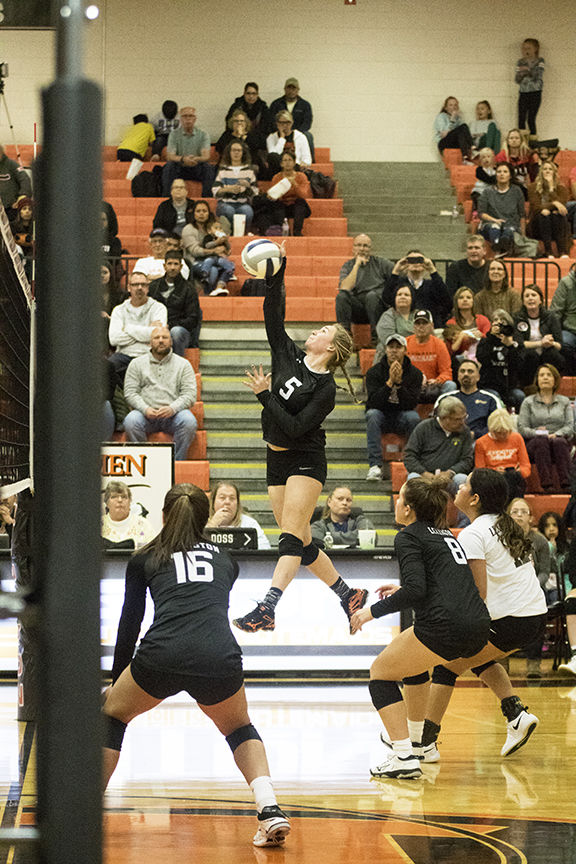 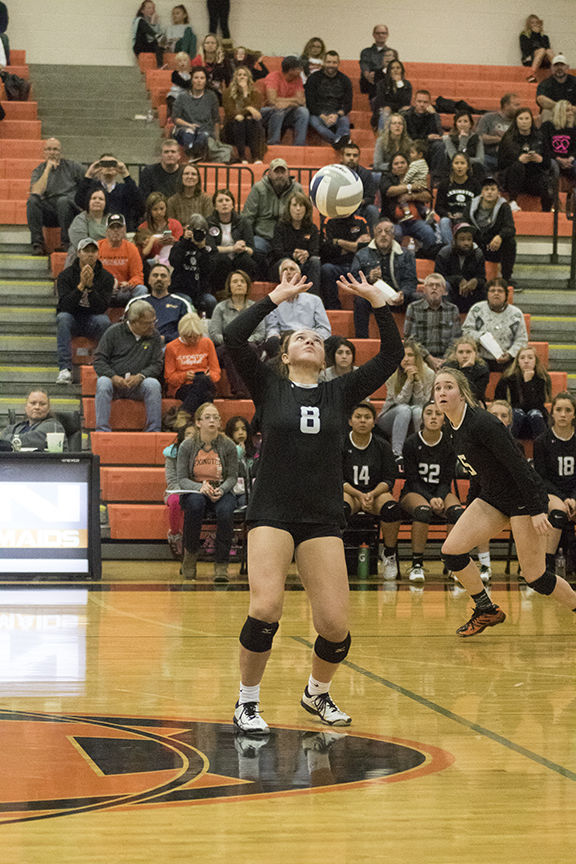 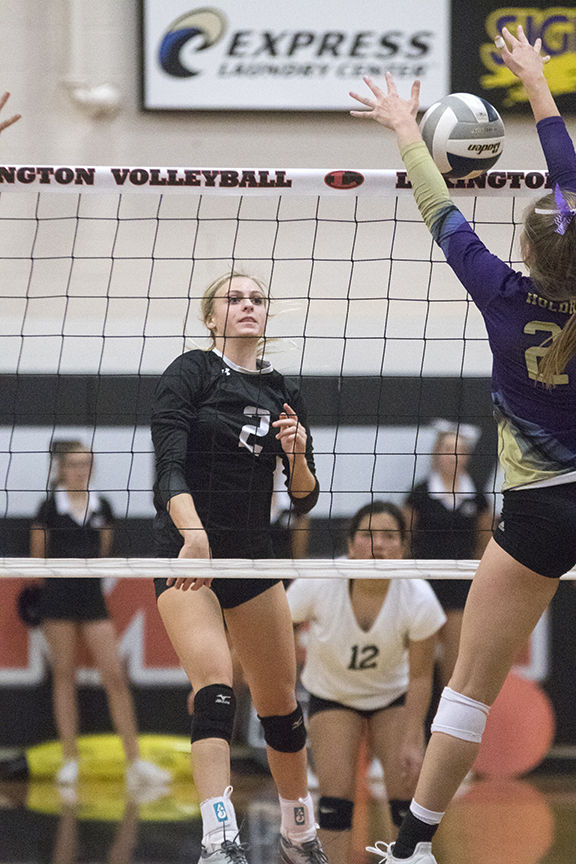 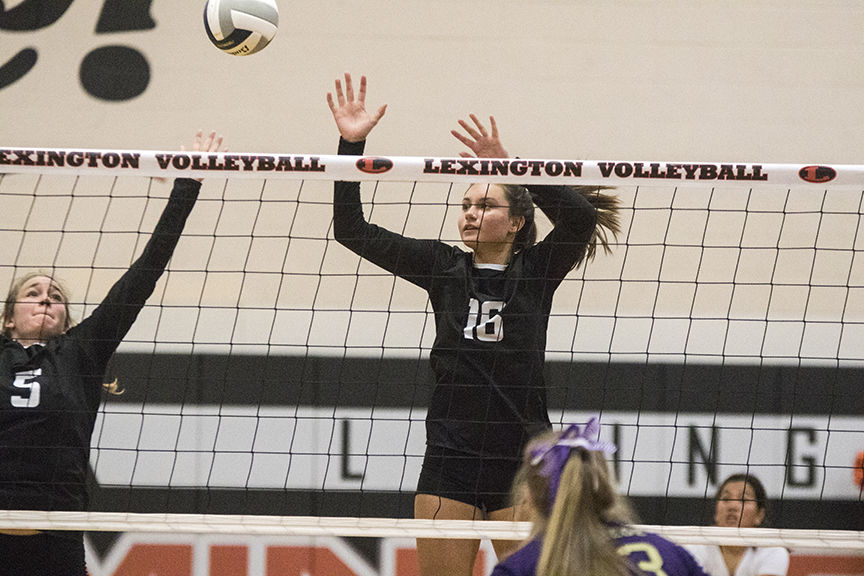 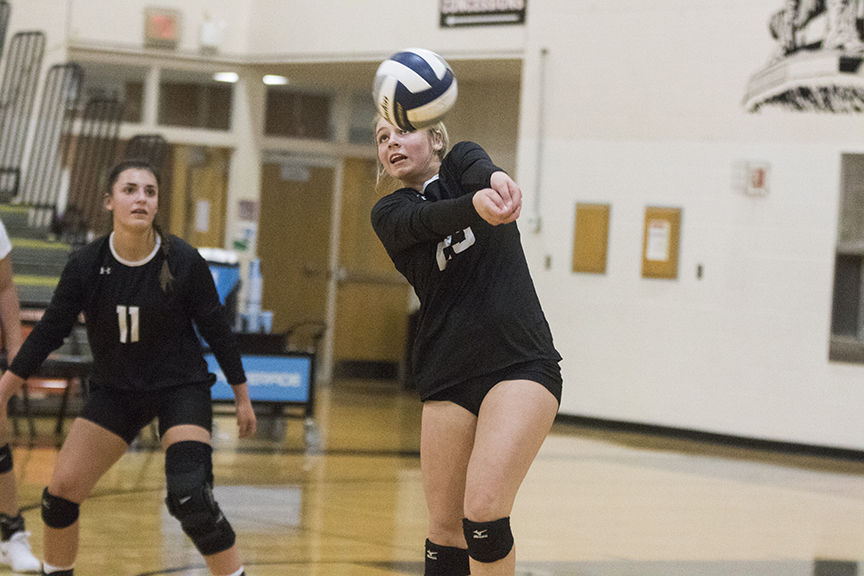 The Holdrege Dusters entered the night with a 3-25 season against the 8-24 Bison. The Bison took the upper hand in the first two sets, winning the first, 25-19, and the second, 25-21. The Dusters pressed for a win in the third set to claim their first victory of the night, 21-25, and unexpectedly put away another win in the fourth, 20-15. The Bison were neck and neck with the Dusters in the fifth set when it went long before Holdrege edged the win, 16-18. Holdrege with a three set run defeated the McCook Bison, 2-3.

After a short break and some warm-ups, the Minutemaids squared off with the Dusters. Lexington put away a comfortable 25-17 win over Holdrege in the first set. The Second set played a little differently, appearing to go the way of the Dusters until the Minutemaids came back for a tie game and pressed for the win. The ‘Maids took long runs to put up another win, 25-19, Backing Holdrege into a corner, 2-0.

The Lexington squad held the lead in the majority of the third set and slowly extended it to a 25-15 win, defeating the Dusters, 3-0, and claiming the Class B-7 subdistrict championship.

“We talk all the time about how we have to earn points,” said Lexington head coach Samantha Hammond after the game. “When we did that, we scored easy and that’s what we want to be able to do; score easy.”

The Minutemaids’ performance in Wednesday’s match left confidence for the squad in the eyes of their coach as the team appeared to play a seamless match with the Dusters.

“Our mantra is that we get better every day,” Hammond said. “Tonight, we were the best that we have been all season. We hope that Saturday we play even better, that we play our game and hopefully compete for a win out there.”

After the game, Hammond asked two of her players, Cordelia Harbison and Liah Haines to interview.

“It feels amazing,” said Harbison with a big smile. The adrenaline from the win and the student section’s support seemed to still be coursing through her as she danced with excitement from the win. “This is the best student section, ever.”

“It feels good with all our fans here to cheer us on,” added Haines. Haines explained how, while the ‘Maids went into the match confident for the win, they made sure to maintain focus, saying, “We still came in wanting to work hard every play and prove that we deserved to host.”

Harbison went on to say that the win felt better because of the teamwork.

“We played together, as a team, not individually,” said Harbison.