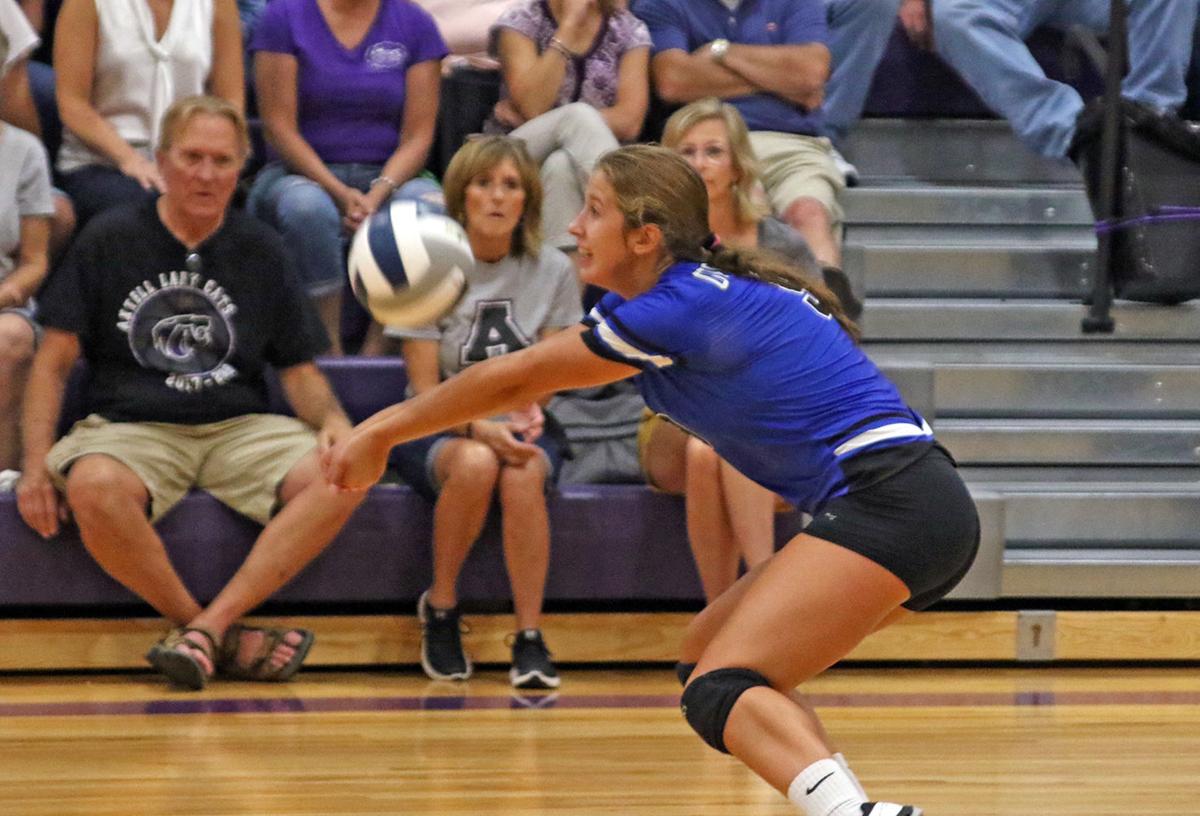 Overton sophomore Rachel Ecklund saves a ball in the match against the Axtell Wildcats, Tuesday.  The Eagles went 1-1 at the triangular hosted in Axtell, where they defeated the S-E-M Mustangs but fell to the Wildcats. 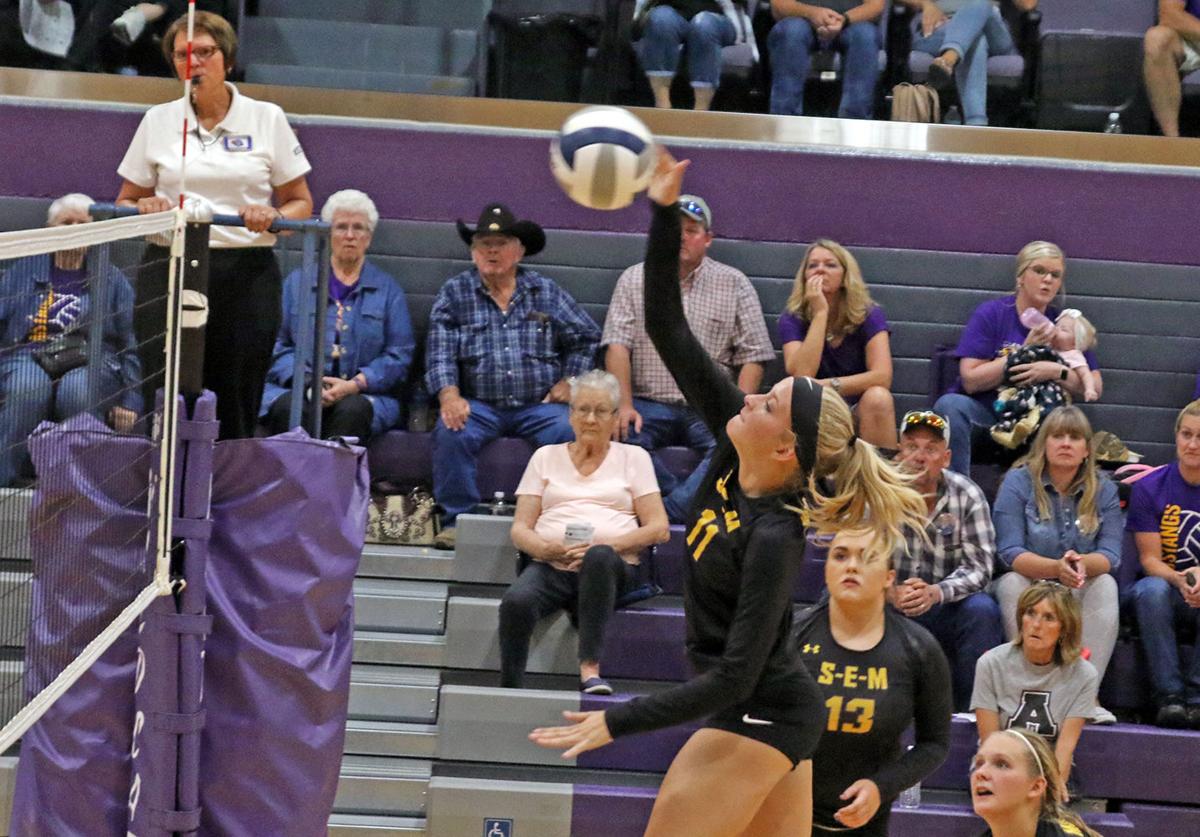 S-E-M junior Ashley Schroeder kills the ball in Tuesday’s triangular with Overton and Axtell  at AHS.

Overton and S-E-M travel to Axtell for volleyball triangular

The S-E-M squad met with the Axtell Wildcats to kick off Tuesday’s competition. The lady Mustangs lost to the Wildcats, 0-2, but they wouldn’t let Axtell take the win easily as they lost the first set, 20-25. S-E-M took Axtell the distance, played the game long, and ultimately fell to the Wildcats by just two points with a final score of 24-26. The Wildcats took their first victory of the night before the purple and gold took on the Overton Eagles.

In the second match of the night, the Overton girls claimed a comfortable 25-18 victory over the lady Mustangs in the first set. The S-E-M squad battled hard in the second set and took the game beyond regulation, again, before falling to the Eagles, 27-25.

After their win over S-E-M, Overton stayed on the court to meet with host school Axtell for the final match of the night. Axtell took a solid lead late in the first set with the lady Eagles and ran to a strong victory, 17-25. The Overton squad wouldn’t let the game go so easy and battled evenly with the Wildcats before falling, 23-25, in the second set.

S-E-M senior Lindsey Dittmar stood out for the lady ‘Stangs in their match with Axtell, earning nine kills against the Wildcats. Dittmar and two of her teammates, juniors Sarah Glatter and Ashley Schroeder, matched kills at four against the Overton Eagles.

Overton sophomores Haley Fleischman and Rachel Ecklund took the spotlight against the lady Mustangs, earning 12 and nine kills, respectively. Senior Jaycee Wallace recorded three serving aces against S-E-M. Fleischman outperformed any other individual player in the lady Eagle’s match with the Wildcats with 10 kills, while Ecklund was not far behind with seven.

The Overton varsity volleyball team will be at home on Tuesday, Sept. 11 when they host Maxwell. Games are set to begin at OHS at 5 p.m.

Brawl breaks out between Cowboys, 49ers fans outside AT&T Stadium

These rare photos show Tom Brady from his baseball days

These rare photos show Tom Brady from his baseball days

Stephen A. Smith, back after extended absence, says COVID-19 ‘almost took me out’

Here’s how serious Stephen A. Smith’s COVID-19 case was: The day after a Cowboys playoff meltdown, he was restrained, even somber at times.

Column: And then there was one: Black coaches in the NFL

And then there was one.

WINTHROP, Wash. (AP) — For the first time in 32 years, organizers of the Rendezvous Cross Country Ski Festival in West Yellowstone, Montana, had to cancel November’s traditional start-of-the-ski-season event due to a lack of snow.

With the opening ceremonies for the 2022 Beijing Olympics coming Feb. 4, here's a look back at 13 of the greatest ski moments in Olympic history.

Overton sophomore Rachel Ecklund saves a ball in the match against the Axtell Wildcats, Tuesday.  The Eagles went 1-1 at the triangular hosted in Axtell, where they defeated the S-E-M Mustangs but fell to the Wildcats.

S-E-M junior Ashley Schroeder kills the ball in Tuesday’s triangular with Overton and Axtell  at AHS.