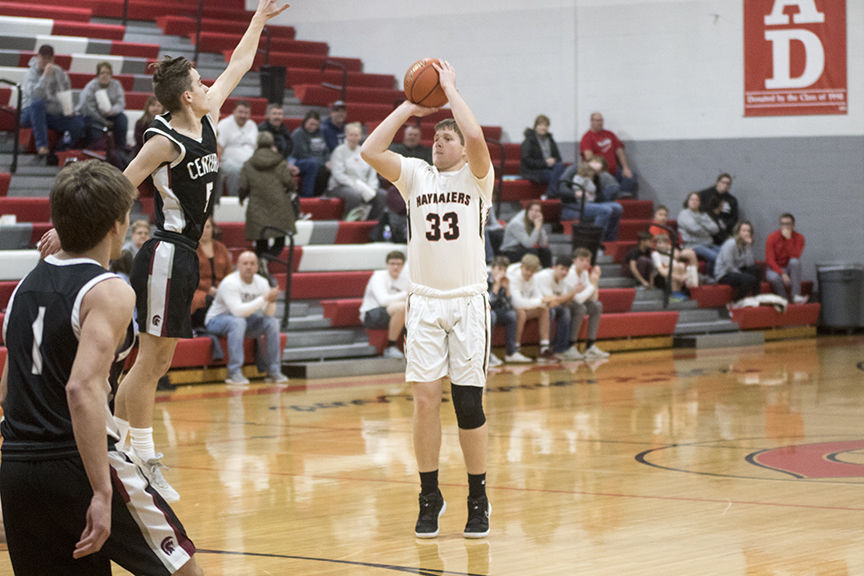 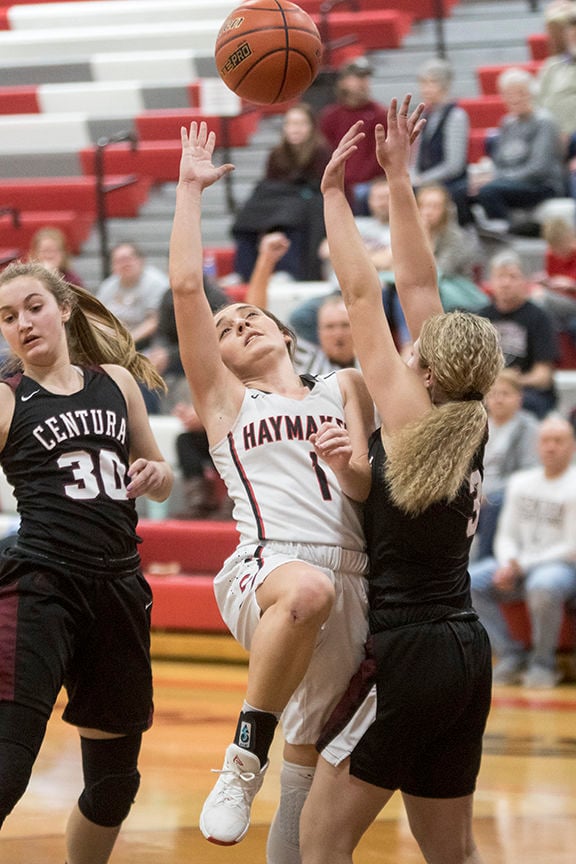 COZAD – The Cozad basketball teams celebrate a night of two wins, with the boys and the girls taking a win over their Centura counterparts.  The lady ‘Makers claimed their win, 39-32, while the Haymakers took a win in the closing moments of the game, 56-53.

The Cozad girls earned their win over Centura in the second quarter with a big push on the net.  After outscoring the Centura girls 6-2 in the first quarter, the lady Haymakers put 17 points on the board over Centura’s seven points, taking a 14 point lead at halftime, 23-9.  Centura outscored the Cozad girls in the third and fourth quarters, 10-15 in the third and 6-8 in the fourth, but were unable to overcome their deficit.  Cozad took the win, 39-32.

“I thought our defense played really well,” head coach Zach Stauffer said after the game.  “I know, in the fourth quarter, our offense wasn’t really there but our defense was locked in.  That second quarter was huge for us.  They tried to go two-three zone on us and we did a good job of attacking it.  Our offense is starting to wake up a little bit, hopefully we can keep that rolling.”

Leading the lady Haymakers in the win over Centura were Mckenzie Lee with seven points, Megan Burkholder with eight, and Megan Dyer with 10 points.

The Haymakers competed with the Centura boys in the first quarter and put six points on the board under the Centurians’ seven.  The Cozad boys had a big 24 point second quarter while holding Centura to 15.  This game the Haymakers a good eight point lead at the halftime buzzer, 30-22.

Centura regained the lead in the second half, with a 19 point third quarter, outscoring the Cozad boys’ 10 points.  As the end of the game neared, the Haymakers were able to catch the Centurians and tied the game at 53 with 24 seconds left on the clock.  The Centurians sealed their loss to the Haymakers, fouling Cozad’s Jacob Weatherly where he won the game on free throws.  The Haymakers won their fourth win of the season, 56-53.

“Tonight you saw execution and winning plays on defense in the fourth quarter,” Cozad head coach Drew Danielson began by saying after the win.  “It’s just a mindset with our guys.  They know that the fourth quarter is time to win the game.  We just have to get that mentality stretched out to the whole game.”

Top scoring players for the Haymakers in Saturday’s game included Tag Sassali with 10 points, Nolan Wetovick with 17 and Jacob Weatherly with 20 points.  Weatherly also went 9 of 12 at the free throw line.

The Cozad basketball teams will head to Lexington on Thursday, Jan. 23 to duke it out on Coach Carpenter Court.  The Varsity games are set to begin in Lexington at 6 p.m.