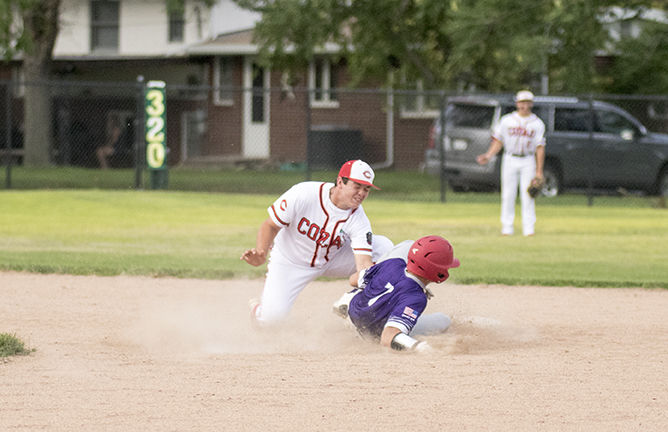 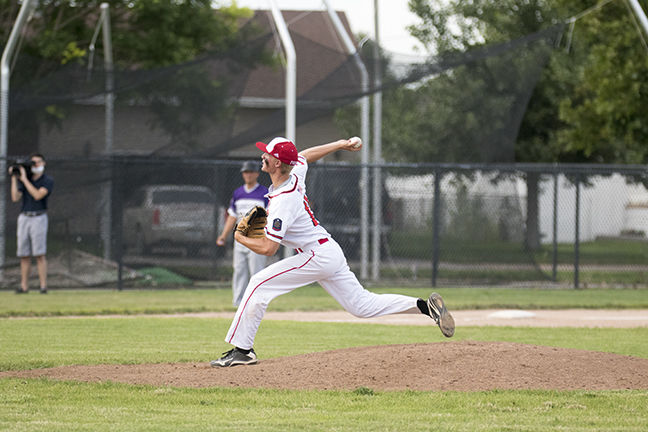 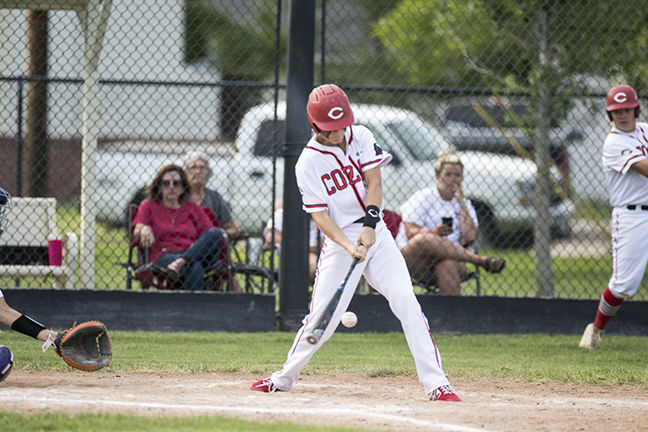 Minden’s early six-run inning too much for Reds recovery

COZAD - Under threat of a thunderstorm on the horizon, the Cozad Reds and Minden canceled their juniors game and moved the seniors up to 6 p.m. on Monday, July 13. Minden put several runs on the scoreboard early to take a 7-3 win over Cozad after seven innings.

The first inning went scoreless on Monday night. When Minden took the plate in the top of the second inning, they drove in six runs to take a 0-6 lead over the Reds. Cozad was only able to answer with one run in the bottom of the inning, scored by Nolan Wetovick on a sacrifice grounder hit by Jacob Engel.

Cozad scored the second run in the bottom of the fourth when Kody Keller scored on an error, an overthrown ball to first base.

The fifth and sixth innings saw a battle of defenses as neither team would give up a run. Then, Minden extended their lead by one run in the top of the seventh, scored on a fly ball to center field. Minden led, 7-2, when Cozad took their last chance to rally a tie or a win in the bottom of the seventh inning.

Austin Werner scored the last run for Cozad on an error by Minden’s third baseman, Brennan Runge. Minden then ended the game on a groundout, a flyout, and a strikeout.

Cozad will be at home against the Overton Bandits on Wednesday, July 15. Games are set to begin in Cozad at 5:30 p.m.