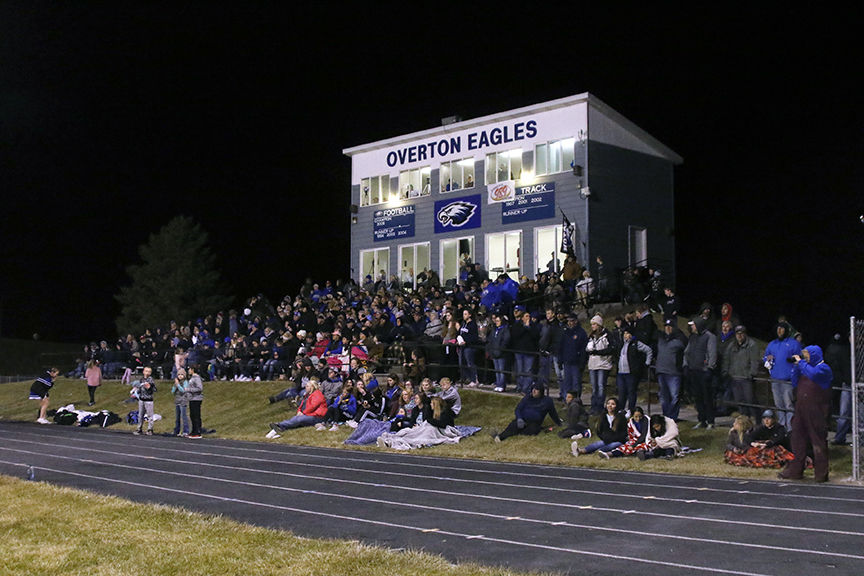 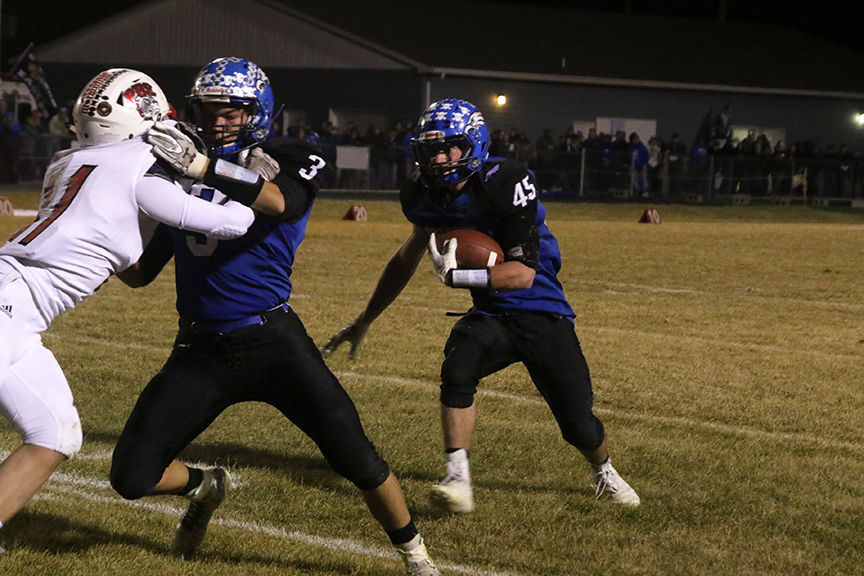 LEXINGTON – Upon completion of the Lexington area’s longest running football season in 2019, the Clipper-Herald received an e-mail from the Overton Eagles’ head coach Paul Heusinkvelt, answering some questions about his team, their success, their final game and their season.

While the Eagles went into the postseason a little stronger in the win/loss ratio in the 2018 season, their journey into the playoff bracket this year felt a little more solid.  Credit for this was largely in part to a remarkable defensive strategy.

“The defense was one area of the game this year that we thought was going to be our strongest area,” Coach Heusinkvelt wrote.  “Each week the coaching staff did a great job scheming for the opponent and putting our players in the best possible scenarios to succeed.  After that, it was just our players being disciplined and maybe even a little heroic at times that led us to being a top-rank defense.”

Though Overton’s defense has kind of been the biggest talking point about their season, it doesn’t mean the Eagles’ offense was left to be forgotten.  Long, powerful rushing drives have been the calling card for the blue, black and white this season with Ryan Lauby and Elijah Heusinkvelt being the crème-de-la-crème of that offense.  Coach Heusinkvelt explains their final game this season and how the Bulldogs were able to overcome such a powerful front.

“Pleasanton schemed and played us very well,” Heusinkvelt explained.  “They made some key adjustments in the linebacker area that took away our option game.  I felt like we adjusted and still moved the ball on them very well, but every time we got a drive going in the second half we made a mistake that we could not recover from.  Turnovers, a missed red zone opportunity, a blocked punt, a bad snap, and penalties were key factors in our loss.  If we would have limited those, I believe we would have had a different result.”

After the game, despite the loss, Overton fans can be heard assuring each other there was no reason for the Eagles to hang their heads.  Their pride is shared with their coach.

“This season was full of surprises,” Heusinkvelt said in closing.  “Not only did we grow as a team from start to finish, but we grew as a family on and off the field.  Everyday these players came out and gave their full support for each other and it showed on the field.  I am going to miss coaching these individuals as I have been coaching them since they were in fourth and fifth grade.  This team played with great character and heart.”