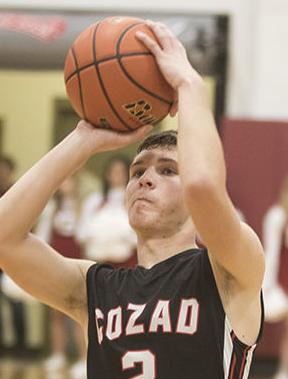 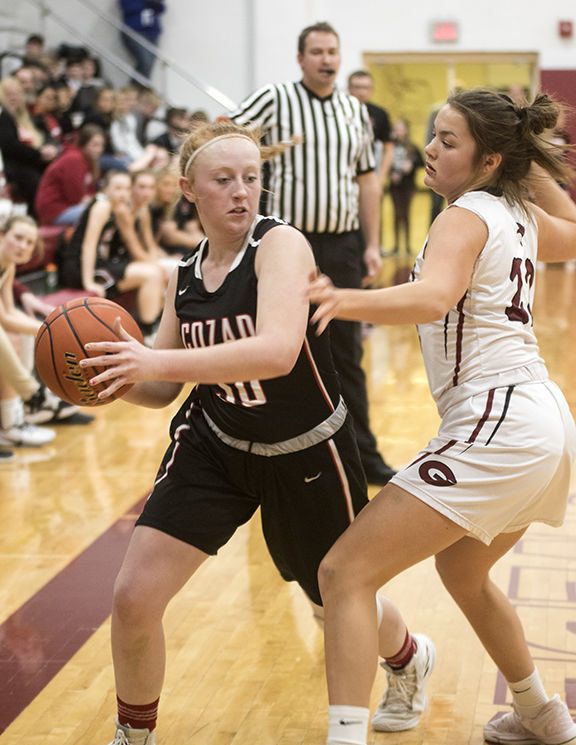 GOTHENBURG – The Haymaker basketball teams headed to their rival gymnasium to take a shot at the Swedes in Gothenburg on Thursday, this week. The lady ‘Makers fell short against the Gothenburg girls, 32-38, while the Haymaker boys added a win to their season with a 50-46 win over the Swedes.

Gothenburg may have busted out slightly stronger than the Cozad girls in Thursday’s game, putting eight points over the lady ‘Makers’ five in the first quarter, but Cozad made the lady Swedes work for the win.

Mckenzie Lee put up two three pointers with another by Abigail Nelson, punctuated by four points scored by Megan Burkholder put 13 points on the board for Cozad over the Swedes’ nine, giving the lady ‘Makers a razors edge of a lead at halftime, 18-17.

Gothenburg scored 21 points over Cozad’s 14 in the second half of the game and the Haymaker girls took the loss, 32-38.

“Our game plan was, pretty much, spot on,” said Cozad girls head coach Zach Stauffer. “We wanted to switch a little bit to a two-three defense. We over extended it a little, we’re still growing in it. Giving up four big three pointers in the second half is what killed us. We got sucked in, they kicked out to the corner and hit a three pointer and did it again and again.”

Stauffer feels that he and his coaching staff are locked on to a solution for the 2019-20 lady Haymakers that could make games swing their way.

“There’s about four or five plays in a game that are effecting us, right now,” Stauffer explained. “If those plays go our way then maybe a fast break layup doesn’t get made, and suddenly it’s a ball game.”

A first quarter push was responsible for Cozad’s win over the Gothenburg boys in the game that followed. The Haymakers put a small lead on the Swedes in the first quarter, 11-6, and walked the line to an exciting finish. Gothenburg outscored the Haymakers in the second and third quarters, by one, and brought the game to a 46-46 tie with less than a minute left on the game clock. The game looked to go to overtime, but the day was saved with free throws scored by Jacob Weatherly and Austin Werner.

The Haymakers will host their next games when they welcome Centura on Saturday, Jan. 18. Games are set to start in Cozad at 3:30 p.m.