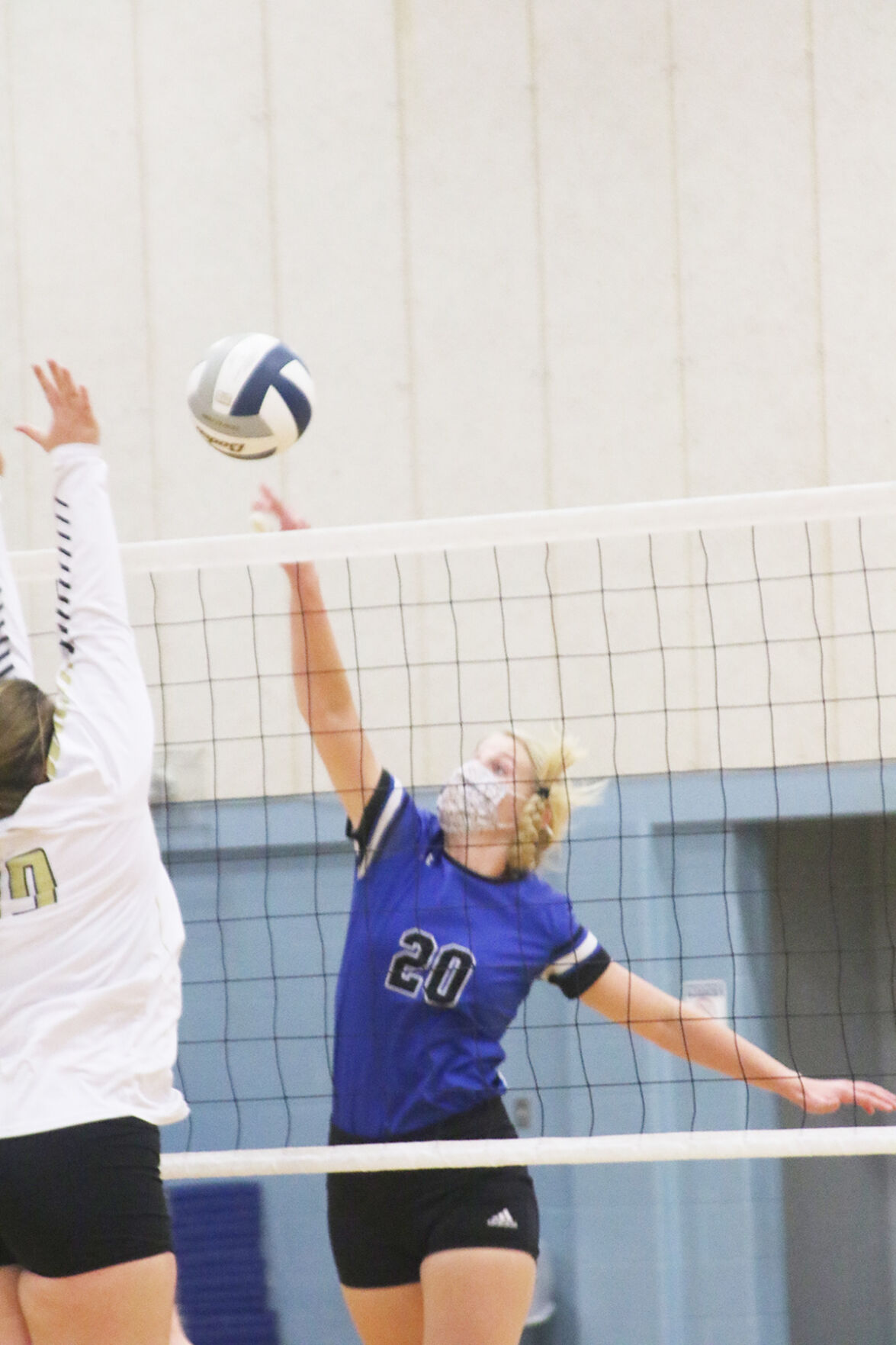 Paetyn Florell slaps a ball over the net at home against Ansley-Litchfield on Thursday, Oct. 8. 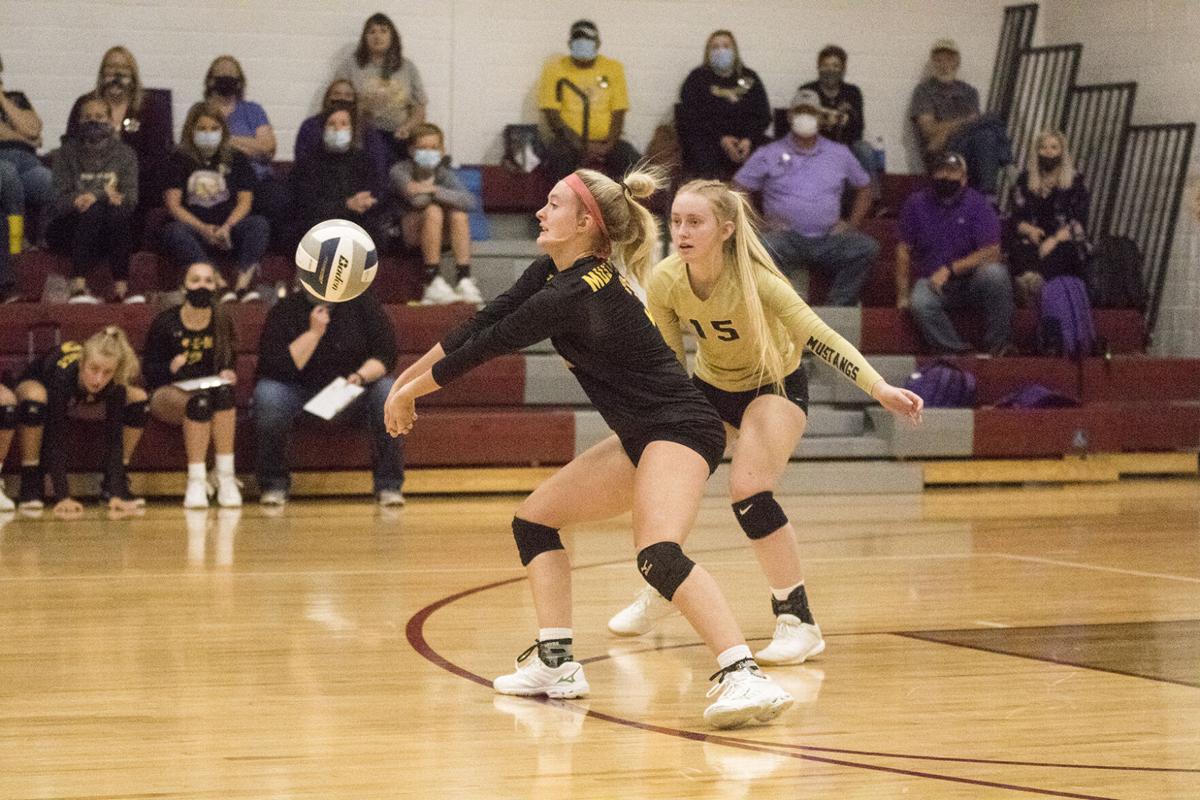 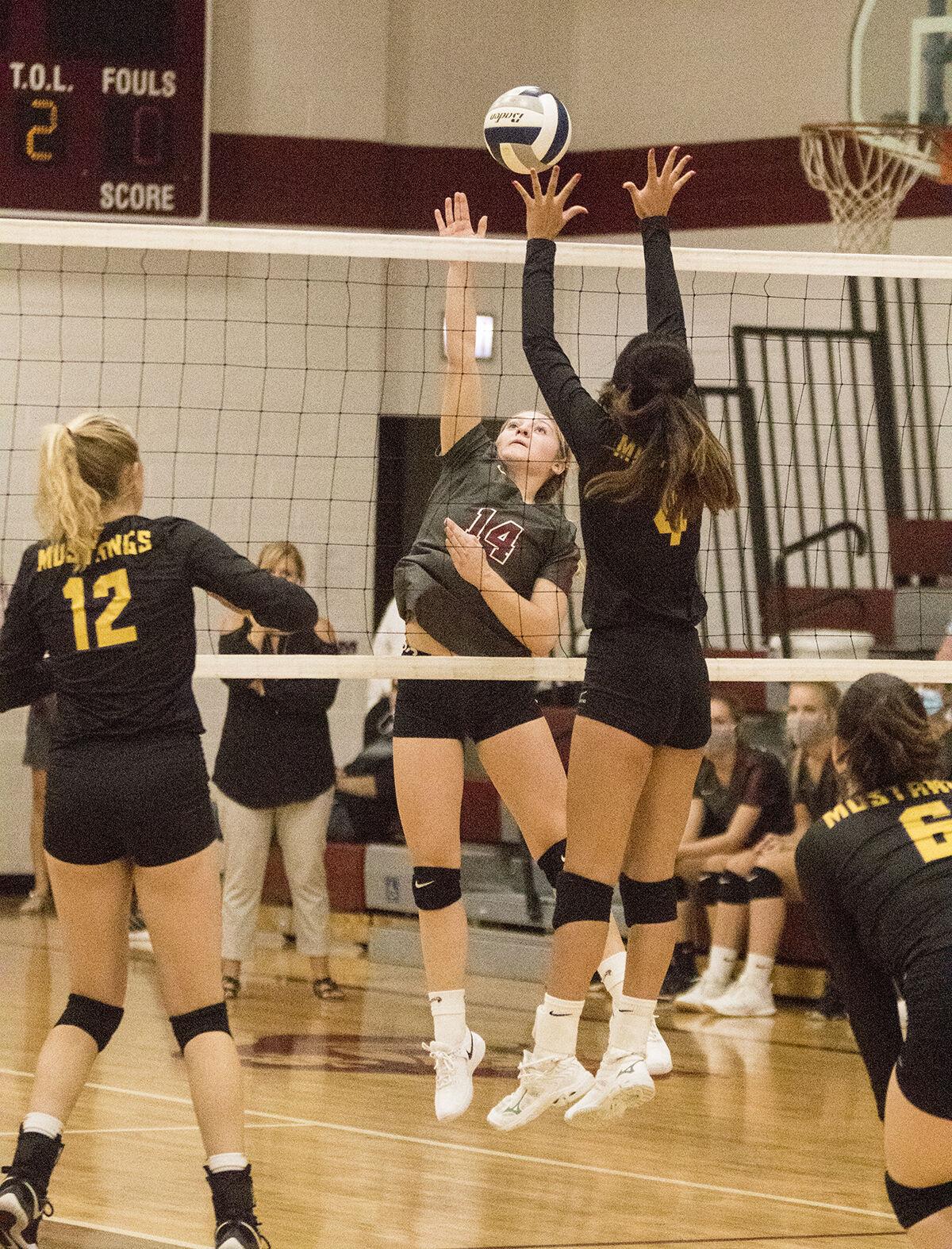 LEXINGTON – The 2020 Fort Kearny Conference Volleyball Tournament is underway and will complete on Thursday, Oct. 15. Kicking off in two locations, the top seeded Pleasanton Bulldogs hosted one pool while the second seeded Overton Eagles hosted another.

The Sumner-Eddyville-Miller lady Mustangs competed in the first match of the night in Pleasanton, taking the court with the Ansley-Litchfield Spartans. The Mustangs played hard and held their own with the Spartans but the Ansley Litchfield girls took the win in two sets, going 18-25 in the first set and 19-25 in the second.

The Second match played at Pleasanton, between the Axtell Wildcats and the Elm Creek Buffaloes, resulted in an Elm Creek win in two sets, 25-14 in the first set and 25-8 in the second.

The Hi-Line Bulls opened at the Overton location with a match against the Wilcox-Hildreth Falcons. The Bulls claimed a win in their first round match, sweeping the Falcons, 25-22 in the first set and 25-12 in the second set.

In the night’s second match in Overton, the Amherst Broncos went toe-to-toe with the Loomis Wolves. The third seeded Amherst swept the sixth seeded Loomis in two set, going 25-14 in the first set and a wide 25-5 in the second set. The Broncos’ win earned them a spot in the semifinal match.

The seventh seeded Hi-Line returned to the court to take on the hosting Overton Eagles to close the night. The lady Eagles won the match in two comfortable set, going 25-13 in the first set and 25-12 in the second. The Overton Eagles were then set to meet with the Amherst Broncos in the FKC semi-finals.

Full results for the FKC Volleyball Tournament will be on lexch.com and in the Saturday, Oct. 17 edition of the Clipper-Herald.

LINCOLN - The NSAA State Volleyball Championships are in the books and the Overton Eagles finished the tournament in third place in Class C2. …

Eagles win first round at state

Paetyn Florell slaps a ball over the net at home against Ansley-Litchfield on Thursday, Oct. 8.