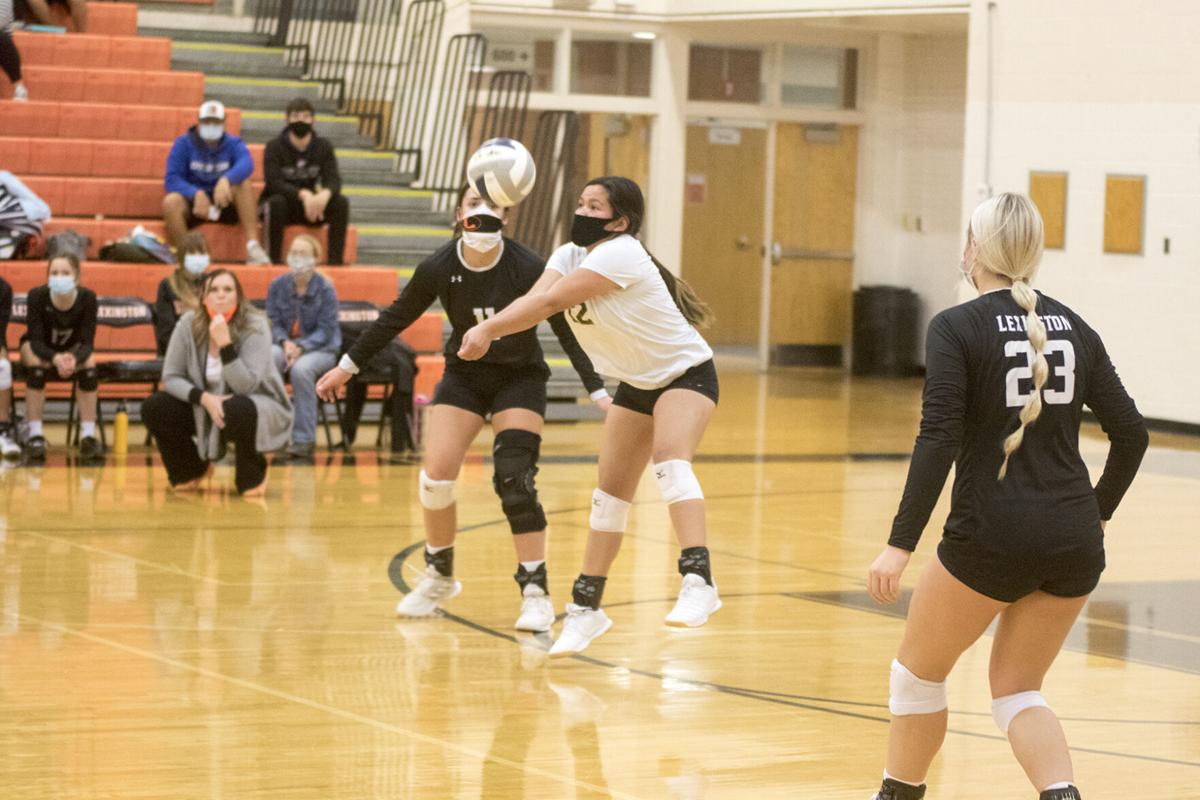 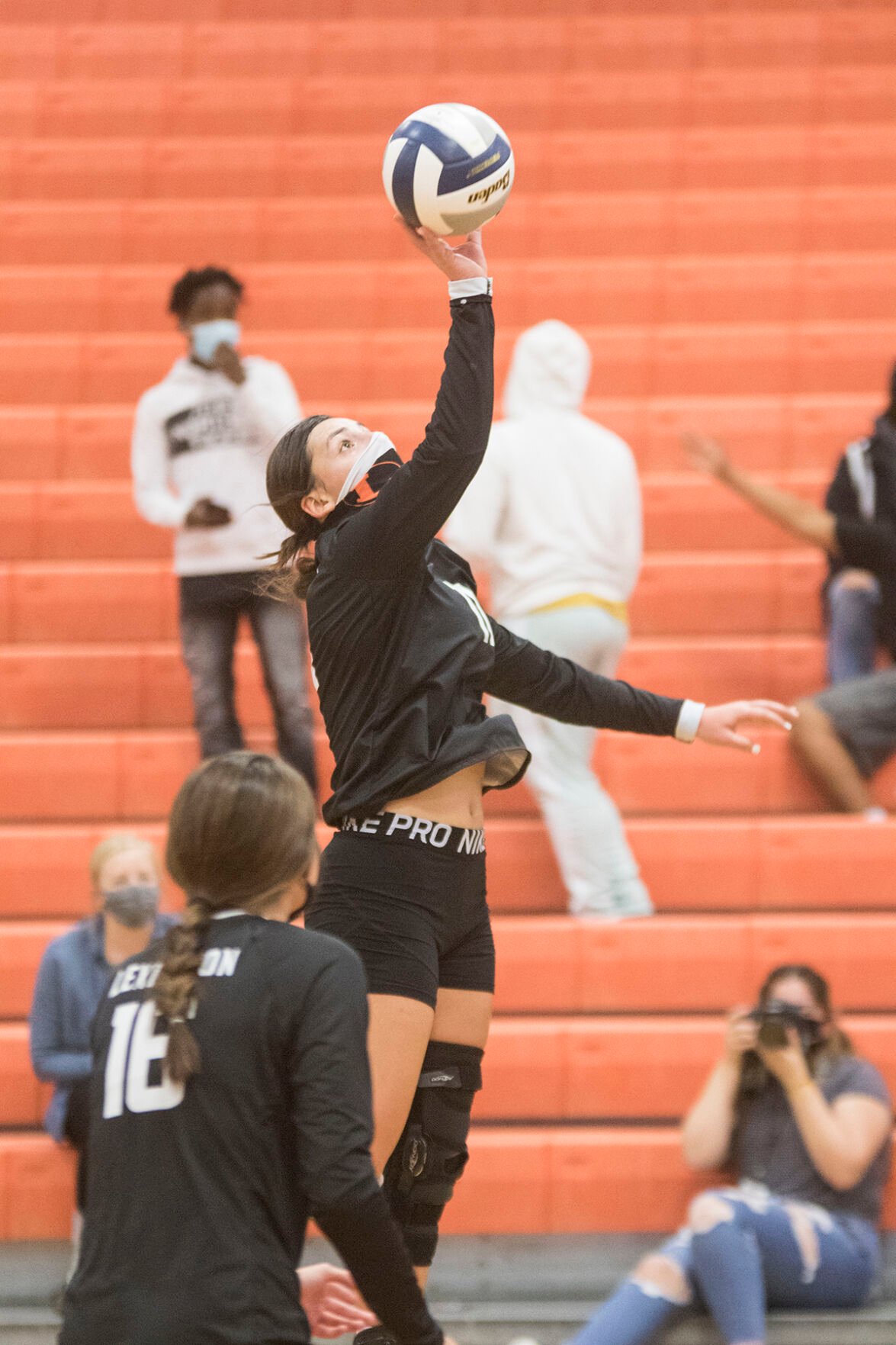 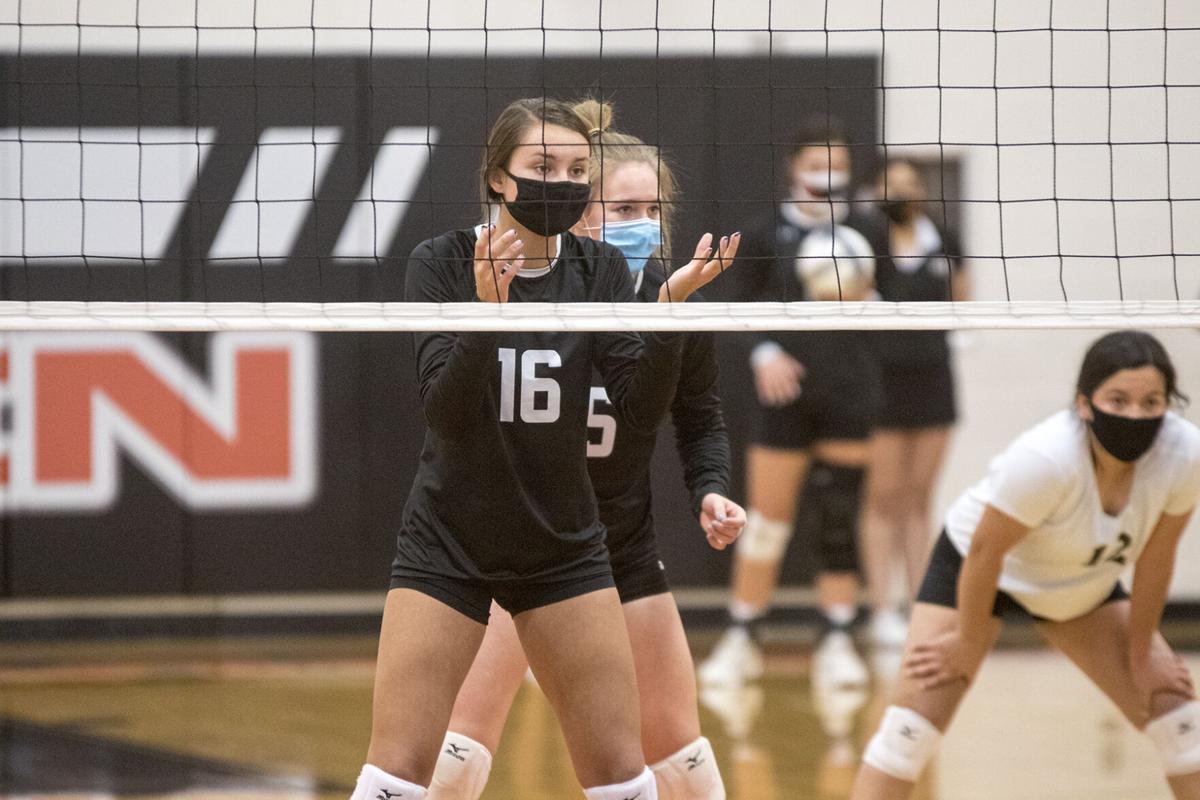 LEXINGTON – Five area volleyball teams entered into their sub-district tournaments this week and two teams emerge victorious to compete in their district finals. While Hi-Line and Sumner-Eddyville-Miller made their sub-district finals, they ended their season with losses to the top seeded teams in their brackets. Cozad fell in their first round match to end their season while the Overton Eagles and Lexington Minutemaids move on to the district finals level, hoping for a chance to go to the NSAA State Volleyball Championships.

Starting with the Lexington Minutemaids, the orange and black squad took a well calculated win in their first round match. The no. 1 seeded Minutemaids claimed a 3-0 win over the fourth seeded Holdrege Dusters with a 25-21 first set, a 25-16 second set and a 26-24 third set. They faced the Hastings Tigers in the sub-district final the following night, on Wednesday, Oct. 28. Hastings swept the Minutemaids in the final, 0-3, with an 18-25 first set, 25-27 second set and 23-25 third set.

While the Minutemaids fell in the sub-district final, they still qualified for a district final appearance and will travel to Elkhorn on Saturday, Oct. 31. The fourth seeded Elkhorn will host the 13th seeded Lexington Minutemaids with a 1 p.m. start.

The Cozad Haymakers were seeded fourth in their sub-district bracket and opened with a game against the no. 1 seed, Gothenburg Swedes. The Swedes ended the lady ‘Makers season with a 0-3 win, taking a 20-25 win in the first set, 25-5 second set and finished the match with a 8-25 third set win. The Haymakers end their season with a 1-31 record.

The Sumner-Eddyville-Miller Mustangs were in Bertrand for the Class D2-8 sub-district tournament where they opened with a long game against the Loomis Wolves. The third seeded Mustangs upset the first round, defeating the second seeded Wolves, 3-2, taking a win in the first two sets, 25-16 and 25-21, losing the third and fourth sets, 21-25 and 20-25, and finishing the match with an 18-16 fifth set win. S-E-M fell to the Bertrand Vikings in the sub-district final, 1-3, losing the first two sets, 15-25 and 13-25, taking a third set win, 25-23 and falling in the fourth set, 14-25. The lady Mustangs end their season with a 9-16 record.

Last, but certainly not least, the Overton Eagles were seeded first in their sub-district and won their way to the district finals with a definitive 3-0 win over Southern Valley, winning the first set, 25-9, the second set, 25-13 and finishing with a 25-14 third set.

The Overton Eagles will travel to Ogallala on Saturday, Oct. 31 for their district final match, meeting on neutral ground with the Gordon-Rushville Mustangs. The 25-2 Eagles take the court with the 24-9 Mustangs in Ogallala for the Class C2-3 district final at 2:30 p.m. Mountain time.

ELWOOD – Like most schools, the mats in the Hi-Line wrestling room have been softened with use as the Bulls ready for their first chance at co…

Wilson Chandler didn't leave the NBA to play in China for nothing. He went looking for peace and balance.