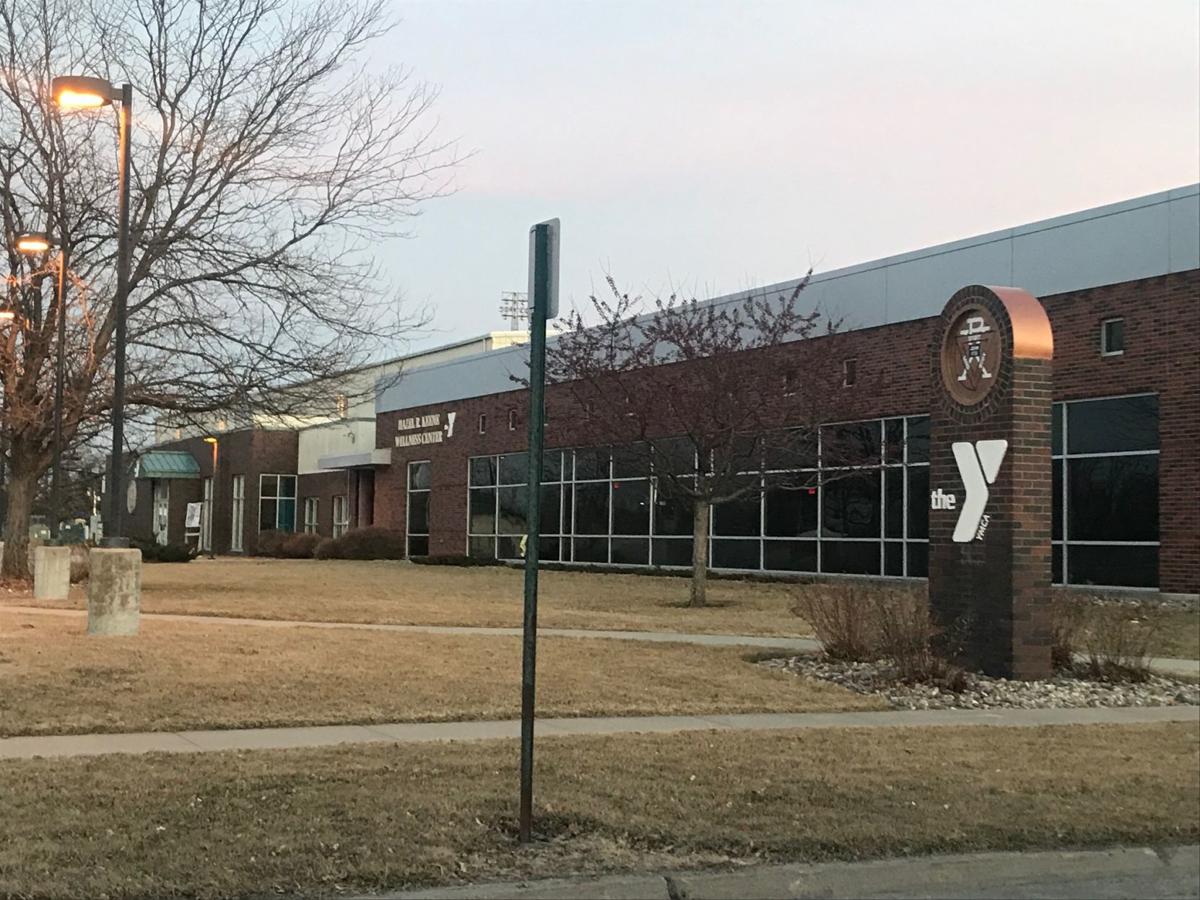 The Fremont Family YMCA closed Saturday and will remain closed Sunday. It is scheduled to reopen Monday. 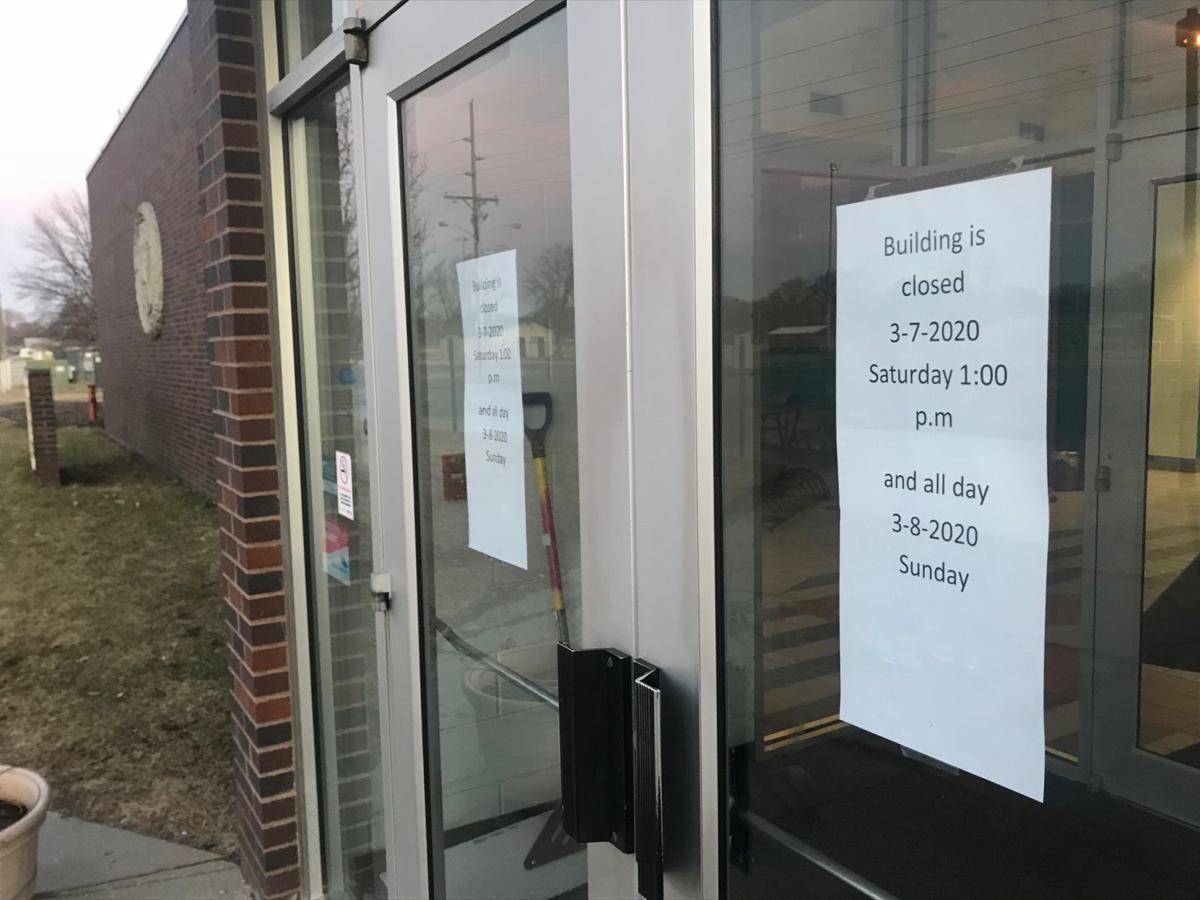 A sign on the door at the Fremont Family YMCA on Saturday afternoon.

The Fremont Family YMCA closed Saturday and will remain closed Sunday. It is scheduled to reopen Monday.

A sign on the door at the Fremont Family YMCA on Saturday afternoon.

FREMONT — The state’s sixth-largest city found itself Saturday at the heart of Nebraska’s first coronavirus scare, with local schools and the university deciding to shut down for at least a week.

“Fremont is a strong community and (residents will) follow the guidance that’s been put out,” Mayor Scott Getzschman said. “We’ll all work together and get it handled.”

Saturday’s developments showed how a single case of coronavirus disease can rapidly disrupt thousands of lives.

Health officials learned that a 36-year-old woman who is being treated in the Nebraska Biocontainment Unit for COVID-19, the coronavirus disease, played in a basketball tournament at the Fremont Family YMCA on Feb. 29.

One week later, that means nearly 7,000 youths from pre-K to college will have no classes for at least the next week. Hundreds of teachers and many other staffers in those schools will be idled. Sports practices and games have been postponed or canceled. High school and elementary school musicals are delayed. And the Fremont Y will be shuttered Sunday for deep cleaning.

Saturday afternoon, Nancy Ellison was walking her goldendoodle through the empty parking lot of the Fremont YMCA, which closed at 1 p.m. Ellison, who works as a respiratory therapist in Omaha, said she recently was trained to deal with coronavirus patients and knows what questions to ask them.

“We just need to live clean and take precautions,” Ellison said. “I’m not freaked out.”

The basketball tournament wasn’t the only event held at the YMCA on Feb. 29 — between the Special Olympics, a hockey tournament, a tennis tournament and swim lessons, an estimated 1,000 to 1,500 people passed through the Y’s doors, local officials said at a Saturday evening press conference at Midland University.

Of prime concern are the players, coaches and volunteers involved in the Special Olympics basketball tournament. Spectators of the Special Olympics events and other people who were in the YMCA that same day are at much lower risk than the direct participants, officials said. People who didn’t participate in the events can self-monitor and contact a local health department or their health care provider if they develop symptoms.

“I’m not aware of any students who have shown symptoms at this point who will need to be tested,” Horner said.

Dr. Tom Safranek, the Nebraska state epidemiologist, said the move was a “prudent” preventive measure to mitigate, suppress and delay the spread of COVID-19.

Getzschman said the City of Fremont will close its library and senior center for the next week.

Russ Leedom said he got a text Saturday telling him about the school closing. His 9-year-old daughter attends the third grade at Fremont’s Howard Elementary School.

“We’re just going to have to make it work,” he said.

Leedom said his mother, who also lives in Fremont, will be able to watch his daughter. But others, he noted, might have day care issues.

At Huey’s Smokehouse in Fremont, Stevie Nelsen said the restaurant almost closed at 6:30 p.m. because no one was coming in.

“Saturday nights are usually swamped,” Nelsen said. “I think everyone was panicked.”

At A&A Drug, pharmacist Steve Arneson said customers were asking about hand sanitizer and face masks, but the store has been out of sanitizer for a week or so and longer for the masks.

“Our suppliers don’t even have a date when they’ll get that,” he said.

Next door at a toy store, clerk Tina Doughty was checking out a customer buying a huge stuffed horse. A hand sanitizer dispenser sat by the cash register.

The Fremont Public Schools were scheduled to have only three days of classes this week before spring break starts, which made the decision to close slightly easier, Superintendent Mark Shepard said.

Methodist Fremont Health President and CEO Brett Richmond said the hospital hasn’t had any patients show up with COVID-19 but is working on infection control, gathering supplies and preparing staff.

It still is cold and flu season, so not every case of the sniffles means someone has been exposed to coronavirus, he said.

The hospital is asking people to consider avoiding or limiting visits to hospital patients or patients in long-term care centers.

The City of Fremont is working closely with the Three Rivers Public Health Department, Getzschman said.

The moves taken by each school district or college can be found at fremonttigers.org/2020/03/07/ fremont-entities-closing-out-of-precaution-to-covid-19.

Proper way to use hand sanitizer

Spectators of the Special Olympics events and other people who were in the Fremont Y that same day are at much lower risk than the direct participants, officials said.

CHI Health, including St. Francis in Grand Island and Good Samaritan in Kearney, has established a free helpline to answer questions and help people across the region find out if they are at risk for COVID-19.

"Nebraskans should be planning in case they need to be at home for an extended period, and they should also plan in case schools close," the governor said.

The woman, who is "very seriously ill," is at Methodist Hospital in Omaha, officials said, and is being transferred to the Nebraska Biocontainment Unit on the UNMC campus.

Superintendent: Coronavirus would need to be an 'imminent threat' for KPS to close

KEARNEY — Unless the new coronavirus becomes an “imminent threat,” classes still are in session at Kearney Public Schools.

The student is believed to have attended two basketball games during the high school girls state basketball tournament in Lincoln on March 5, according to a letter posted on the Crofton Community Schools website.