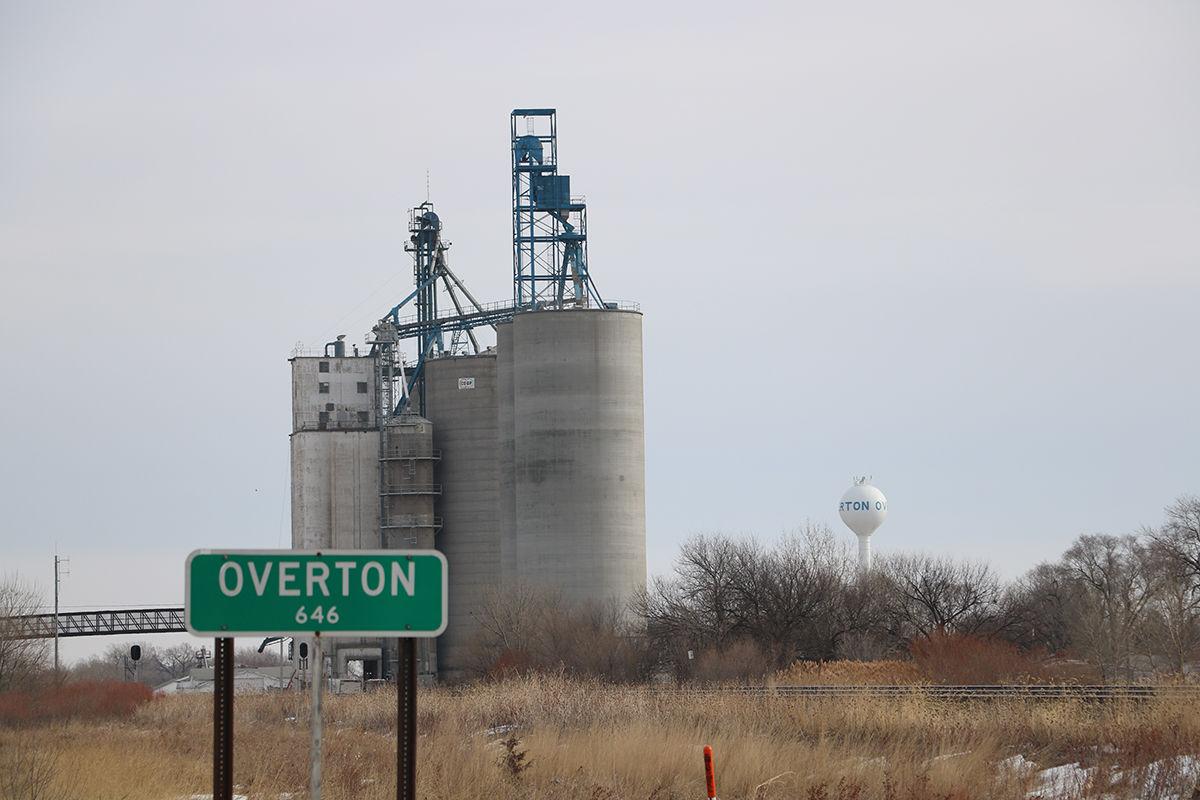 The Overton Area Community Fund is a nonprofit whose goal is to promote the community and ensure its success and growth into the future. 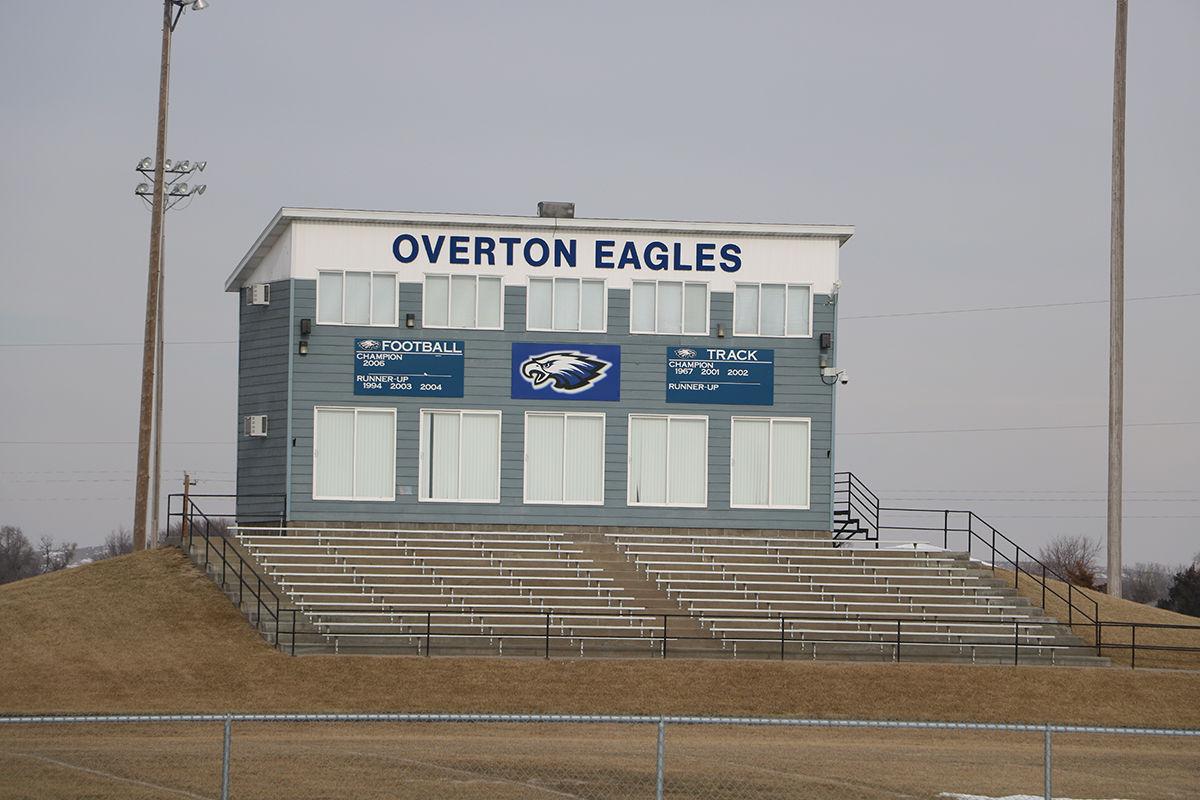 Maintaining new teachers at Overton Public School has been a recent struggle, due to lack in housing and few child care options within the community.

The Overton Area Community Fund is a nonprofit whose goal is to promote the community and ensure its success and growth into the future.

Maintaining new teachers at Overton Public School has been a recent struggle, due to lack in housing and few child care options within the community.

OVERTON — The Overton Area Community Fund, at a glance, is interested in helping to create a better future for the community of Overton, they have gotten a start and are now looking to future projects and ideas.

The nonprofit group was formed in October 2017 after one of the members attended an event in Bertrand, a community which had a nonprofit dedicated to investment in the future of the town, said OACF member Brooke Puffer.

After seeing what the Bertrand nonprofit group was able to do, for example help fund the new pool, it was decided Overton should have a similar group.

The group’s vision statement is, “Overton is a proud community and a place for quality living. Citizens of all walks of life experience a sense of belonging. Our fun, family-centered community nurtures our youth and future leaders. Locally-owned businesses and a variety of recreational activities provide a welcoming atmosphere.”

The group officially became a nonprofit in January 2018 and is made up of 12 people from the Overton community. The OACF is affiliated with the larger Nebraska Community Foundation.

The OACF mission statement is, “Inspiring investment in the Overton community by:

Stimulating a spirit of giving

One of OACF’s first objectives was fundraising. They were offered an early challenge by Steve Miller who owns Reliant Transport. He offered a match grant if the group could raise $25,000, Puffer said. This was raised by September 2018 through the donation of “founders.”

Individuals could donate $1,000 to join the OACF Founders Club, the money would be used to support the groups mission. The group was able to get 50 initial founders, said Puffer. By the end of 2019 the number of donors had grown to 60.

The money has not simply filled the coffers of the OACF, but has been distributed throughout the community. Grants have gone toward jerseys for basketball and baseball teams, the Overton Public Schools greenhouse and FCCLA travel assistance.

Perhaps one of the more colorful and vibrant results of the OACF donations was painting of the basketball courts just north of the Overton Public School. The project was widely reported on and the result was noted of what could be accomplished if a community came together.

In January 2018, the OACF hosted a town hall meeting and vision session of what was needed in the Overton community, said OACF member Alison Robinson.

Around 60 community members attended the meeting, with ages ranging from fifth graders to 70-year-olds. Puffer said when people were coming up with ideas, they were told to “not hold back and dream big.”

As the ideas came in, it became clear there were three distinct needs which were brought up the most. These included the need for more housing, more access to early child care and an indoor pool and recreational center, Puffer and Robinson said.

The need for early childhood care is one which pervades throughout the state, and the need is felt in Overton just the same.

According to the Nebraska Department of Health and Human Services child care licensing roster, there are three licensed child care providers in the Overton area.

The maximum capacity of these providers is 30 children. It should be noted not all providers take on the maximum number of children they are licensed for.

According to the 2010 Census, in the village of Overton, there are 48 children under the age of five and 55 between the ages of five to nine years.

Puffer lives in Overton, is a working mother. She said when she first became pregnant she didn’t consider child care access at first, but when it became clear they needed access, she and her spouse wondered what they were going to do.

To access child care, Puffer said she had to take her children to Sumner for daycare every day, a 21 minute commute over 17 miles, which she had to make each day.

“I would rather keep my kids in town,” Puffer said.

One of the child care providers in Overton recently ended their business, Puffer said. It has left several Overton families unsure of what they are going to do for their children.

Housing is another issue bedeviling the state and hurting Overton as well.

Puffer said she was struck by the story of an individual who was interested in working at Overton Veterinary Services and visited the community to see if it would be a good fit for their family.

The family wondered where they could live in Overton after not finding many homes available, said Puffer.

Into the visit, someone needed to use the bathroom, but the only gas station in town was closed and there was nowhere else they could go.

The family had to travel to Elm Creek for this basic but necessary amenity. This is something the OACF wishes to change.

According to census data, in 2010 Overton had 274 total housing units, 227 of which were occupied and 47 of which were vacant for any number of reasons.

Owner occupied housing totaled 163, of which, 102 had a mortgage or loan, 61 were free and clear. There were 64 renter occupied spaces.

Puffer noted a group of individuals which could benefit from new housing is teachers at Overton Public School.

When she attended school in Overton, Puffer said she can remember the same teachers being there throughout all four years, they were fixtures in the student’s school life.

Now these days it seems like there is a revolving door for new teachers, Puffer said, they go in one year and are out not long after.

Robinson added access to child care, as well as housing, can be a make or break decision for a new teacher looking to move into a community.

Overton Public Schools, according to information provided by the Nebraska Department of Education, has a total student membership of 298 students. There are 27 teachers.

The school district received a “Great,” AQuESTT classification, just a rank below the top rating.

Overton itself is classified as a village and has a population, according to 2010 census data, of 594. The median age was 33.9. A population estimates over the years show a slowly declining population. In 2018 the estimate was a population of 564 people.

Puffer and Robinson both said people will be more likely to donate to the OACF if they know what it is going for and what their overall mission is.

To this end, Puffer said the OACF wants to get the word out about their group and their mission. “We are looking to the Overton community for support,” Puffer said. She added she wants people to think of ways the can help build a better future for the community.

Puffer and Robinson recently attended a meeting of the Dawson County Commissioners, representing the OACF, inquiring about Keno funds, but the discussion grew into how the future of Overton can be built and what partners the group has as they think about how to tackle the issues of the town.

The OACF is having discussions about their next steps forward and would welcome any support from the wider area.

The can be reached at their Facebook page, they are listed under Overton Area Community Fund. They can also be contacted by email at overtonareacommunityfund@gmail.com. They are also listed in the Nebraska Community Foundation website.

“We want to support the (Overton) community as much as possible,” Puffer said in closing.

“We are community driven for sure,” said Robinson .