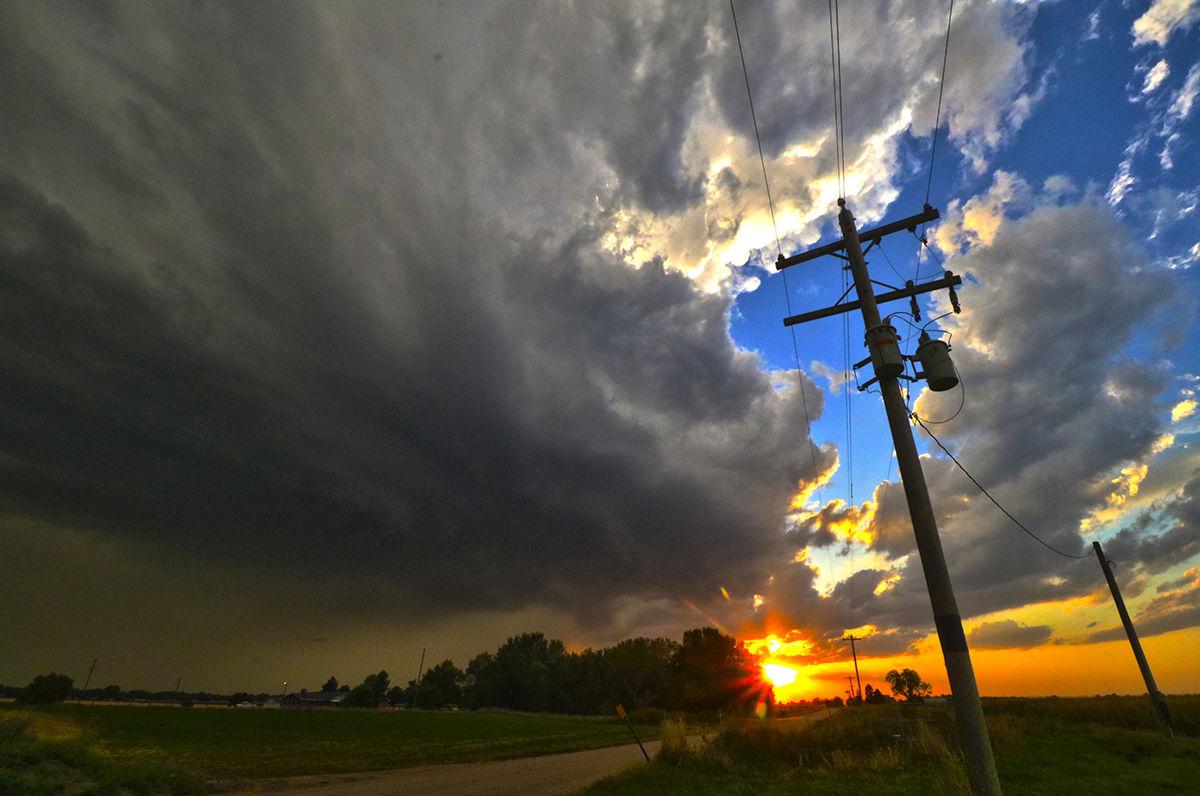 Have a plan in place before severe weather ever strikes, know where a safe place to be is in case of the worst. Know the difference between a watch and a warning and how it should effect your actions on seeking shelter. 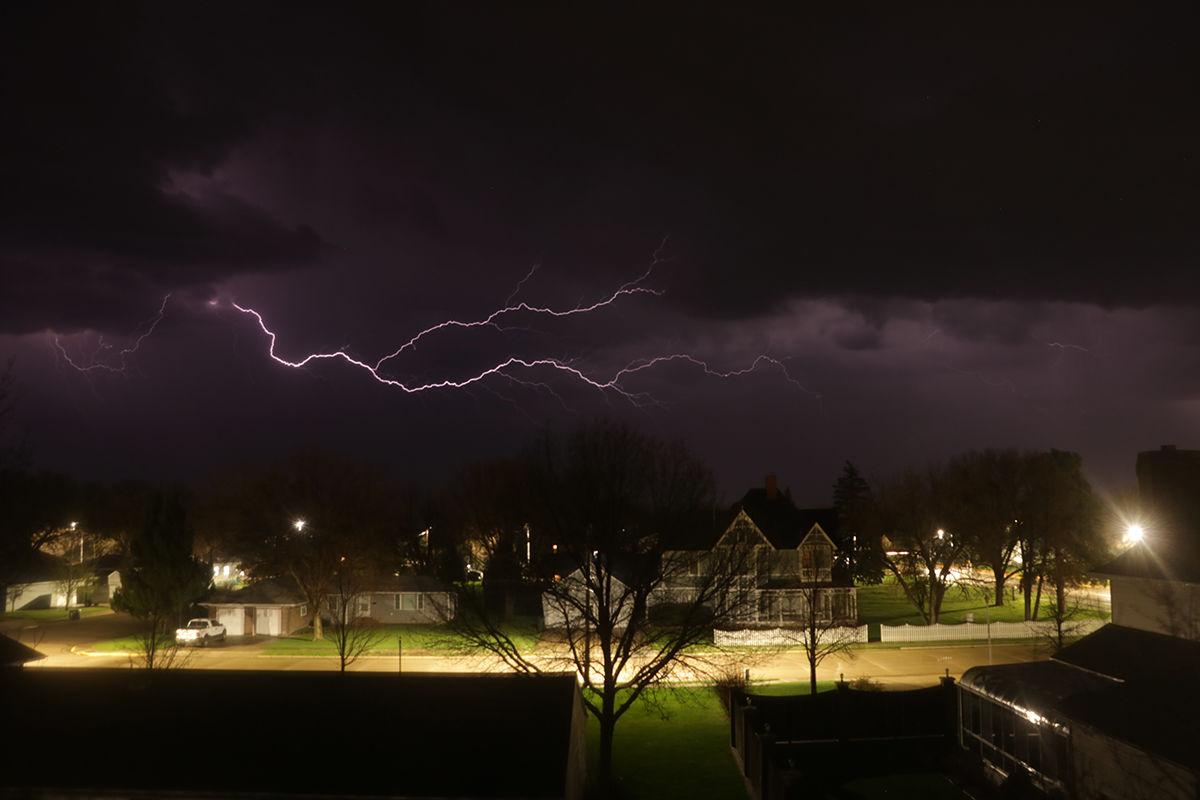 The National Weather Service advises, “When Thunder Roars, Get Indoors.” Lightning continues to be one of the number one killers associated with severe weather, around 47 people die each year from lightning strikes.

Have a plan in place before severe weather ever strikes, know where a safe place to be is in case of the worst. Know the difference between a watch and a warning and how it should effect your actions on seeking shelter.

The National Weather Service advises, “When Thunder Roars, Get Indoors.” Lightning continues to be one of the number one killers associated with severe weather, around 47 people die each year from lightning strikes.

LEXINGTON — Nebraska’s Severe Weather Awareness Week is March 23-27 and the National Weather Service is encouraging people and communities to be “Weather Ready,” before the storms hit.

Dawson and Gosper County are both under the watch of the NWS in Hastings, in total they observe 24 Nebraska counties and six Kansas counties. There are five lead forecasters, three general forecasters and four meteorological interns who observe the weather and determine what forecasts to issue as well as issue watches and warnings.

Knowing the difference between a watch and a warning is crucial to understanding the information being issued by the NWS. A watch means severe weather is possible, the ingredients are in place or a situation which could produce severe weather is incipient.

During this time individuals should be checking on forecast updates, monitoring the sky conditions themselves and having a plan in place on where to seek shelter should severe weather threaten the area.

A warning means severe weather is imminent and one should take action. This involves seeking shelter immediately, seeking further information about the nature and duration of the threat and as always, getting forecast updates from a reliable source.

The most recognizable phenomena of severe weather is a tornado. In Nebraska the months which see the most tornadoes are May and June. The 2019 season saw 35 tornadoes touch down in the Hastings warning area, three of which impacted Dawson County directly.

The EF-1 which struck near Cozad on May 17, 2019 measured 600 yards across, the widest width of all the tornadoes which impacted the NWS Hastings area. May 17 also saw the strongest of these tornadoes, an EF-3 near Stockville and the most tornadoes in one day, 15.

Knowing the risks of a tornado can help keep one safe in the event of one, the NWS encourages everyone to have a plan of action and know a place they can seek shelter in case of a tornado.

Lead time for a tornado warning has increased considerably over the years, from the issuance of a tornado warning, people in the path only have 11 minutes to seek shelter before the tornado hits.

This last minute dash for safety can be avoided by keeping an eye on the forecast when severe weather is imminent and having a way to check on conditions throughout the day. Tornadoes can strike at any time, but statistically occur the most often between 2 p.m. and 8 p.m., with peak times at 5 p.m.

Don’t always wait to see a visible funnel before seeking safety, tornadoes in progress may not always share the characteristic stovepipe shape. A tornado may be in occurring but may not have picked up enough debris to outline the funnel.

Sometimes tornadoes don’t feature a readily visible condensation funnel, but can only be seen by the debris they pick up. Dangerously, sometimes tornadoes are wrapped in rain and can’t be seen even when looking right at the area where they would be. Don’t wait to see the tornado before taking shelter.

The safest place to be in the event of a tornado is underground, preferably under a sturdy piece of furniture. If a location does not have access to a basement or underground shelter, the NWS advises placing as many walls as possible between an individual and a tornado. Rooms with windows are not safe and should be avoided; an interior bathroom is a safer place.

Mobile homes are not safe in the event of severe weather, they should be evacuated and shelter should be found elsewhere.

If one finds themselves in their vehicle confronting a tornado, pull over and keep the seat belt on, lower yourself below the car windows and find anything to take cover under. If one can get safely lower than the roadway, exit the vehicle and lie flat.

Tornadoes have the capability of killing people inside their vehicles after they are lofted from the road. The NWS says the choice should be driven by an individual’s circumstances.

Lightning can be one of the most awe inspiring aspects of severe weather, but it also is extremely dangerous. According to the NWS there are roughly 25 million lightning flashes each year and lightning continues to be one of the top weather related killers. Nearly 47 people a year are killed by lightning.

Simply said, if someone hears thunder, they are at risk of a lightning strike. “When thunder roars, get in doors,” the NWS says. The NWS advises no place outside is safe in the event of lightning. After hearing thunder, move inside a substantial building or an enclosed metal top vehicle.

Being indoors is only part of staying safe during a lightning storm, stay off corded phones, computers and other equipment which is in direct contact with electricity. There are anecdotal stories of lightning striking a home and blowing the landline off the wall.

Avoid plumbing, and do not bathe or wash dishes, lightning can travel through the water streams. Remember pets as well and bring them inside, kennels are not suitable shelter from lightning, chains even less so.

If caught outside during a lightning event, and there is no safe shelter anywhere nearby, get off elevated ground, avoid sheltering under trees and get away from bodies of water. If traveling in a group, spread out, so a current cannot jump between individuals.

The March flooding which affected eastern Nebraska, and the localized flooding in Lexington and Kearney in July has brought the danger of flood safety to the forefront of many Nebraskan’s minds.

If an evacuation order is given, get out of the area as soon as possible before flooding cuts off escape routes. Fremont and Columbus were largely cut off and isolated by flood water during the recent flash flooding, trapping many people in the town until relief arrived.

Do not drive on flooded roadways or around barricades, as little as 12 to 18 inches can carry away most vehicles, including pickup trucks. The NWS advises, “Turn around, don’t drown,” when confronted with water over the roadway.

The depth of water may not be obvious and the roadway may no longer be intact, evidence of this clear from the roadways which were undercut across Nebraska when the flood waters overtook the roads and damaged them.

If confronted with flood waters in the home, avoid any rooms where the water has risen above the electrical outlets or is covering cords. Do not enter a flooded basement as the structure may have been compromised.

The most important ways to prepare for severe weather season is to stay informed, have a plan and be ready to take action if the need arises.

There are a number of ways to keep informed. The NOAA Weather radio constantly broadcasts weather information. The station for Lexington is KGG99. The website for the Hastings coverage area is www.weather.gov/hastings, and the phone number is 402-462-4287. More safety tips and severe weather information can be found on the website.