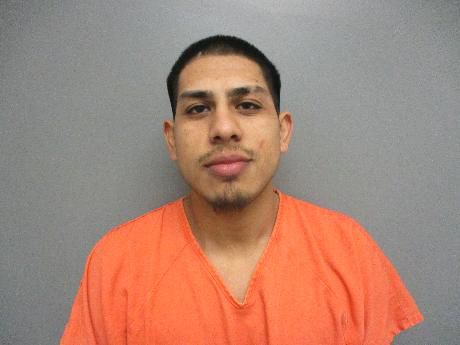 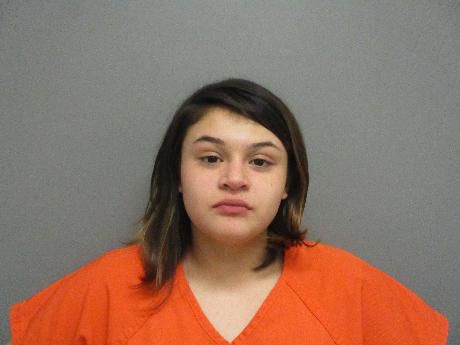 LEXINGTON — A Lexington police officer Friday had to jump into a moving vehicle and brandish a firearm as he sought to arrest a suspect with outstanding warrants.

Gabino M. Laguna, 20, of Lexington and Cecilia E. Reyes, 18, of Grand Island face preliminary hearings next week in Dawson County Court on separate sets of charges in connection with the incident.

Police Officer Joel Kinney said in an arrest affidavit that he was sent just before noon Friday to Casey’s General Store, 902 N. Adams St., to arrest Laguna on various Dawson County warrants that included a charge of escaping from custody.

Kinney saw Laguna sitting in the front passenger seat of a pickup truck. As he opened the vehicle door, Laguna told Reyes to drive. She put the vehicle in reverse as Kinney tried to remove Laguna, the officer said in his affidavit.

To avoid being run over or hit by the passenger door, Kinney leaped into the vehicle. He continued to grapple with Laguna as Reyes drove away, though he told her to stop.

At that point, Kinney said in his affidavit, he brandished his firearm, pointed it at Reyes and once again told her to stop. She did.

As Kinney kept wrestling with Laguna, the latter threw an item out of his pocket into the driver’s side of the vehicle. It was a pipe that tested positive for methamphetamine in a field test, Kinney said in his affidavit.

Other officers then arrived and helped arrest Laguna and Reyes. Kinney suffered several cuts, including one to his chin and another to his hand, he wrote in his affidavit.

Laguna was charged Monday in Dawson County Court with felony counts of third-degree assault of a police officer and possession of a controlled substance; misdemeanor first-degree resisting arrest; and possession or use of drug paraphernalia, an infraction.

County Judge Jeffrey Wightman Monday set a March 19 preliminary hearing for both people. They remain in the Dawson County Jail in Lexington, with bail set at $50,000 for Laguna and $20,000 for Reyes. Either can be released by posting 10 percent of their respective bail amounts.