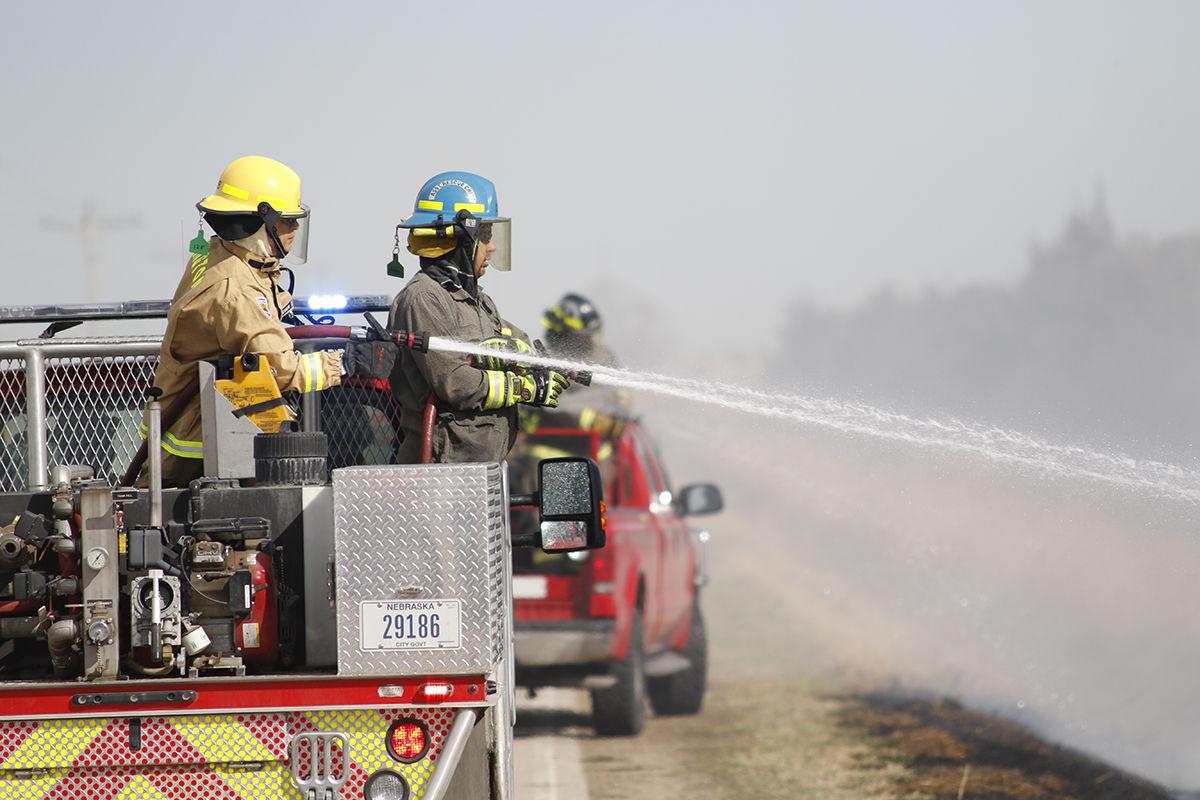 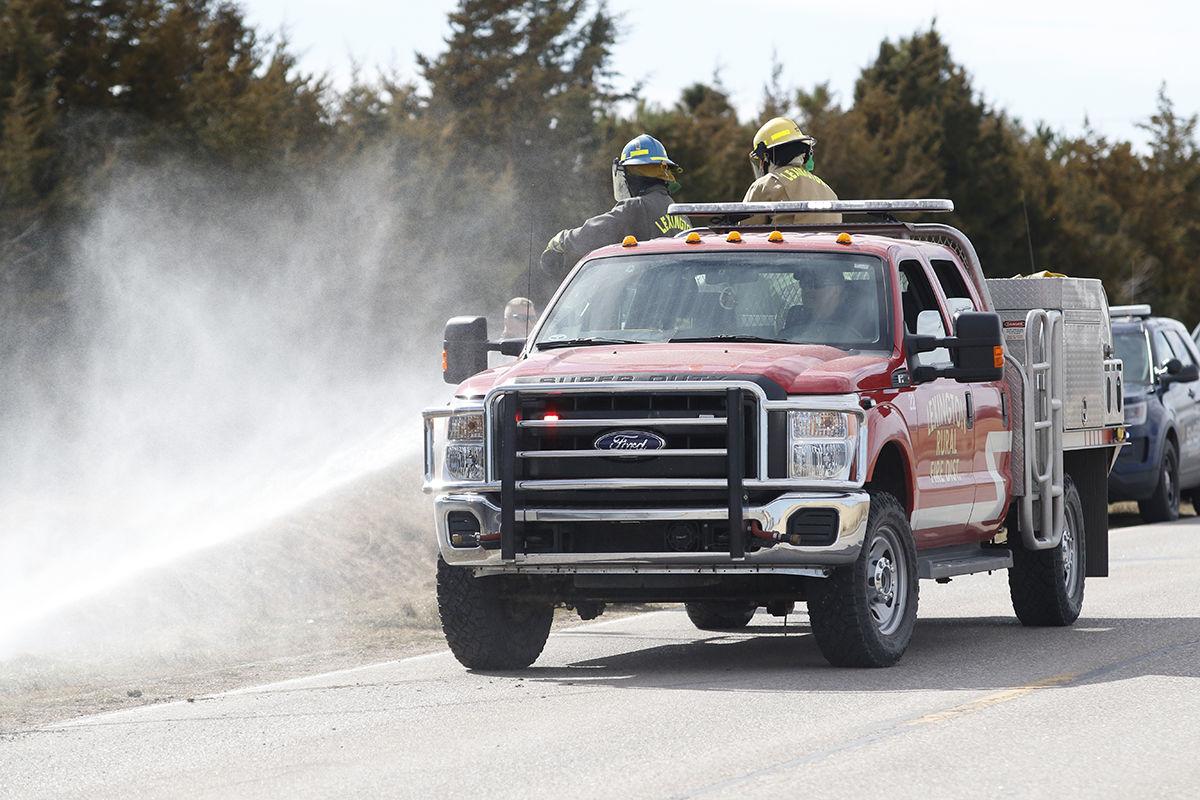 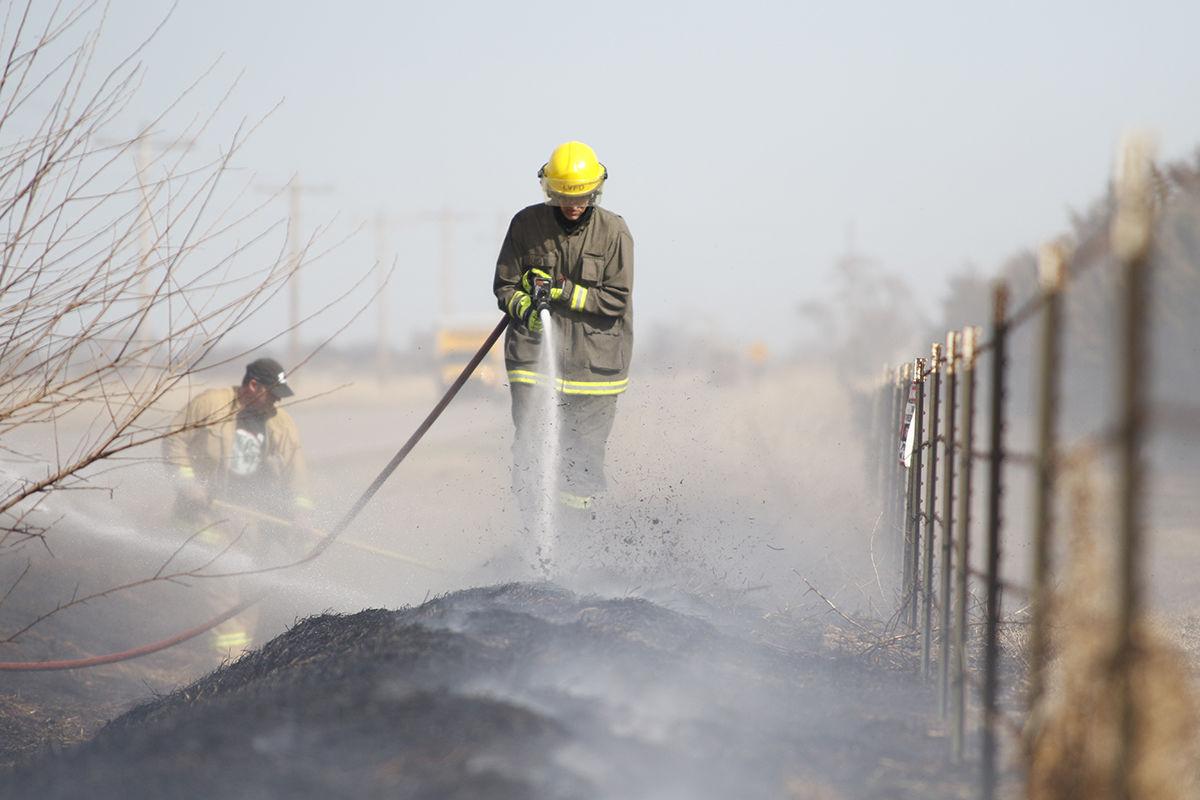 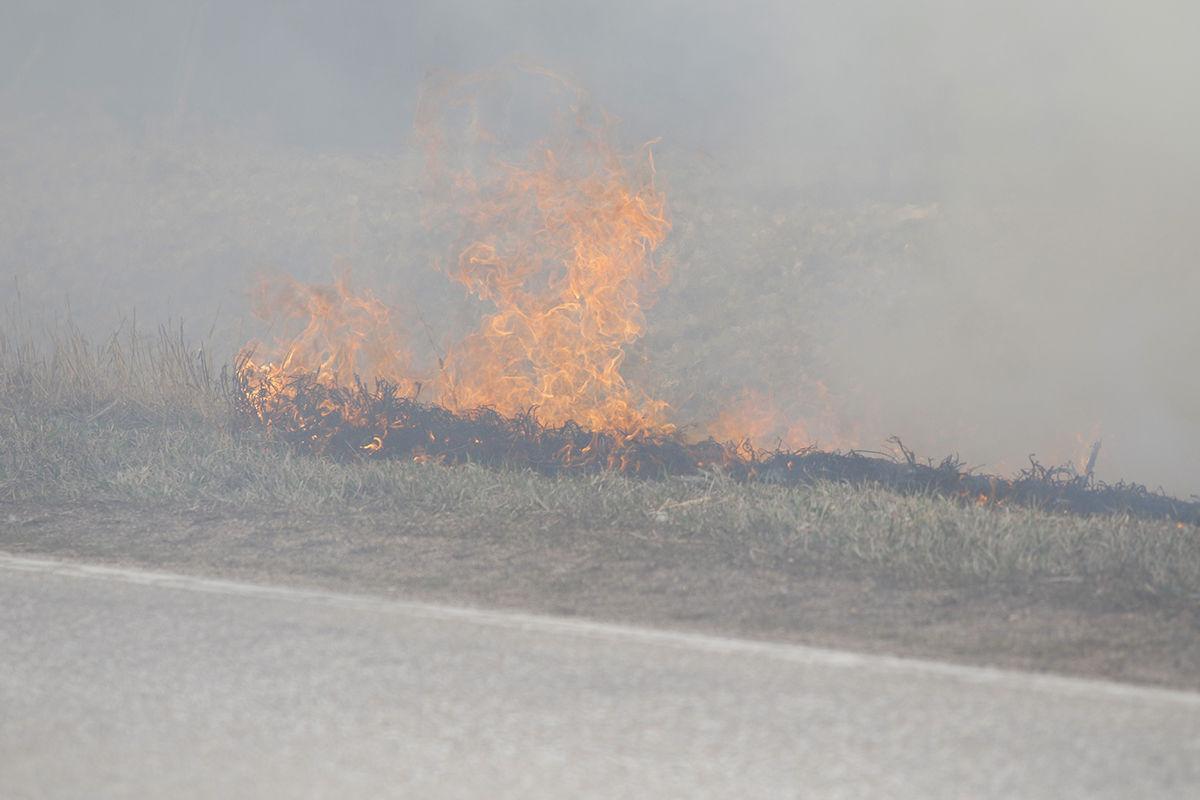 LEXINGTON — A strong west wind helped to spread a grass fire down the south ditch of East Prospect Road on Wednesday, March 11. The Lexington Volunteer Fire Department quickly handled the fire after arriving on scene.

Shortly before 4 p.m. the Lexington Volunteer Fire Department was dispatched to E. Prospect Rd., just north of the Tyson Water Treatment Facility, after a grass fire was reported in the ditch.

Around 15 firefighters, in two utility rigs and one pumper truck arrived on scene shortly after.

A west wind around 20 mph with gusts up to 26 mph had spread the fire farther to the east down the ditch and the firefighters set to work soaking the area and then addressing any hot spots which remained. The fire was under control after 10 minutes.