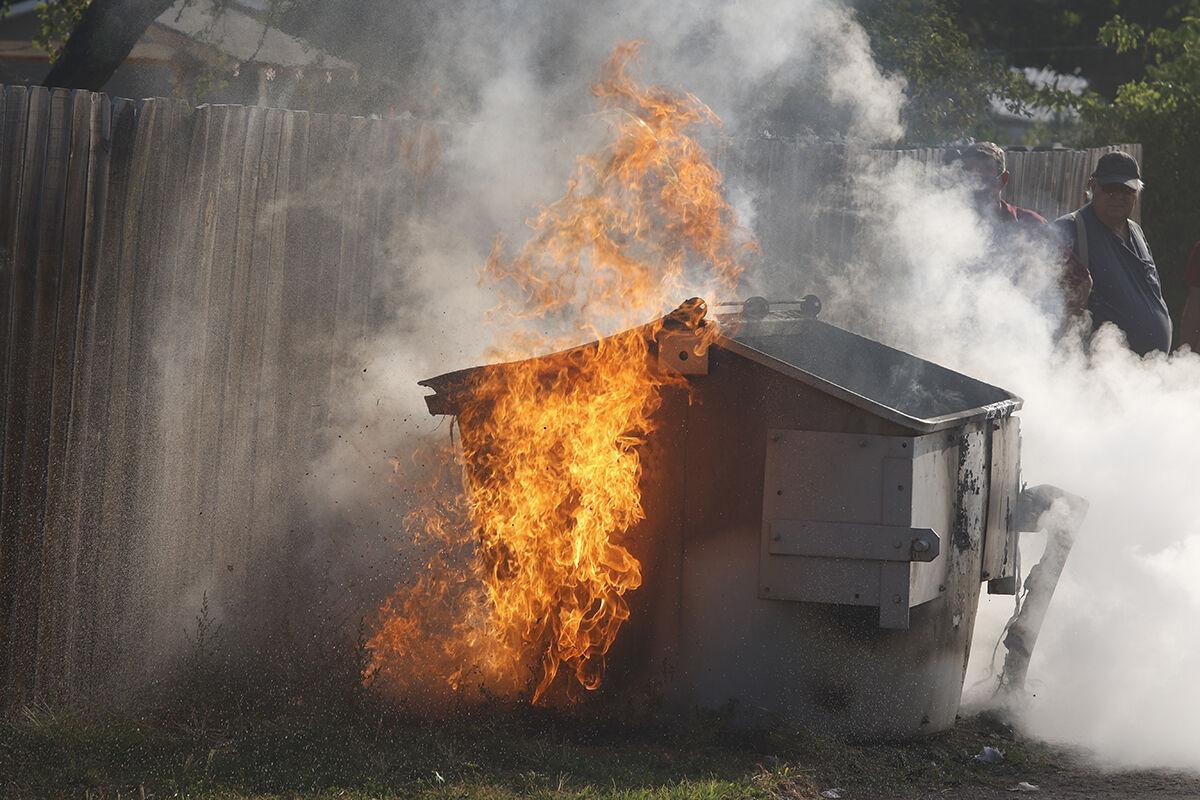 Flames erupt as the water hose is turned on the fire. 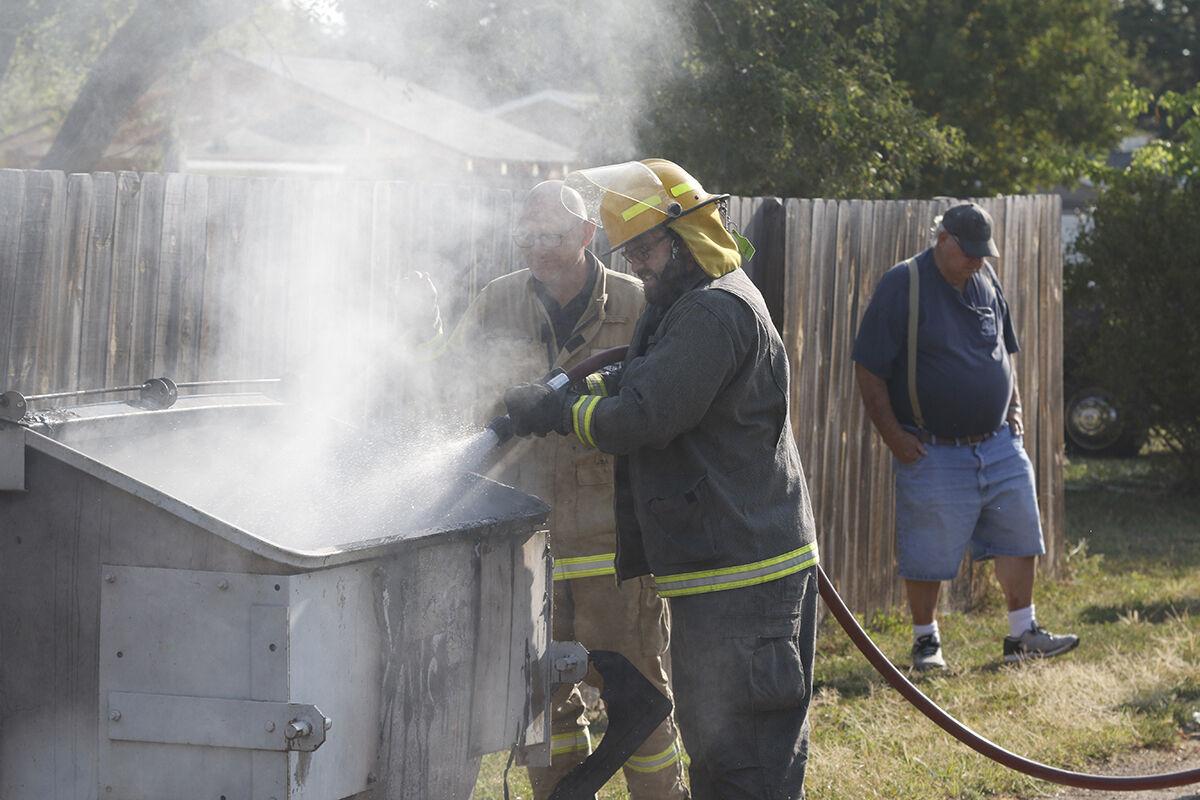 LEXINGTON — Hot coals from a fire pit are believed to be the cause of a dumpster fire which occurred in an alley off Erie St. during the morning of Friday, Aug. 28.

Around 9:22 a.m. the Lexington Volunteer Fire Department was dispatched to an alley off Erie St., between 9th and 10th St. for the report of a dumpster on fire. Officers with the Lexington Police Department also arrived on scene.

Upon arrival the fire had escaped the dumpster was burning in the grass behind it.

Three firefighters arrived in a utility rig, with two other members arriving on scene separately. The fire was quickly extinguished and contained.

LVFD Rescue Chief Doug Glaze believed the fire had been smoldering for some time in the dumpster and was caused by hot coals from a fire pit.

Damage was regulated to the dumpster.

Overton man killed in single vehicle rollover during the night of Sept. 6

OVERTON — A resident of rural Overton was killed during the night of Sunday, Sept. 6 after his vehicle entered a ditch and rolled into a ravine.

Flames erupt as the water hose is turned on the fire.