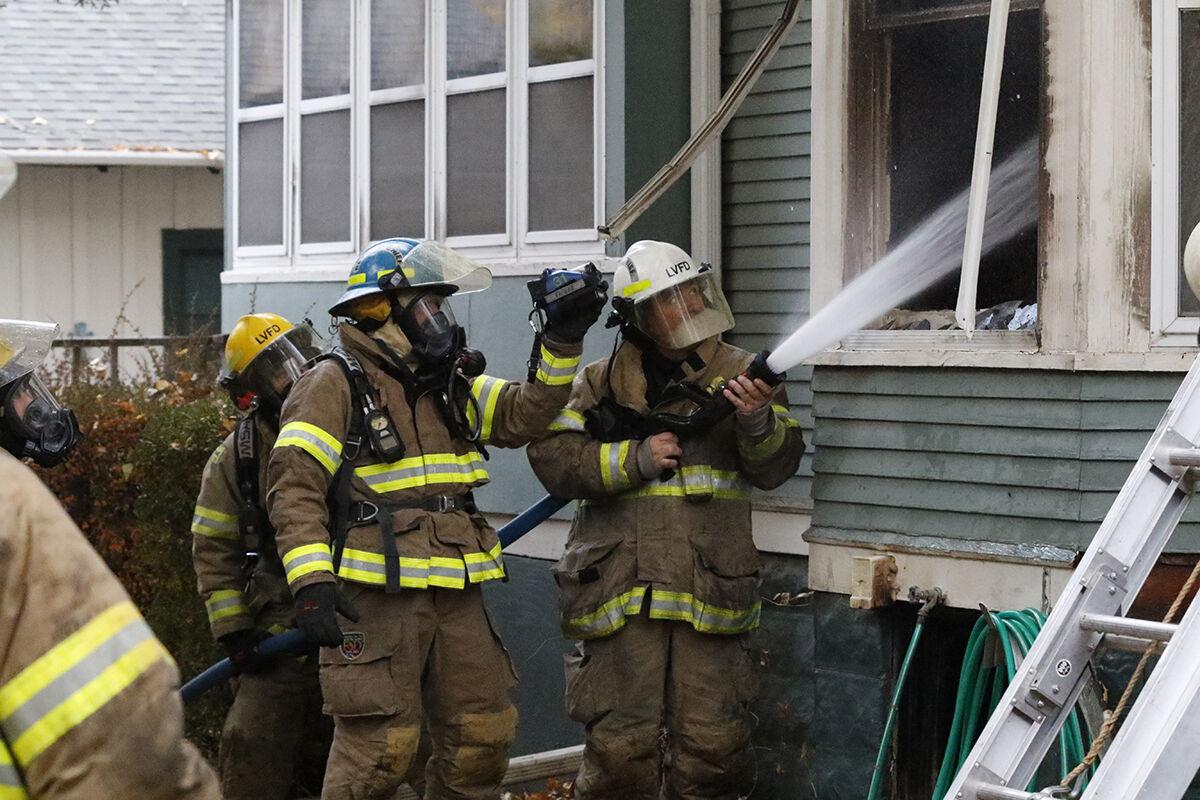 LVFD Assistant Fire Chief Bo Berry, right, suppresses a hotspot on the south side of the house Friday morning. 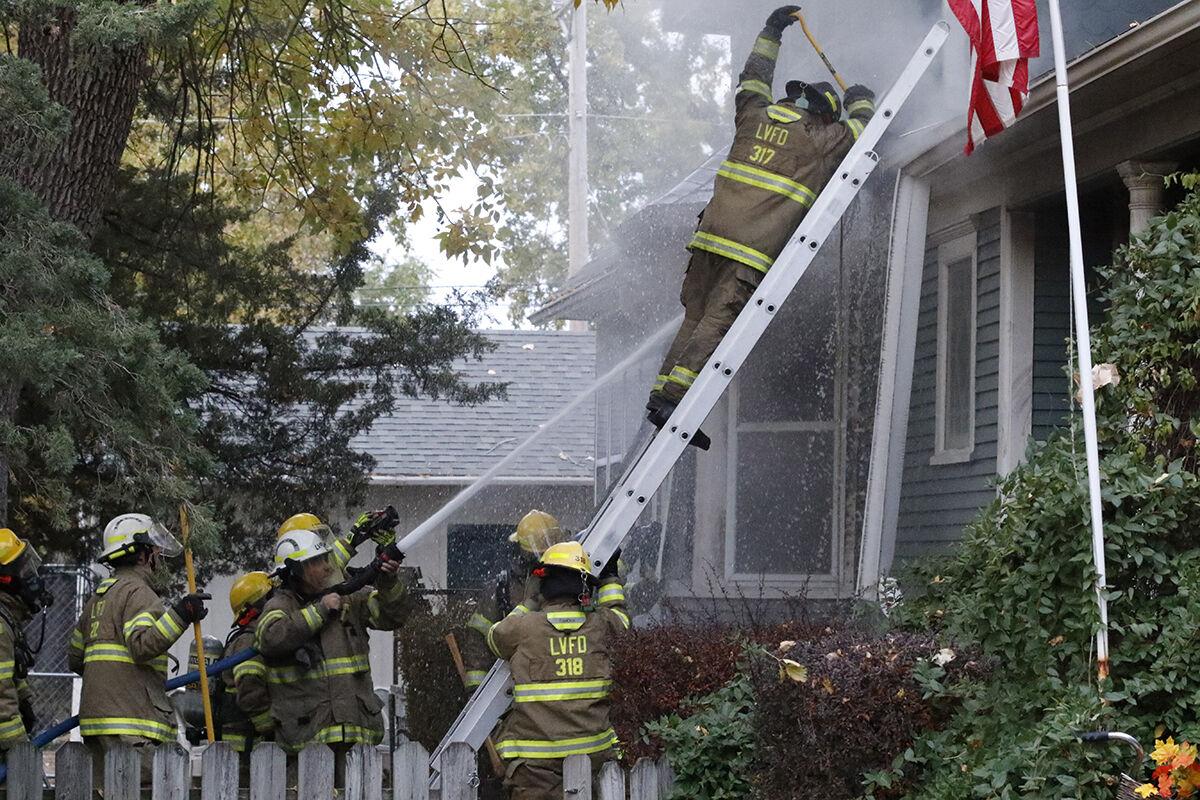 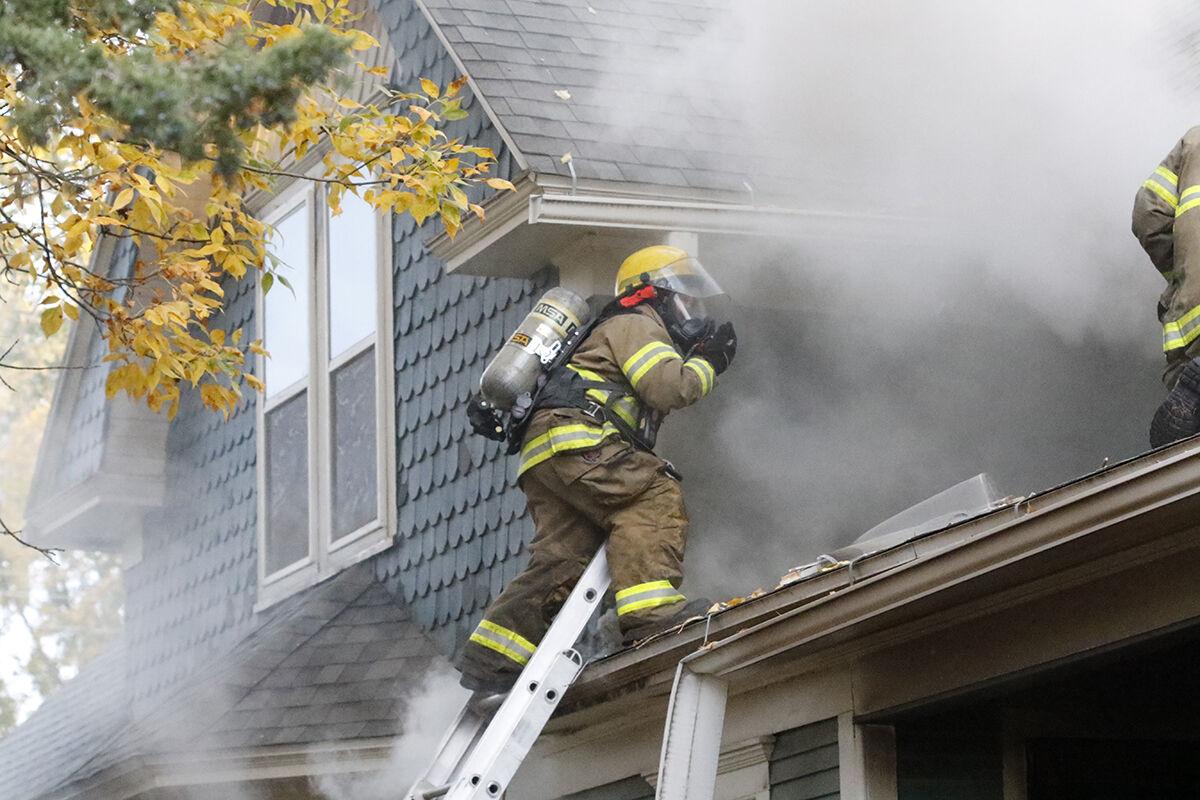 A LVFD firefighter accesses the second floor via a ladder while smoke pours out of the building. 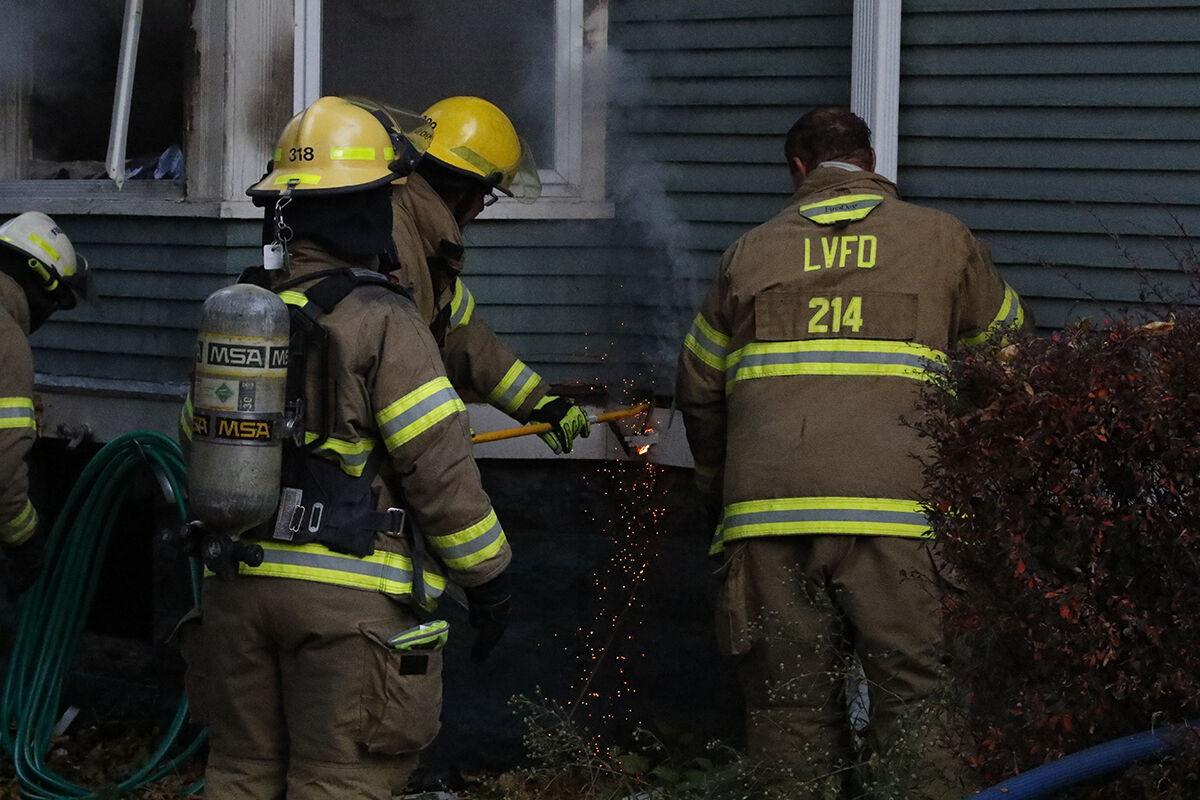 LEXINGTON — A home on north Madison St. was reported as fully engulfed by a fire on Friday morning.

Around 7:30 a.m. on Friday, Oct. 16, the Lexington Volunteer Fire Department was dispatched to 1511 N. Madison St. for the report of a fire.

The fire appeared to have originated in the basement. Due to the age of the home and lack of fire breaks, the fire was able to spread up the walls to the first floor and the second floor on the south side of the structure.

Part of the floor had collapsed in the living room area, preventing firefighters from accessing it, the stairs were also compromised and force the firefighters to use ladders to access the second floor.

Multiple LVFD members were on scene, along with several apparatuses. The Lexington Police Department and the Dawson County Sheriff’s Office assisted on scene.

LEXINGTON — Hy-Vee has purchased the former Orscheln building and will be bringing a Dollar Fresh grocery store to the location.

After collision with pickup, van continues on to hit parked NPPD boom truck in Lexington

LEXINGTON — After a collision at a street intersection with  a pickup, a Honda van veered off and hit a parked Nebraska Public Power District …

LEXINGTON — A 114 year old home on Madison St. was consumed by a fire on Friday morning and will likely be considered a total loss, along with…

DARR — Troopers with the Nebraska State Patrol (NSP) have arrested two people after locating 60 pounds of marijuana during a traffic stop near Darr.

LEXINGTON — The 2020 Lexington High School Homecoming King and Queen were crowned during the LHS football game against Alliance on Friday, Oct. 16.

NEBRASKA — Amid the growing COVID-19 cases across Nebraska, Governor Pete Ricketts has reimposed some of the public health restrictions which …

LVFD Assistant Fire Chief Bo Berry, right, suppresses a hotspot on the south side of the house Friday morning.

A LVFD firefighter accesses the second floor via a ladder while smoke pours out of the building.