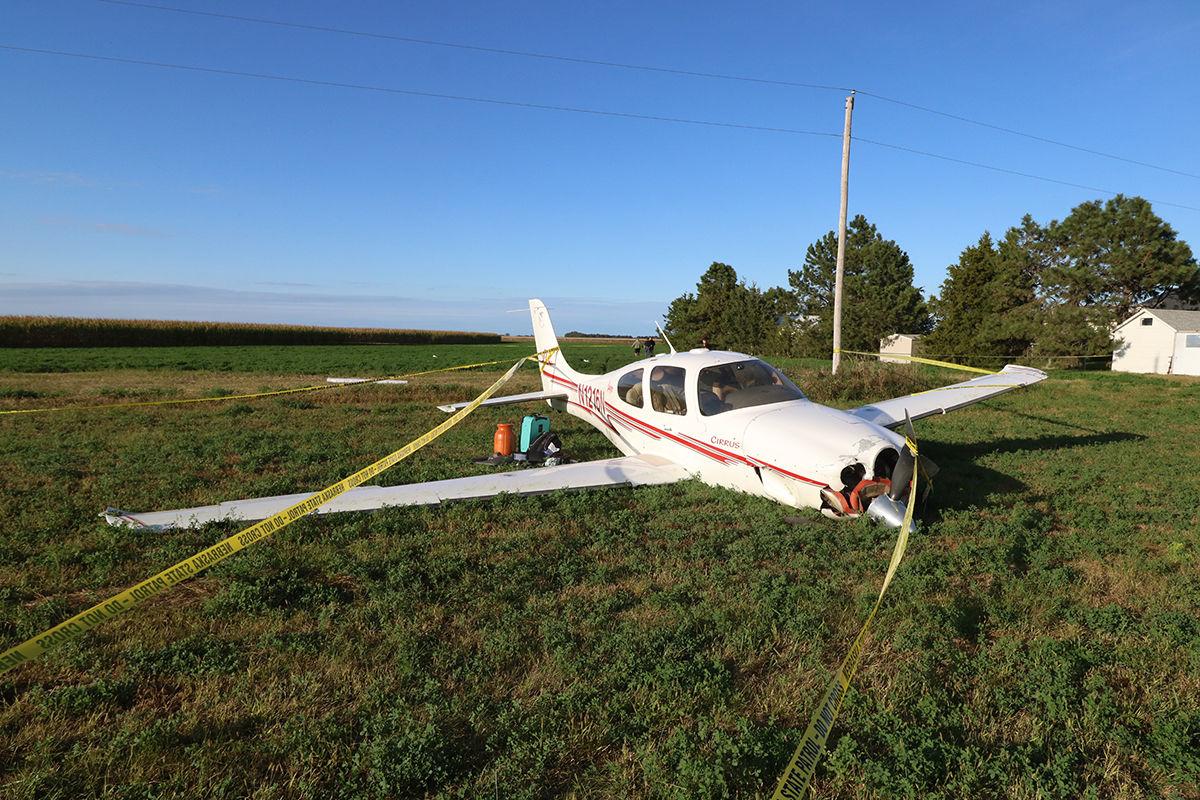 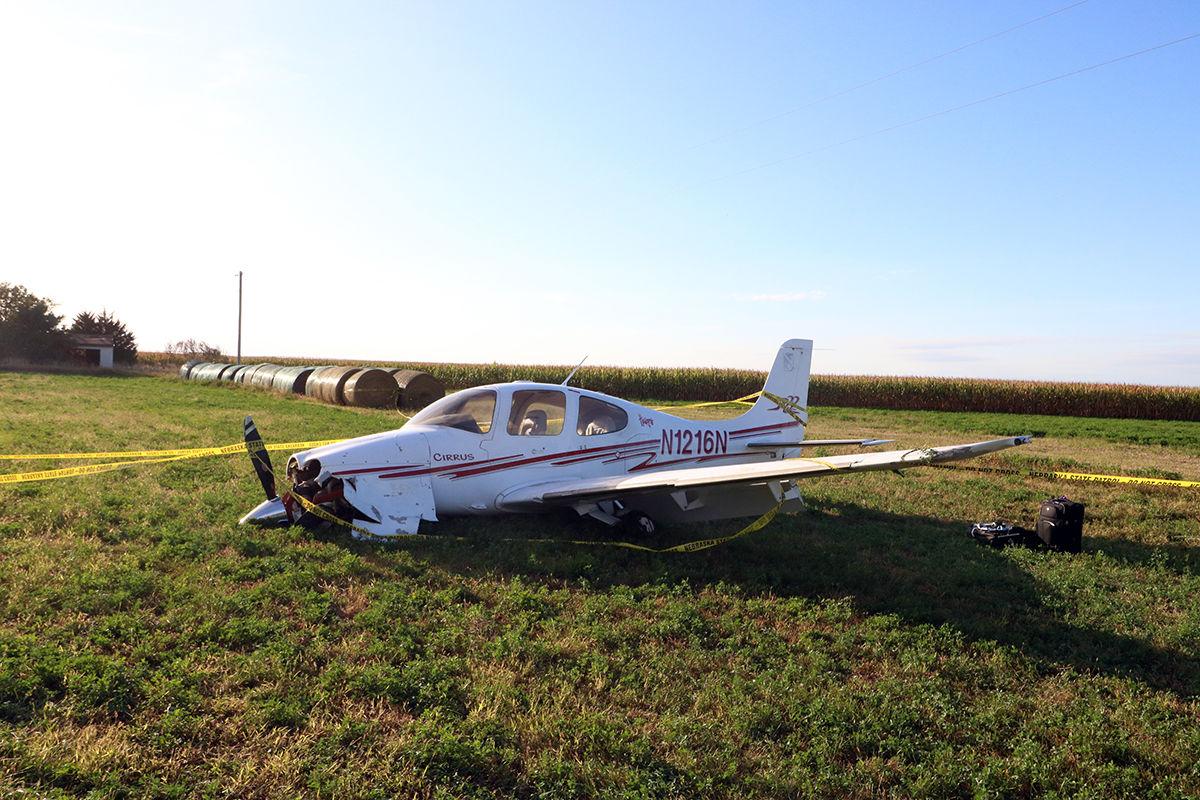 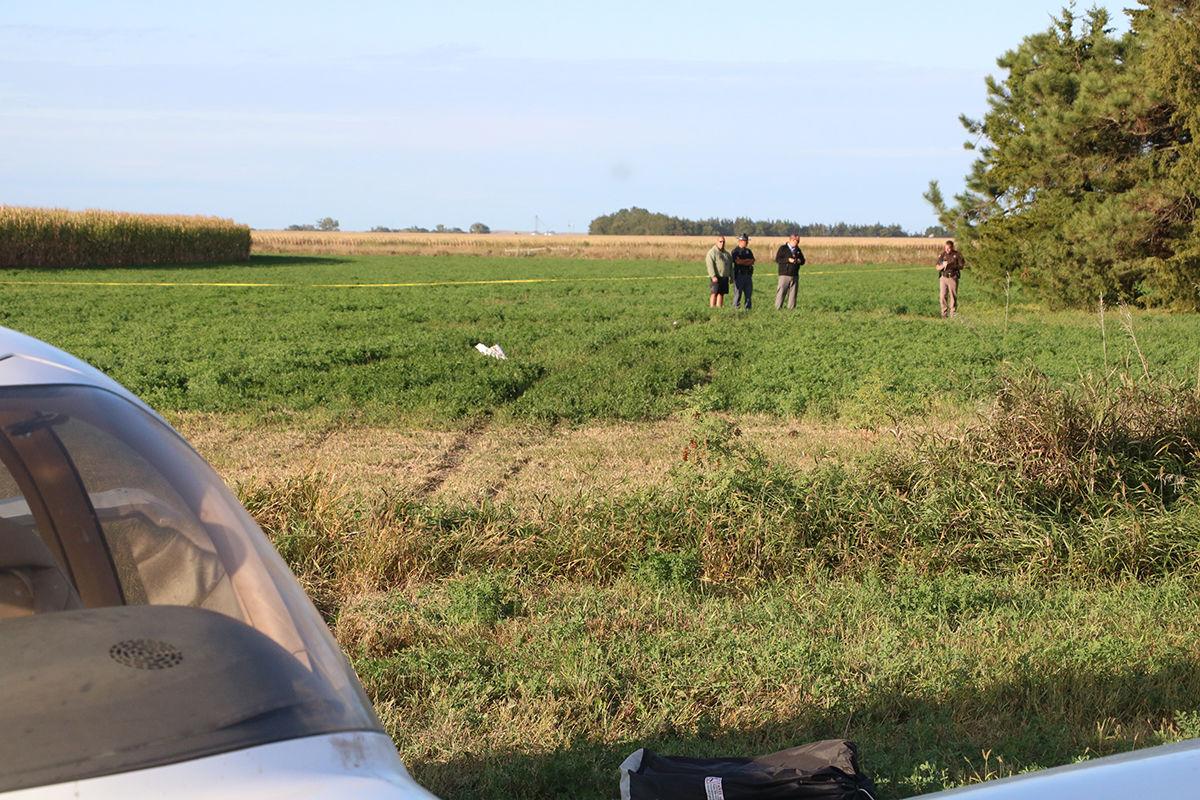 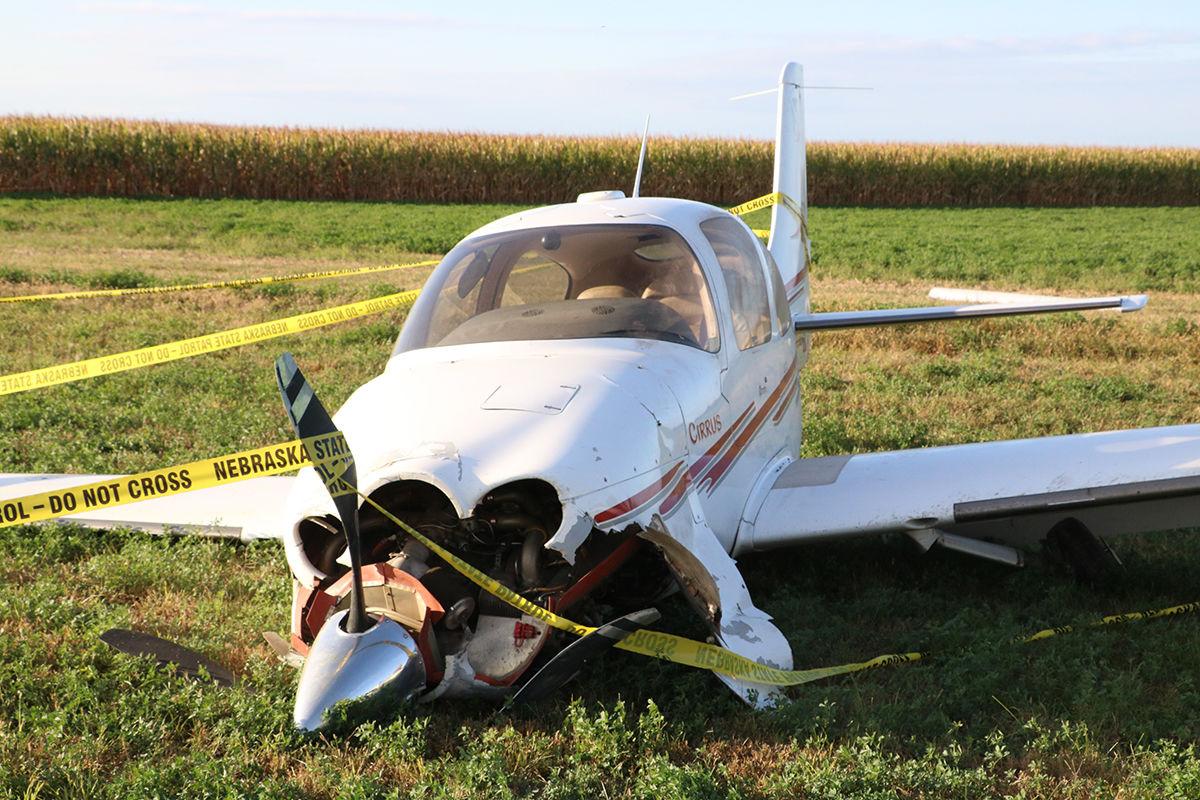 According to Lieutenant Tucker Case with the Dawson County Sheriff’s Office, the aircraft crashed one mile west of Lexington after attempting to land at the airfield. The aircraft skidded though a hay field and narrowly missed a residence.

Strong cross winds out of the east were determined to be a factor in the crash.

The Cirrus SR22 is registered to Riley George ,65, of Eustis, according to the Federal Aviation Administration registry. Riley was piloting the aircraft at the time of the crash. The passenger was 64 year old Marcia George. Both sustained very minor injuries according to Case.

The aircraft sustained damage to its nose wheel, propellers, engine and right wing.

Wayne Lichtenwalter, who lives near the airfield said he didn’t see the crash, but heard the sound of the throttle being cut and then a aircraft impacting the ground. He said he thought it was going to crash through his yard.

The property the plane crashed in is owned by KKR Farms, LLC based out of Colorado Springs, according to the Dawson County GIS website.

Local law enforcement on scene was the Dawson County Sheriff’s Office and the Nebraska State Patrol. The Lexington Volunteer Fire Department was also called to the crash site.

The Federal Aviation Administration will conduct their own investigation into the crash, said Case.