NEW YORK (AP) — Camilo won his first Latin Grammy Award last year and could soon have many more in his hands: The Colombian singer-songwriter of hits like "Tutu" and "Favorito" received a leading 10 nominations Tuesday, including song of the year and record of the year, for "Vida de Rico," and album of the year for "Mis Manos" (My Hands).

“I am so happy! I am very proud, but I am just the face... these nominations are for a lot of people who have been working with me to make all these productions, this album ‘Mis Manos,’" Camilo told The Associated Press in a phone interview from London, where he landed moments before from Barcelona to continue his European tour.

“It fills me with great pride that an album that we made as a family with so much love, raising my identity as a Colombian singer-songwriter,” has been so recognized. “I make music because music is my passion, but to receive 10 nominations! I am honestly in a little cloud of joy.”

The Latin Grammy Awards, in its 22nd year, will return to the MGM Grand Garden Arena in Las Vegas after being held last year in Miami without an audience because of the pandemic. The gala will be aired live on Univision on Nov. 18, shortly after the "Premiere" — a livestreamed event in which most of the trophies will be handed out.

Camilo competes twice in the record of the year and song of the year categories. The first one also features "Amen" — a collaboration with his wife Evaluna Montaner, his father-in-law Ricardo Montaner and his brothers-in-law Mau and Ricky. In the second one, which recognizes the songwriters, he appears as co-author of "Dios Así Lo Quiso" performed by Ricardo Montaner and Juan Luis Guerra.

"Vida de Rico" was also nominated for best pop song and "Mis Manos" for best pop vocal album. But Camilo, whose sophomore album dared to experiment with rhythms including bachata, calypso, cumbia and perreo, transcended to categories in other music genres: best urban fusion/performance with "Tattoo (Remix)" along with Rauw Alejandro; best tropical song as co-writer of "Dios Así Lo Quiso," and best regional song for "Tuyo y Mío," which he performs with the norteño music duo Los Dos Carnales.

C. Tangana, meanwhile, has already received two golden gramophones and is competing for five: album of the year and record of the year for "El Madrileño" and "Te Olidaste" (with Omar Apollo), respectively; as well as best pop/rock song for "Hong Kong" and best alternative song for both "Nominao" and "Te Olvidaste".

The general categories include 10 or more nominees each from a variety of music genres and nationalities. The presence of female artists, however, is quite limited in the three main ones.

Among the 11 candidates for record of the year, there are only two women: Colombian pop singer Paula Arenas for "A Tu Lado", and Evaluna Montaner with her family for "Amén". Arenas is also among the 10 nominees for album of the year with "Mis Amores", along with Nana Caymmi for "Nana, Tom, Vinicius" and last year's winner Natalia Lafourcade, this time for her follow up "Un Canto por México, Vol. II".

Karol G, a fan favorite who won best new artist in 2018 and last year received four Latin Grammy nominations, three of them in the main categories, was relegated to the urban music sections with only one nod: best reggaeton performance for "Bichota", and she's the only woman in the race.

However, the coveted best new artist award has a slight majority of female contenders, with six out of 11. The candidates are Giulia Be, María Becerra, Bizarrap, Boza, Zoe Gotusso, Humbe, Rita Indiana, Lasso, Paloma Mami, Marcos Mares and Jualiana Velásquez.

Two English-speaking superstars made the list this year: The Weeknd, in the best urban fusion/performance category for the remix of Maluma's "Hawái," and Selena Gomez for the music video of "De Una Vez," her Spanish hit released last January that has collected more than 82 million views on YouTube.

Photos: Scenes from the 2020 Latin Grammys

Disney projects an $8 billion increase in its 2022 content budget

Disney projects an $8 billion increase in its 2022 content budget

Receive the latest in local entertainment news in your inbox weekly! 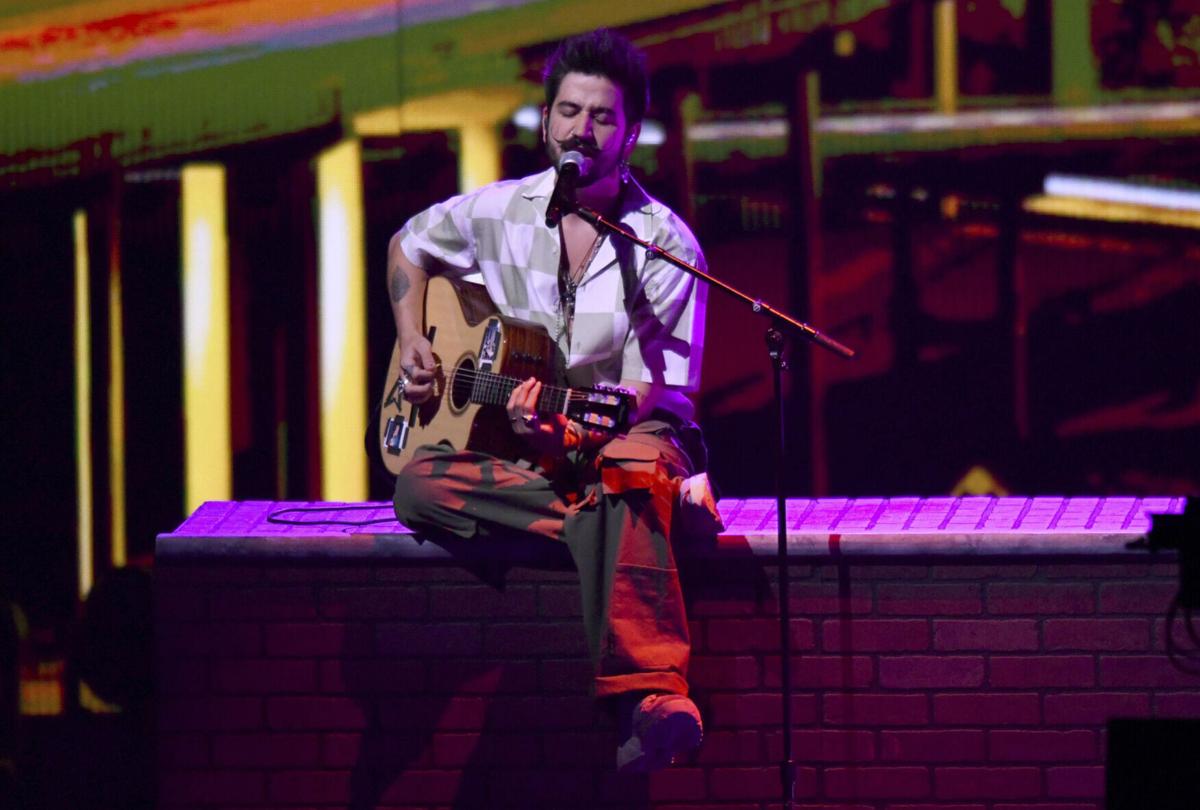 Camilo, shown performing on Feb. 14, 2021, in Miami, earned the most Latin Grammy nominations on Tuesday, garnering 10, including ones for song of the year and record of the year, for “Vida de Rico”, and album of the year for “Mis Manos” (My hands).